US commission seeks sanctions against Shah if CAB passes in Parliament 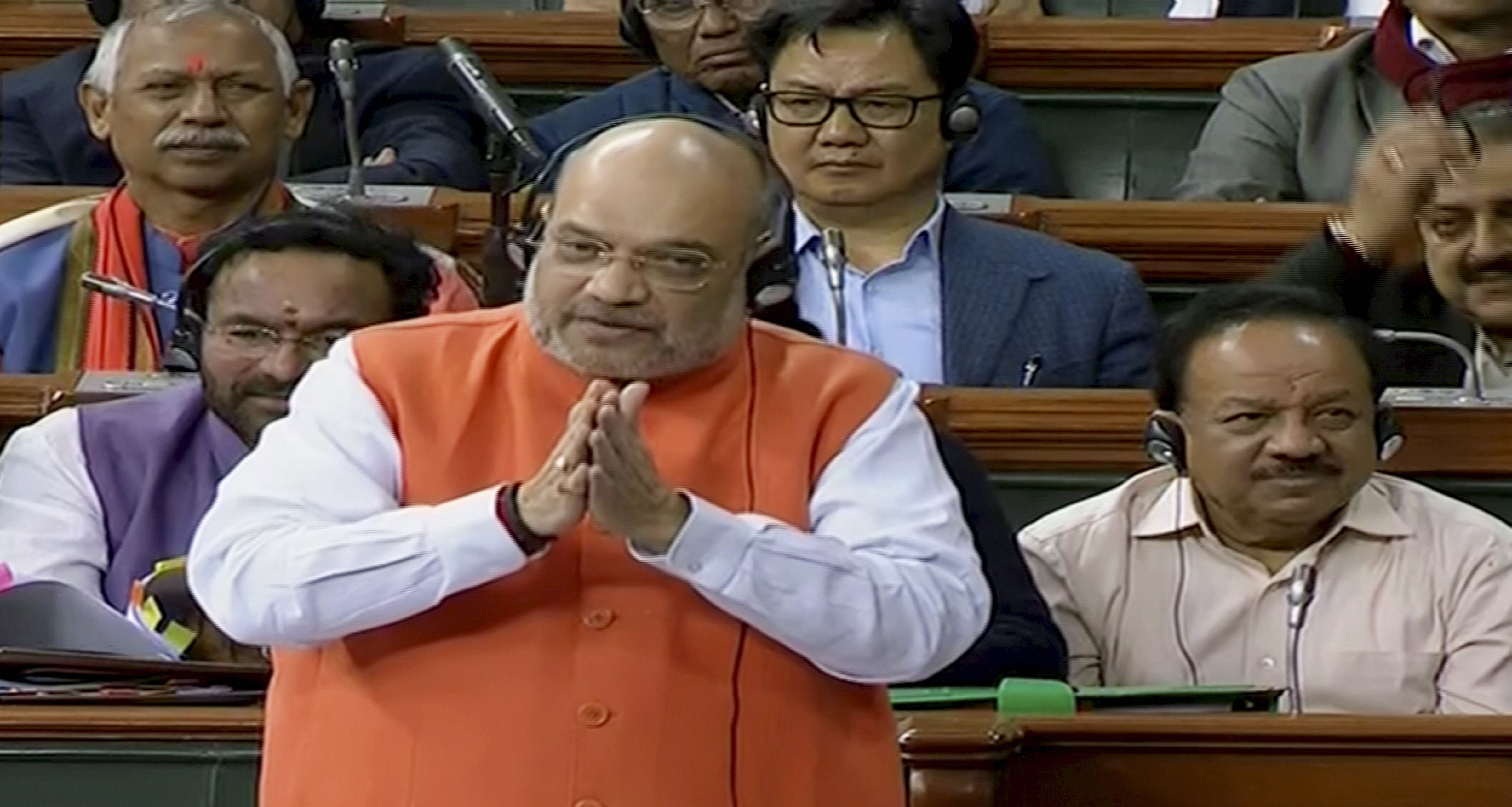 A federal US commission on international religious freedom has said that the Citizenship Amendment Bill is a 'dangerous turn in the wrong direction' and sought American sanctions against Union home minister Amit Shah if the bill is passed by both houses of the Indian Parliament.

According to the proposed legislation, members of Hindu, Sikh, Buddhist, Jain, Parsi and Christian communities, who have come from Pakistan, Bangladesh and Afghanistan, till December 31, 2014, facing religious persecution there, will not be treated as illegal immigrants but given Indian citizenship.

In a statement issued on Monday, the US Commission for International Religious Freedom (USCIRF) said that it was deeply troubled over the passage of the bill in Lok Sabha.

'If the CAB passes in both Houses of Parliament, the US government should consider sanctions against the home minister Amit Shah and other principal leadership,' the commission said.

'USCIRF is 'deeply troubled' by the passage of the CAB, originally introduced by home minister Shah in the Lok Sabha given the religion criterion in the bill,' it added.

Shah on Monday introduced the controversial bill in Lok Sabha, where it was passed with 311 members favouring it and 80 voting against it, will now be tabled in the Rajya Sabha for its nod.

Shah while introducing the bill had made it clear that people belonging to any religion should not have any fear under Prime Minister Narendra Modi government as he asserted that the bill will give relief to those minorities who have been living a painful life after facing persecution in neighbouring countries.

Shah asserted that the bill has the endorsement of 130 crore Indian citizens and rejected suggestions that the measure is anti-Muslims, saying it will give rights to persecuted minorities from Pakistan, Bangladesh and Afghanistan.

'Citizenship amendment bill has the endorsement of 130 crore citizens of the country as it was the part of the BJP manifesto in 2014 as well as 2019 Lok Sabha elections,' he said.

However, the bill has been opposed by the Congress, Trinamul Congress and other Opposition parties.

USCIRF alleged that the CAB enshrines a pathway to citizenship for immigrants that specifically excludes Muslims, setting a legal criterion for citizenship based on religion.

'The CAB is a dangerous turn in the wrong direction; it runs counter to India's rich history of secular pluralism and the Indian Constitution, which guarantees equality before the law regardless of faith,' it said.

Stating that in conjunction with the ongoing National Register of Citizens (NRC) process in Assam and the nationwide NRC that the home minister seeks to propose, the commission said: 'USCIRF fears that the Indian government is creating a religious test for Indian citizenship that would strip citizenship from millions of Muslims'.

It also said that for more than a decade now the Indian government has ignored the statements and annual reports of the USCIRF.

India from the days of the previous United Progressive Alliance (UPA) regime has consistently said that it does not recognises a third country's views or reports on its internal affairs.

It is based on this ground that India for more than a decade now has denied visas to USCIRF to travel to India for their on the ground assessment of the religious freedom in India.

Recommendations of USCIRF are not enforceable. However, its recommendations are seriously taken into consideration by the US government, in particular by the state department, which is tasked with powers to take sanctionable actions against foreign entities and individuals for violation of religious freedom and human rights.