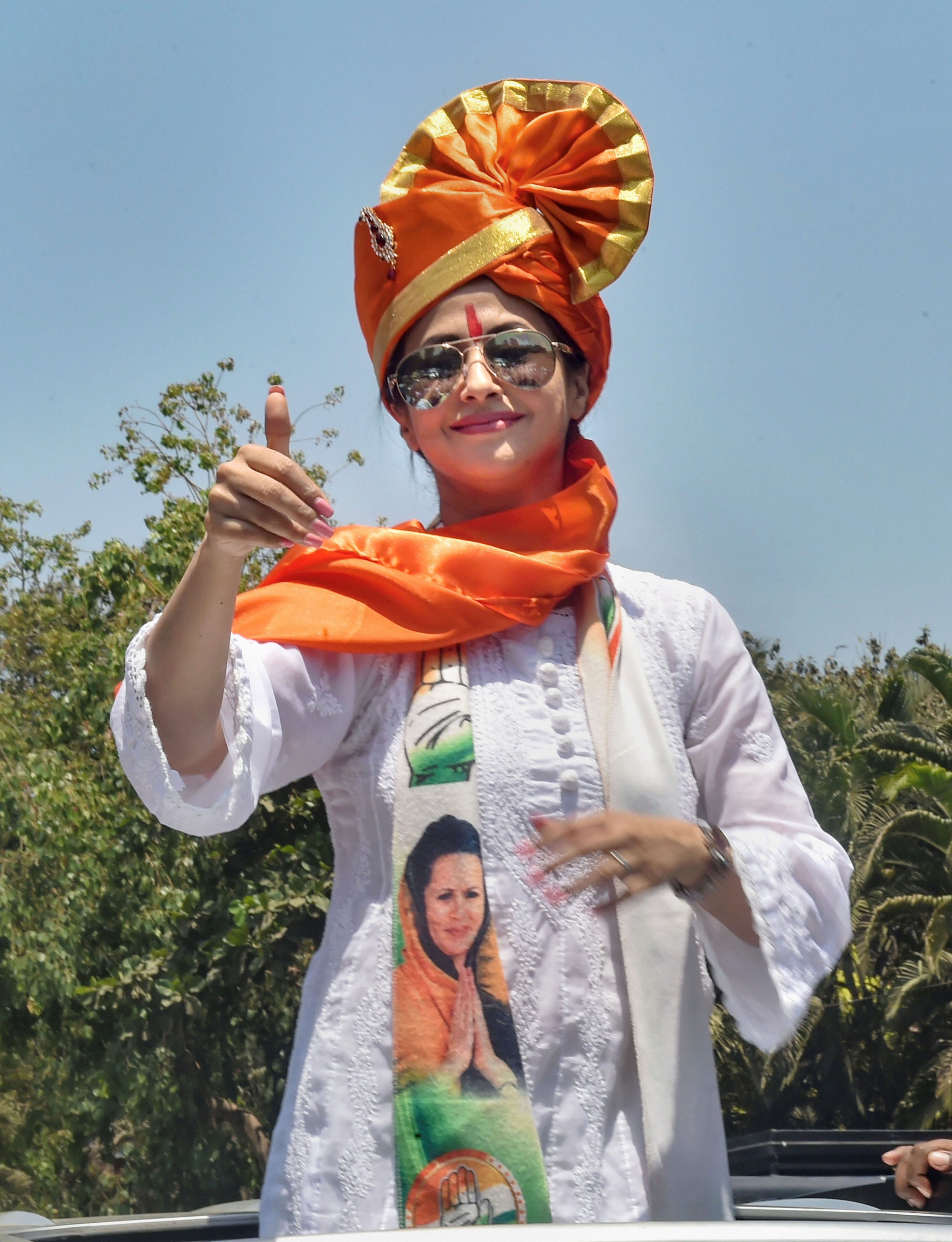 Actor-turned-politician Urmila Matondkar on Tuesday announced her resignation from the Congress, owing to 'petty in-house politics'.

The announcement by Matondkar, who had bagged 2,41,431 votes across six segments of the Mumbai North seat, came as a huge embarrassment for the Congress, which is struggling to keep its flock together ahead of the Maharashtra assembly polls, slated to be held next month.

Matondkar, who joined the Congress in March this year, was defeated by BJP leader Gopal Shetty in the polls.

In a statement, Matondkar said that the key functionaries of Mumbai Congress are either unable or not committed to transform the party.

'I have resigned from the Indian National Congress. My political and social sensibilities refuse to allow vested interests in the party to use me as a means to fight petty in-house politics instead of working on a bigger goal in Mumbai Congress,' she said.

Matondkar said the first thought of resignation came to her mind when she realised that 'no action' was taken on her letter dated May 16 despite her 'repeated efforts'. The letter was addressed to the then Mumbai Congress president Milind Deora.

In the letter, Matondkar had criticised the conduct of Sandesh Kondvilkar and Bhushan Patil, both close associates of Sanjay Nirupam, former Mumbai Congress president.

'Thereafter, to my utter dismay, the letter containing privileged and confidential communication was conveniently leaked to the media, which according to me, was an act of a blatant betrayal. Needless to say, no one from the party was apologetic or even concerned for the same despite my repeated protests,' she said.

Matondkar claimed some of the persons named in her letter for the 'shoddy performance' of the Congress in the elections were 'rewarded with newer positions.'

'It is obvious that the key functionaries of the Mumbai Congress are either unable or not committed to bring about change and transformation in the organisation for the betterment of the party,' she said.

Although Matondkar's statement did not mention her next political move, she said that she has stood by her 'thoughts and ideologies' and will continue to work for the people 'with honesty and dignity.'