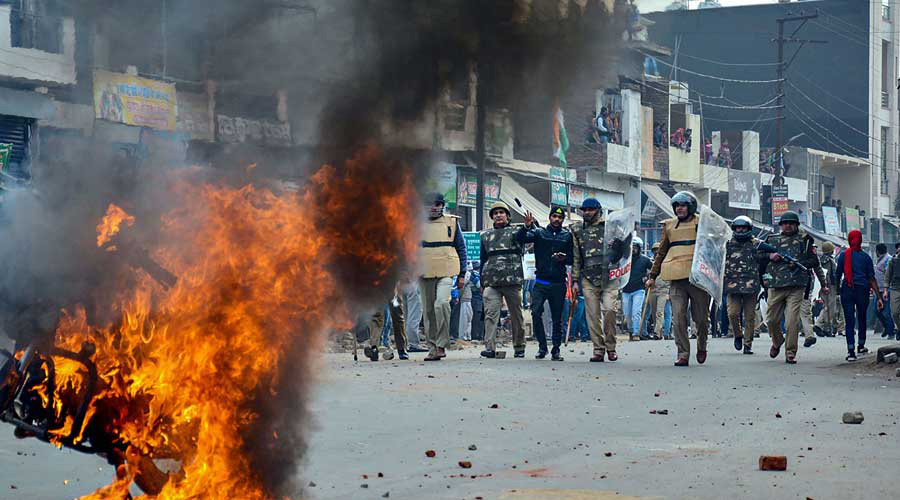 The communal violence that started during and after the Nangla Mandaur rally eventually claimed 60 lives and displaced 50,000 people in Muzaffarnagar.
File picture
PTI   |   Muzaffarnagar   |   Published 28.03.21, 01:30 AM

A local court on Friday allowed the Uttar Pradesh government to withdraw a case against 12 BJP leaders, including state minister Suresh Rana and legislator Sangeet Som, for allegedly inciting violence during the 2013 Muzaffarnagar riots.

The special court judge, Ram Sudh Singh, on Friday allowed the government counsel to withdraw the case in public interest.

The accused were alleged to have participated in a mahapanchayat and incited violence through their speeches in August 2013.

At least 62 people were killed and more than 50,000 displaced in the communal clashes in Muzaffarnagar.