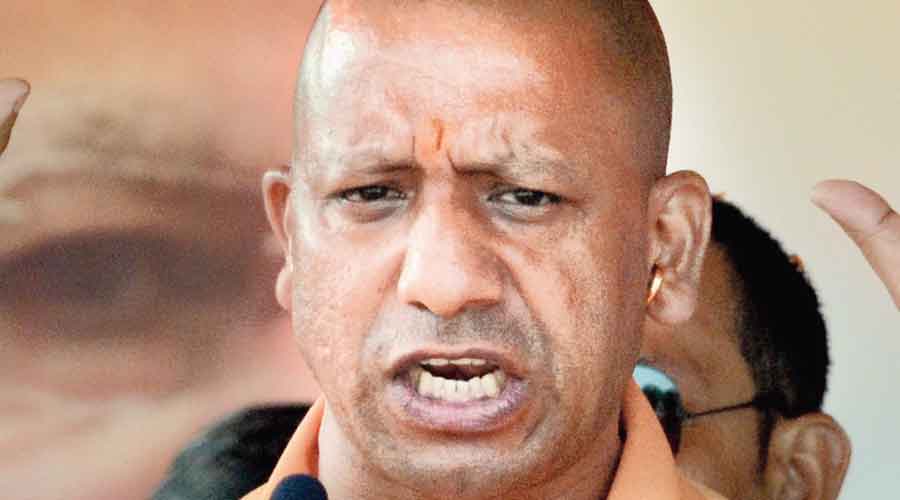 The Uttar Pradesh government’s effort to get the Muzaffarnagar riot cases against two BJP ministers, a party legislator and a Hindutva leader withdrawn is expected to come under higher legal scrutiny following multiple directives issued by an exasperated Supreme Court on Tuesday.

A bench of Chief Justice N.V. Ramana and Justices Vineet Saran and Surya Kant asked the high courts to examine the withdrawal of cases against politicians since September 16, 2020.

It also asked the registrars-general of all high courts to submit a chart of judges, cases pending and disposed-of cases pending against politicians in the special courts.

The Yogi Adityanath government had petitioned a court in December 2020 seeking the withdrawal of cases against the politicians accused of involvement in or provoking the Muzaffarnagar riots of 2013 in which over 60 people were killed. The withdrawal petitions are still pending.

On Tuesday, the Muzaffarnagar riot cases figured among those mentioned in the Supreme Court by senior advocate and amicus curiae Vijay Hansaria.

He said the Uttar Pradesh government had sought to withdraw 76 cases against elected representatives, including the Muzaffarnagar riot cases against Sangeet Som, Kapil Dev, Suresh Rana and Sadhvi Prachi.

Dev and Rana are ministers and Som a BJP MLA while Prachi is a Hindutva proponent.

Since a judgment in 2017 on a PIL filed by advocate Ashwini Upadhyaya, the top court has been monitoring the completion of criminal trials against lawmakers within a year by setting up special courts.

On Tuesday, the CJI expressed strong displeasure at the conduct of the Union government in taking the steps needed to comply with the directives issued by the court since 2017 to expedite such trials.

Justice Ramana said: “We don’t know what’s happening. All these status reports… we only read in the newspapers. Copies are not submitted to us. We get the copies the evening before. We don’t know anything.”

The CJI told solicitor-general Tushar Mehta: “When this matter started, we were assured that the government was very serious about this issue and wanted to do something. But nothing has happened. No progress. When you’re reluctant to even file status reports, what can you expect us to say?”

The court made the observation after being informed by amicus curiae Hansaria that the CBI had not yet filed a status report on the trials against lawmakers and former lawmakers in which the CBI is the prosecuting agency. The Enforcement Directorate had filed the status report in money-laundering offences.

The CJI pointed out that the court had asked the Centre to place the status report as early as on September 10, 2020, and issued a reminder on October 6 when the Centre had sought further time to submit a status report on behalf of the CBI and the ED.

“Then further time was granted. Today also the situation is the same. You have only given the name of the accused and the case but not details like which is the oldest case, numbers etc,” Justice Ramana told Mehta.

Mehta said: “I agree we are lacking. We filed a report yesterday on behalf of the ED. I emphasised the need to the CBI director to immediately place before Your Lordships.”

Justice Ramana told the government’s law officer: “This does not work. Some things have to be presumed. What else can we say to express our displeasure? We were told the Centre is concerned about pending cases against MPs and MLAs.”

Hansaria intervened to say that some of the criminal cases against politicians were pending for seven years.

Mehta pleaded: “I bow to Your Lordships’ directions for an expeditious hearing. We will comply if Your Lordships grant us the last opportunity.”

Justice Ramana told Mehta: “We are giving you two weeks. This is the last opportunity. Otherwise, we will take it that the government is not serious on the issue and we will pass appropriate orders.”

The matter will be heard again on August 25.

UP riot case against BJP leaders off