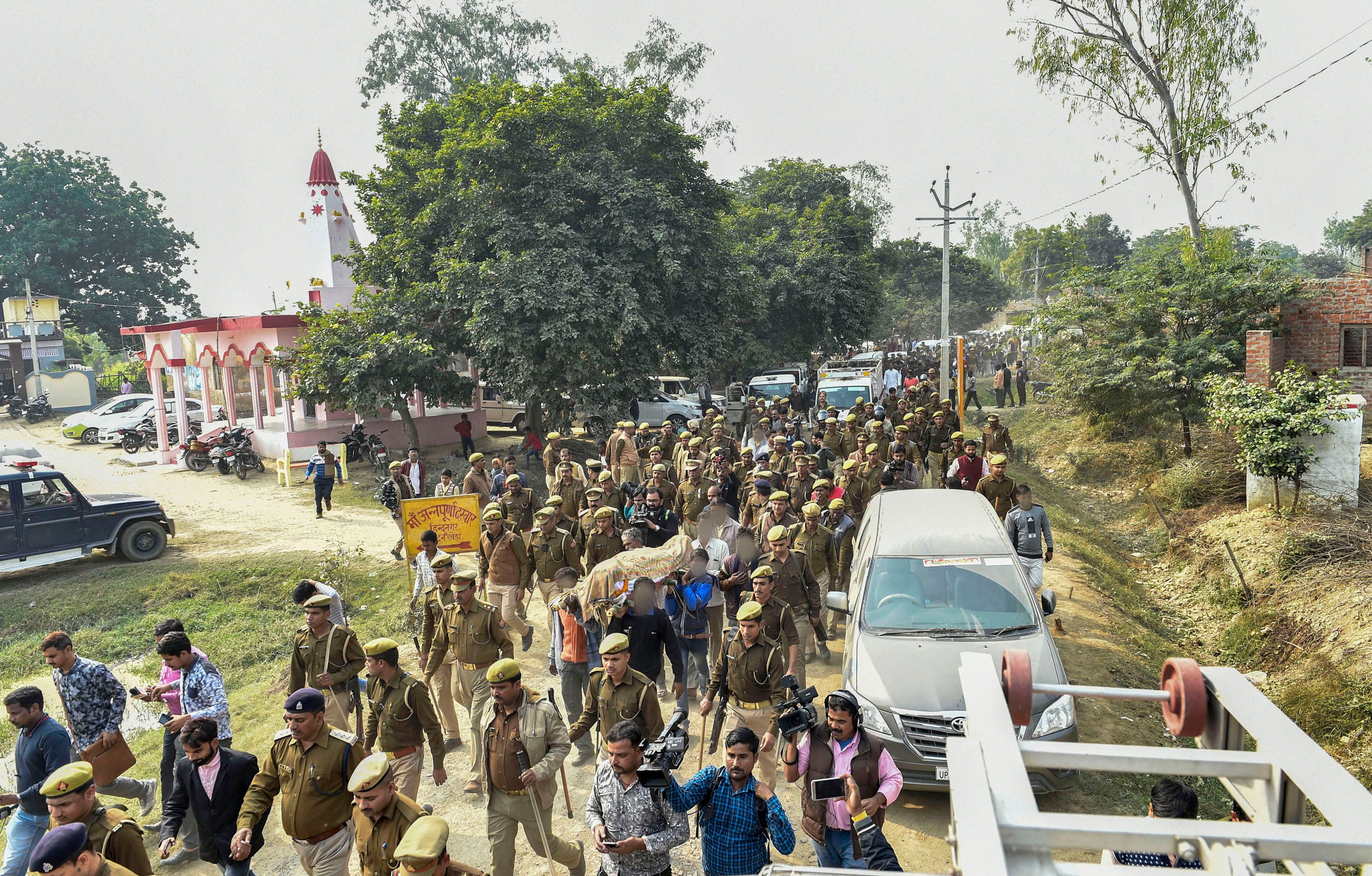 The last rites of the 23-year-old Unnao rape victim were performed at her native village on Sunday amidst tight security arrangements.

She was laid to rest in the fields belonging to her family. A large number of locals and officials were present. Villagers from all walks of life paid their respects to her before the body was taken for the last rites.

Maurya said, 'The government is with the aggrieved family.'

Kamal Rani Varun, said, 'The slogan of Beti Padhao, Beti Bachaao is meaningful. We stand with the aggrieved family in the hour of grief and will ensure that the accused get stringent punishment.'

On the other hand, Samajwadi Party MLC Sunil Singh Sajan expressed concern over the law and order situation.

'The law and order scenario in the state has significantly deteriorated in the state. Today, girls are not feeling secure and their FIRs are not being registered. The government of Yogi Adityanath must tender its resignation,' he said.

Earlier in the day, family members of the rape victim agreed to perform her last rites following a negotiation with Lucknow Divisional Commissioner Mukesh Meshram and other senior police officials.

Meshram told reporters that the family members would be provided security and a house under the Pradhan Mantri Awas Yojana.

The sister of the deceased had earlier said her family would not perform the last rites unless Uttar Pradesh Chief Minister Yogi Adityanath arrived in her village and assured of strict action against the accused.

The sister demanded a government job for one of the family members and immediate capital punishment to the accused.

However, District Magistrate Devendra Pandey said the family did not demand any government job.