Governor to Uddhav: have you suddenly turned ‘secular’? 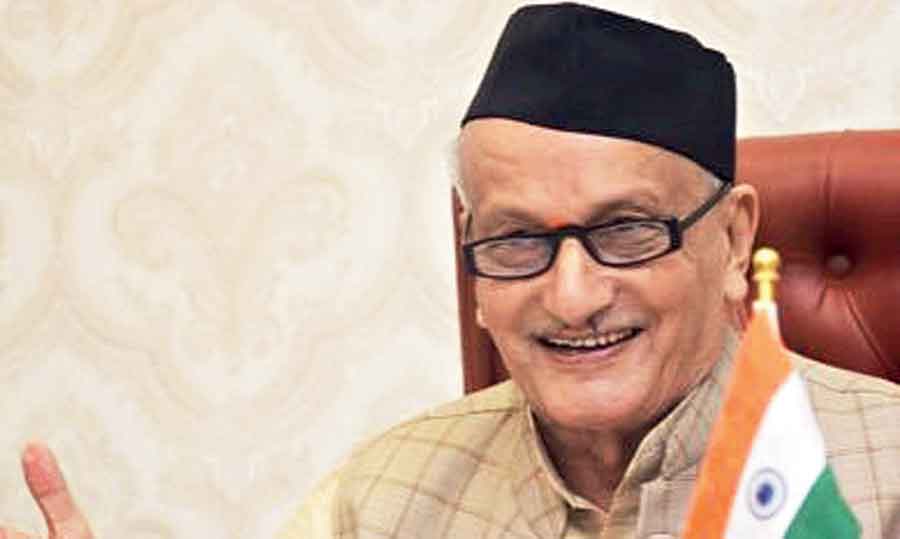 Maharashtra governor Bhagat Singh Koshyari has bluntly asked chief minister Uddhav Thackeray “have you suddenly turned secular?” and appealed to his “Hindutva” credentials while seeking the reopening of places of worship.

In response, Uddhav reminded Koshyari that secularism was an inalienable facet of the Constitution and asked whether the governor had forgotten it after taking oath as the constitutional head of the state.

Sharad Pawar, whose NCP is part of the Maharashtra coalition government, wrote to Prime Minister Narendra Modi to share his “pain” over the “intemperate language” used by the governor and laying stress on the importance of the word “secular” in the Preamble to the Constitution.

The BJP sought to fish in the pandemic waters by staging protests outside temples in several cities in Maharashtra, demanding that the shrines be reopened.

In Mumbai, BJP workers tried to enter the renowned Siddhivinayak temple. The BJP’s spiritual front, which included sages and mahants, protested outside the Saibaba temple in Shirdi.

Governor Koshyari, who had started his career as an RSS pracharak and still sports the outfit’s black inverted boat cap, in his letter in English to Uddhav on Monday urged the chief minister to “announce forthwith” the reopening of places of worship by adhering to pandemic-time precautions.

The governor said it was “ironical” that bars and restaurants had been allowed to reopen while “Gods and Goddesses have been condemned to stay in lockdown”.

Places of worship in Maharashtra have remained closed since the announcement of the lockdown in March. Maharashtra is India’s worst-affected state, with over 15 lakh Covid cases and more than 40,000 deaths. The state has just begun to show a downward infection trend after months of struggle.

The governor wrote to the chief minister on Monday: “You have been a strong votary of Hindutva. You had publicly espoused your devotion for Lord Rama by visiting Ayodhya after taking charge as chief minister.

“I wonder if you are receiving any divine premonition to keep postponing the reopening of places of worship time and again or have you turned ‘secular’ yourselves, a term you hated?”

Uddhav replied on Tuesday, saying in a letter in Marathi that his “Hindutva doesn’t need a certificate” from the governor or anyone else and stressed that a decision would be taken on reopening places of worship after careful consideration.

“Isn’t secularism a key component of the Constitution you swore on while taking oath as the governor of the state?” Uddhav asked in his letter, adding: “Have you forgotten it?”

The chief minister alluded to the governor’s meeting with actress Kangana Ranaut, who had abandoned all civility while publicly referring to Uddhav during a run-in with the Maharashtra government last month. “Inviting people who call Mumbai PoK with smiles does not fall in my definition of Hindutva,” Uddhav wrote.

He also pointed out that all three representations the governor had forwarded to him, seeking the reopening of places of worship, were from the BJP. The governor’s letter had claimed he had received demands from various quarters.

“While considering the sentiments and beliefs of the people, it is also important to take care of their lives and it’s wrong to impose and lift the lockdown suddenly,” Uddhav replied.

In his letter to Modi, Pawar drew a distinction between political and constitutional office.

“In the very Preamble of our Constitution the word ‘Secular’ is added that equates and shields all religions and hence the Chair of the Chief Minister must uphold such tenets of the Constitution,” the former Union minister wrote.

“Unfortunately Hon. Governor’s letter to the Chief Minister invokes the connotation as if written to the leader of a political party,” he added.

The NCP leader said that while free exchange of views between the governor and the chief minister was welcome, “the tone and tenor used must always be in keeping with the stature of the Constitutional post occupied by the individuals”.

“I must share my pain with you and the public at the erosion of standards of conduct by the high constitutional office of the Hon. Governor,” Pawar wrote to Modi.

Koshyari, 78, who had for long been associated with the BJP and had also been the Uttarakhand chief minister, was seen to have played a key role in the party’s failed effort to wrest power in Maharashtra through a coup last year as part of which he had sworn in Devendra Fadnavis as chief minister early in the morning.

Things to ponder as India turns another year older