Under the proposed curriculum, students will pursue courses of 160 credits, of which 48 credits will be allotted to the study of the major (formerly 'honours') subject 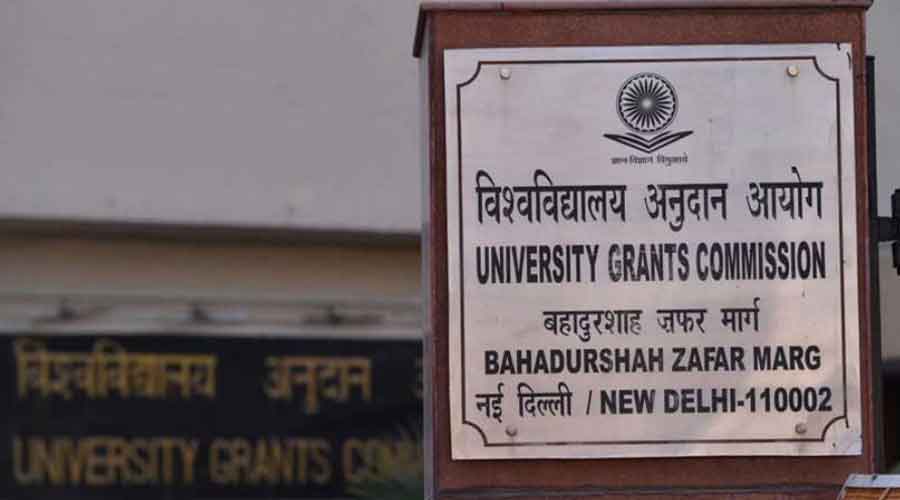 The University Grants Commission has proposed a new curriculum for undergraduate programmes under which only 30 per cent of the students’ workload will relate to their subject of specialisation, down from the current 73 per cent.

Some academics said this would “dilute” the quality of undergraduate programmes, with the new graduates lacking rigour or in-depth knowledge in their purported areas of specialisation.

The UGC has sought feedback from stakeholders by April 4 on its draft “framework and credit system for four-year undergraduate programme” (FYUGP), which is to replace the choice-based credit system (CBCS) introduced in 2015.

Under the proposed curriculum, students will pursue courses of 160 credits, of which 48 credits will be allotted to the study of the major (formerly “honours”) subject.

The CBCS allotted 108 credits (nearly 73 per cent) for the honours subject out of a total of 148 credits, said Abha Dev Habib, a teacher at Miranda House College and former member of Delhi University’s executive council.

“This (proposed) curriculum will prevent students gaining knowledge in depth (in their subject of specialisation). The degree course will be deficient in rigour,” Habib said.

In keeping with its apparent emphasis on general rather than specialised learning, the draft says that students of all streams must study certain common courses in the first three semesters.

This is “to develop an understanding and an appreciation among students of all major areas of learning such as the natural sciences, the social sciences, the humanities, mathematical and computational thinking and analysis, creative expressions, and vocational education each of which represents a different perspective on human knowledge and learning”, the draft says.

The mandatory common courses, which together account for 24 credits, are: a regional language of the student’s choice, English, “understanding India”, environmental science, digital and technological solutions, mathematical and computational thinking and analysis, health and wellness, yoga education, and sports and fitness.

Academics argued that these courses would necessarily be of school standards, asking how else can a student who chose humanities in Classes XI and XII cope with mathematics-based subjects?

“The students will spend three semesters learning things they have learnt in school,” Habib said.

“For many students, the common foundational courses may be a waste of time while for some it may be a burden because there are topics related to mathematics.”

At the end of the third semester, the student will start studying one disciplinary/ interdisciplinary major as well as two “minor” subjects that will together account for 32 points. One of the minor subjects, worth 16 credits, will deal with some or other vocational subject.

Under the present system, students begin studying the honours subject from the first year. The two “pass” (minor) subjects a student now takes up usually complement the honours subject. For example, mathematics and chemistry are the standard pass subjects chosen with physics honours.

The students now have also to study two common courses — one on language skills and another on environmental sciences — that are taught in the first year and together carry just 8 credits.

This means a student majoring in physics will, having already studied a bouquet of “common courses”, again have to sign up for 18 credits worth of social science and humanities subjects. In addition, he or she will have to pick 9 credits worth of study from a range of natural science subjects that will presumably overlap with their major and one of their minor subjects.

These additional courses — several with vague-sounding names such as “interface with industry”, “community engagement” and “field immersion” --- are to be studied in the first three years.

Another 18 credits will be earmarked for the research methodology courses and research project that students will have to do in the fourth year.

Onkar Singh, founder and vice-chancellor of the Madan Mohan Malviya University of Technology, said enough credits should be earmarked for a student’s core subjects, and that language and computer skills should be taught over and above the mandatory credits.

“The soft skills cannot be part of the credit courses,” he said.