The already embattled print media fears an adverse effect on itself 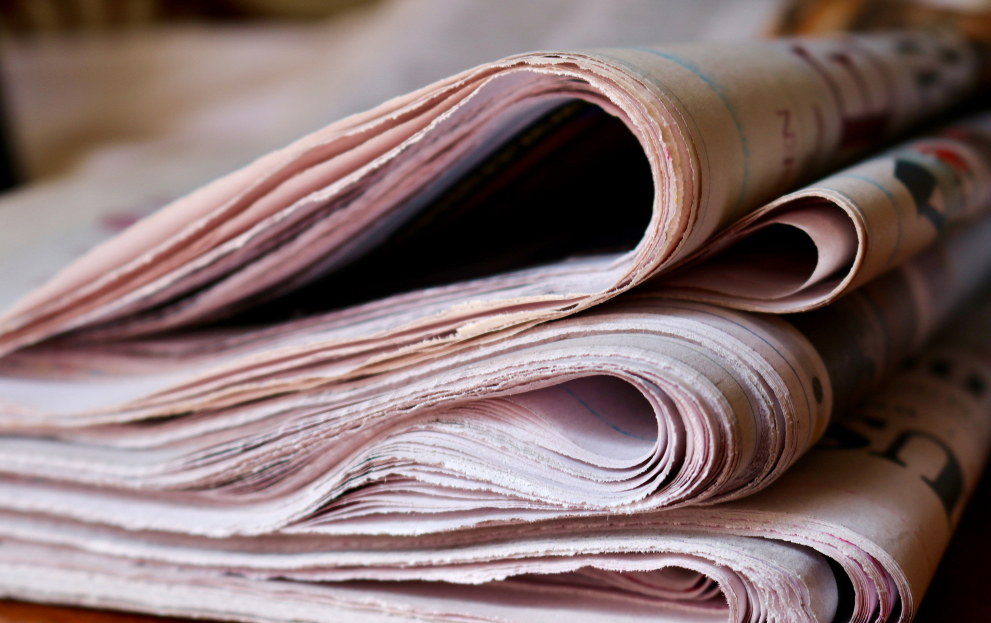 The additional financial burden of the customs duty apart, the newspaper industry is also concerned about the quality of newsprint made in India and the local manufacturers’ ability to provide uninterrupted supply.
(Shutterstock)
Our Special Correspondent   |   New Delhi   |   Published 05.07.19, 10:51 PM

The 10 per cent basic customs duty comes into effect from Saturday, according to a notification the revenue department of the finance ministry issued soon after the budget announcement.

While the move was touted as an effort to provide a level playing field to the domestic newsprint industry, the main consumer of newsprint — the already embattled print media — feared an adverse effect on itself.

The previous financial year was particularly bad for the print media, with newsprint prices rising by nearly 60 per cent before stabilising. Coupled with a low advertisement spend, the newsprint prices had affected revenues, which have shown a slight rise this year courtesy the Lok Sabha elections.

The additional financial burden of the customs duty apart, the newspaper industry is also concerned about the quality of newsprint made in India and the local manufacturers’ ability to provide uninterrupted supply.

“This will definitely affect the newspaper industry,’’ Veerendra Kumar, Rajya Sabha member and managing director of the Malayalam newspaper Mathrubhumi, told The Telegraph.

Elaborating, he said: “As it is, advertisements have come down. That apart, can the domestic newsprint industry cater to the requirement of the newspaper industry? Even if newsprint is available, most of us have upgraded our technology to keep up with the quality of imported newsprint. Every newspaper, big and small, will be affected by this decision.’’

Kumar was confident that the Indian Newspaper Society would take the matter up with the Centre. He recalled that the Narendra Modi government had made a similar announcement a couple of years ago before withdrawing it following a representation from the newspaper industry.

Reacting to the budget announcement, the association said: “Thank you for addressing the concern of level playing field to the domestic newsprint mills vis-à-vis imports. (The) removal of end-use-based import duty exemption on newsprint (is) a welcome step to plug the malpractice and arrest tax evasion in imports. Smart move to curb loss to the exchequer.’’

Among other media-related announcements in the budget was an assurance to consider opening up FDI in media, specifically in animation, visual effects, gaming and comics.