Advertisement
Home / India / Two rounds of face-off on India-China border
We are in control of key ridges: Defence sources

The Indian side, according to the foreign ministry, was able to prevent the attempts by the Chinese troops to unilaterally alter the status quo 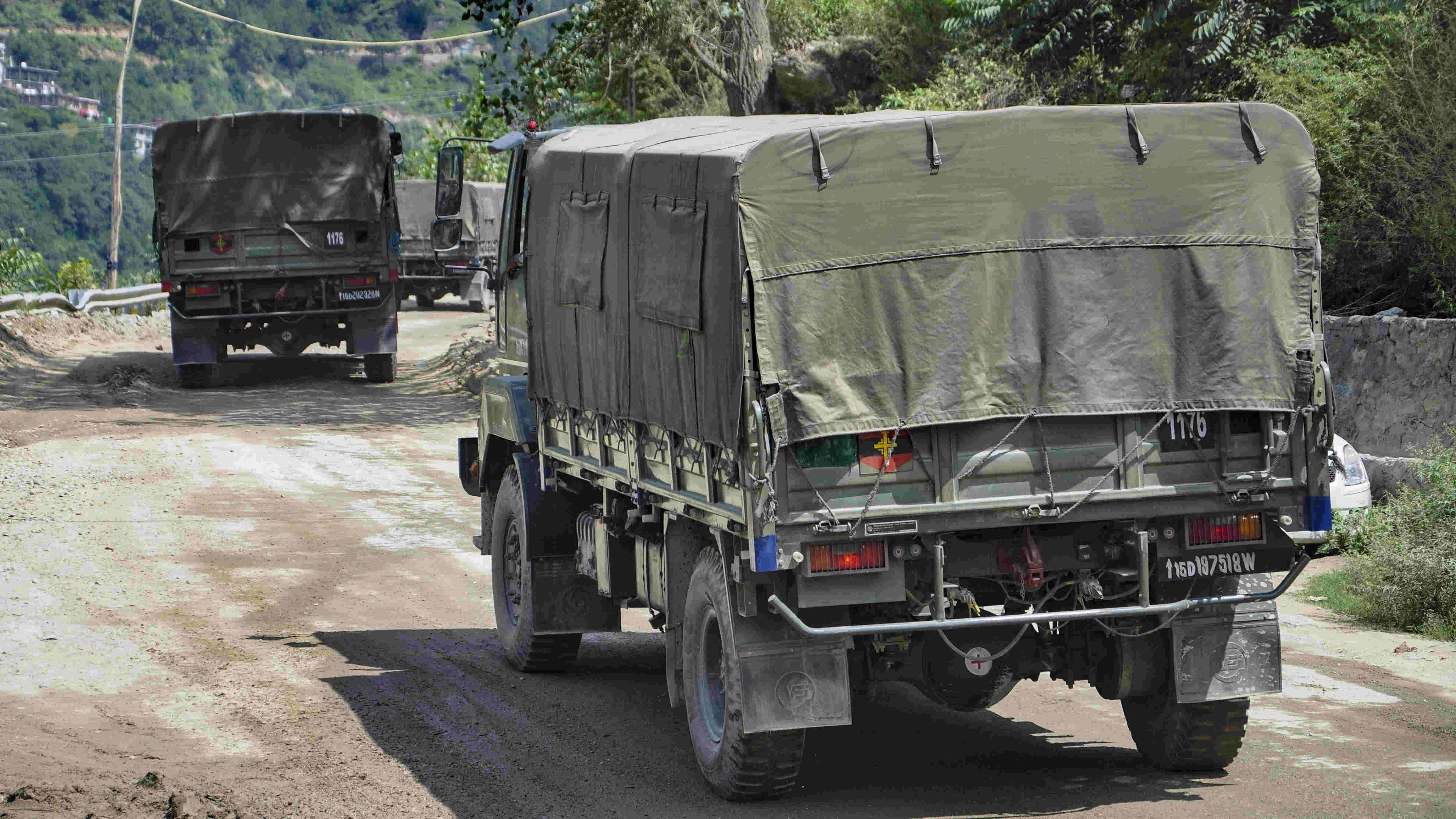 The Indian Army is now controlling key ridges on the southern bank of the Pangong Lake and has fortified its positions after the Chinese army attempted to alter the status quo “unilaterally” on Saturday night, sources in the defence ministry said on Tuesday.

It also emerged during the day that there were two rounds of confrontation, not one, since Saturday night.

An official statement from the Indian external affairs ministry mentioned two sets of offensive from the Chinese side, putting to rest the discrepancy in the dates mentioned in the versions put out by the two armies on Monday.

The Chinese troops tried to change the status quo on the south bank of Pangong Tso — first “in the late night of 29th and on 30th August” and again on Monday when the ground commanders of the two sides were in discussion to deescalate the situation, the Indian foreign ministry said.

In both instances, the Indian side, according to the ministry, was able to prevent the attempts by the Chinese troops to unilaterally alter the status quo.

Defence ministry officials said the latest army operation led to the occupation of multiple ridges above 14,000 feet, which is said to have upset the People’s Liberation Army troops who tried to open a new front on the south bank of the lake but was foiled by the Indian soldiers.

“The Indian Army has now occupied some key ridges near the southern bank of the lake and are controlling the heights and keeping a close watch on the PLA troops’ movements. The army has also fortified its positions there, which has upset them,” a ministry official said.

There are indications that the occupation of the key ridges was done with an eye to drive a hard bargain during negotiations.

The official added that the ridges that had been occupied are well within the Indian perception of the Line of Actual Control.

“Our action is purely defensive and not offensive. It has been done considering the massive Chinese build-up on their side of the LAC in this particular zone,” he said.

Even off the record, official sources in India have been maintaining that Indian troops are only occupying key ridges within this side of the LAC.

But the line is not demarcated and border management often runs on perceptions.

Sources in the security establishment said tension was simmering at multiple friction points in the region as the armies of the two countries had deployed additional men and machines, including artillery and missile systems.

“It is boiling,” said an Intelligence Bureau official, adding that the brigadier-level talks that took place on Tuesday remained inconclusive.

Accusing China of violating the understanding arrived at through a series of meetings to deescalate and disengage, India said the Chinese side was in breach of every single agreement and protocol with its provocative actions.

Earlier in the day, the Chinese embassy in New Delhi accused Indian troops of violating the consensus reached in previous multi-level engagements and negotiations “again at the southern bank of the Pangong Tso Lake and near the Reqin Pass in the western sector of the China-India border”.

In Beijing, Chinese foreign ministry spokesperson Hua Chunying said: “Since the founding of the People’s Republic of China more than 70 years ago, we have never initiated a war or conflict, and never taken an inch of land that is not ours. In fact, China’s border troops have been strictly abiding by the LAC and they’ve never trespassed. The Indian side should respect facts and take concrete actions with the good will of preserving China-India relations, so as to jointly preserve peace and tranquillity of the border areas.”

Asked about the counter-allegations coming out of the two capitals, Hua said: “What India said may differ from ours, but there’s only one simple truth.”

The border standoff had started on the northern bank of the Pangong Lake with hand-to-hand skirmishes between the two armies on May 5, before it snowballed into a violent face-off on June 15 at Patrolling Point 14 in the Galwan Valley that killed 20 Indian soldiers and caused an unspecified number of Chinese casualties.

Defence minister Rajnath Singh on Tuesday chaired a high-level meeting and took a comprehensive review of the security situation along the LAC.

Rajnath is leaving for Russia on Wednesday to attend the Shanghai Cooperation Organisation (SCO) defence ministers’ meet on September 3.

Last week, India had pulled out of a multi-nation military exercise in Russia that included the People’s Liberation Army.