Three officials shifted out of Surajpur 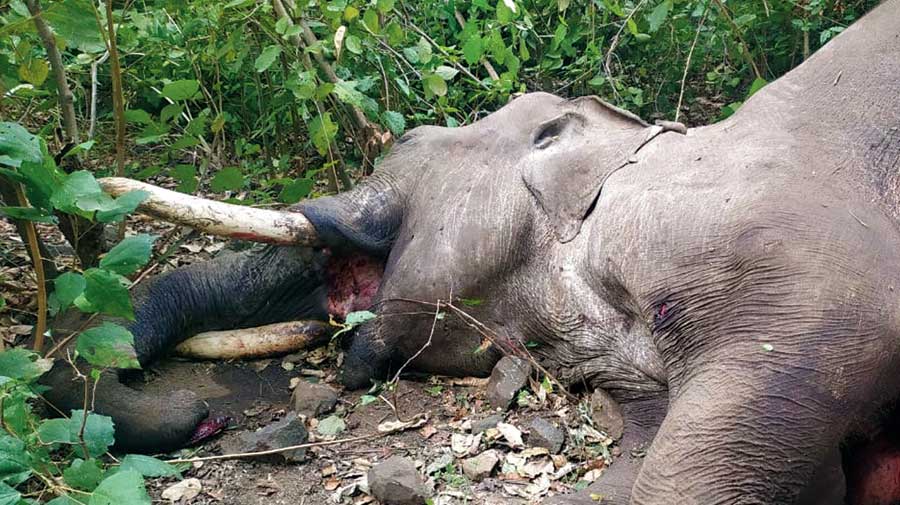 Two forest department employees were suspended and three officials shifted out of Surajpur in connection with the death of a wild elephant in the Chhattisgarh district, an official said on Thursday.

State Principal Chief Conservator of Forest (PCCF) Rakesh Chaturvedi took the action against the five forest personnel on Wednesday for their alleged negligence in discharging their duties and not taking immediate and effective steps in the case of the jumbo's death, the public relations department official here said.

On June 11, an elephant was found dead in a forest near Darhora village under Pratappur forest range of Surajpur. A preliminary probe into the incident indicated the animal had been struck by lightning.

As per forest officials, the decomposed carcass of the elephant kept lying at the spot for seven-eight days.

According to the official, forest guard Vijay Kumar Kujur and beat guard Maan Singh were suspended.

Besides, Surajpur's Divisional Forest Officer Duleshwar Prasad Sahu was shunted out and attached to the PCCF's office in Atalnagar Nava Raipur, while sub-divisional forest officer (Pratappur) B K Lakra and forest ranger (Pratappur) Premchand Mishra were attached to the office of Ambikapur's chief conservator of forest.

Surajpur, located over 300 km away from the capital Raipur, falls under the Surguja forest circle.