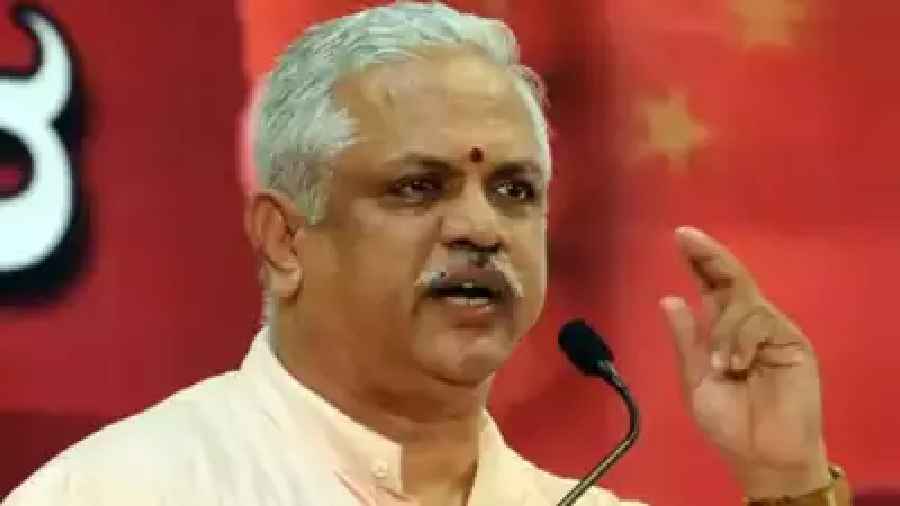 The Telangana High Court on Friday stayed a notice issued under section 41A of CrPC by the Special Investigation Team (SIT), probing into the alleged attempt to poach TRS MLAs, to BJP national general secretary (organisation) B L Santhosh till December 5.

The court, hearing a petition filed by the BJP leader to quash the notice, directed the State government to file its reply before December 5.

Santhosh and three others were named as accused by the SIT in the case.

Based on the investigations so far, the SIT filed a memo in a Special Anti-Corruption Bureau (ACB) Court here adding the names of Santhosh and two persons from Kerala--Jaggu Swami and Tushar Vellapally -- besides an advocate B Srinivas as accused in the case.

Three people -- Ramachandra Bharati alias Satish Sharma, Nanda Kumar and Simhayaji Swamy -- were already named as accused in the case after a complaint was lodged by TRS MLA Pilot Rohith Reddy, among four legislators, against them on October 26.

As per the FIR copy, Rohith Reddy alleged that the accused offered him Rs 100 crore and in return the legislator has to leave the TRS and contest as a BJP candidate in the next Assembly election.

Meanwhile, a notice under Section 41 (A) CrPC was issued to Lok Sabha member from Andhra Pradesh Raghurama Krishna Raju to appear for questioning at the SIT office in Hyderabad on November 29, he told reporters in Delhi.