'Hate and anger on the rise since BJP came to power' 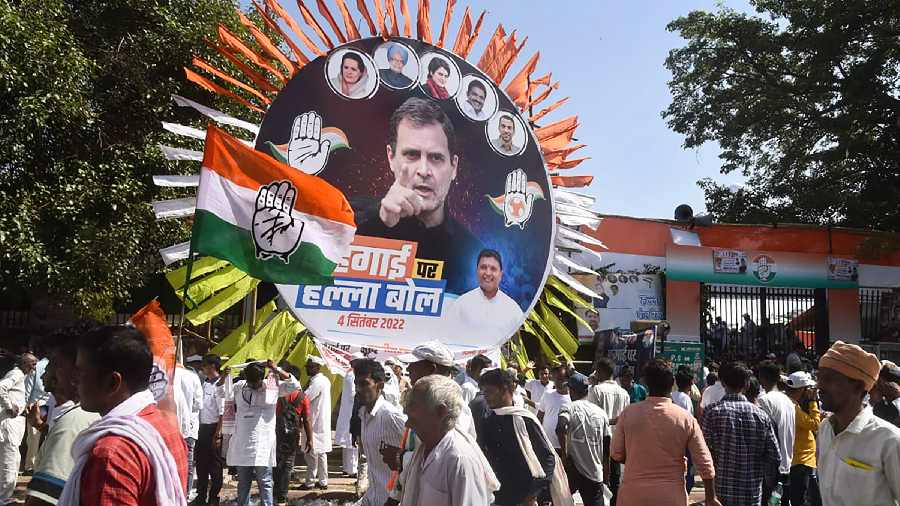 Slogans of Rahul Gandhi Zindabad and Sonia Gandhi Zindabad reverberated through the air on Sunday as thousands of Congress supporters reached the Ramlila Maidan here to raise their voice against price rise and unemployment.

Many Congress workers, who came to attend the 'Mehngai Par Halla Bol' rally, put up banners demanding Rahul Gandhi to once again lead the party.

Rahul ji is our true leader and we have full faith in him that he will restore the glory of the Congress. He should be made the party president, Deepesh Singh, who came to attend the rally from Muzaffarnagar in western Uttar Pradesh, said.

Rahul had resigned from the top post following the party's debacle in the 2019 Lok Sabha elections. Sonia Gandhi has been leading the party as interim president since August, 2019.

Rahul and a host of party leaders are expected to address the rally. Party workers from Delhi, Haryana and Uttar Pradesh, besides other parts of the country, will participate in it.

The rally comes ahead of the opposition party's 3,500-km 'Bharat Jodo Yatra' from Kanyakumari to Kashmir, starting September 7, highlighting the issues of price rice and unemployment, and promoting communal harmony.