The theme for this year's edition of GMC is Maritime Security and Emerging Non-Traditional Threats: A Case for Proactive Role for IOR (Indian Ocean Region) Navies 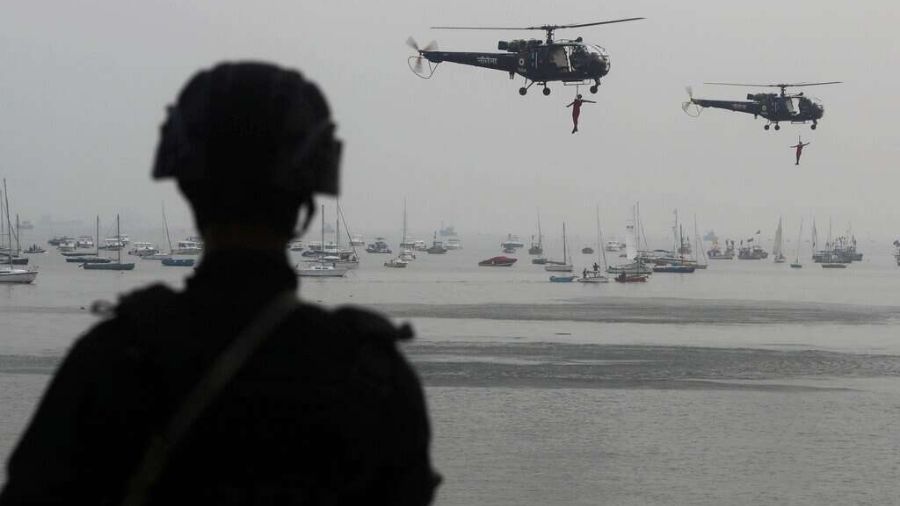 The third edition of the Goa Maritime Conclave, the Indian Navy's outreach initiative, will be held between November 7 and 9, where the non-traditional threats in the Indian Ocean Region and other issues will be discussed, a navy spokesperson said. Chiefs of navies or heads of maritime forces from 12 Indian Ocean littorals - Bangladesh, Comoros, Indonesia, Madagascar, Malaysia, Maldives, Mauritius, Myanmar, Seychelles, Singapore, Sri Lanka and Thailand - will participate in the event, he said.

"The third Edition of Goa Maritime Conclave (GMC) 2021 is being held from November 7 to 9 under the aegis of Naval War College, Goa. The GMC is the Indian Navy's outreach initiative providing a multinational platform to harness the collective wisdom of practitioners of maritime security and the academia towards garnering outcome oriented maritime thought," the Indian navy said in a media statement. The conclave would build upon the working level deliberations of the Goa Maritime Symposium-21 held in May this year, as the Sherpa event for the Conclave," the spokesperson said.

"The theme for this year's edition of GMC is Maritime Security and Emerging Non-Traditional Threats: A Case for Proactive Role for IOR (Indian Ocean Region) Navies, which has been derived keeping in mind the necessity of winning everyday peace in the maritime domain," he added. Chief of the Naval Staff Admiral Karambir Singh would host the chiefs of navies/heads of maritime forces from 12 Indian Ocean littorals, the navy official said.

The Defence Secretary and Foreign Secretary would deliver the conclave address and the keynote address at the GMC-21. "With the Indian Ocean Region (IOR) becoming the focus of the 21st century strategic landscape, the GMC aims to bring together the regional stakeholders and deliberate on the collaborative implementation strategies in dealing with contemporary maritime security challenges," he said.

"The conclave participants would benefit from the interactions with eminent speakers and subject-matter experts over three sessions focusing on - Leveraging Collective Maritime Competencies to Counter Emerging Non-Traditional Threats, Strengthening Regional Cooperation for Maritime Law Enforcement and Imperatives for Mitigating Emerging Non Traditional Threats in areas beyond National Jurisdiction in the IOR," he added. According to the navy spokesman, extensive deliberations in the domains of hydrography and maritime information sharing would also be held.

"The participating chiefs of navies/heads of maritime agencies would also dwell upon the significance of interoperability to effectively deal with emerging and future maritime security challenges in the IOR," he said. As a part of the conclave, visitors would also be afforded an opportunity to witness India's indigenous ship-building industry at the Make in India Exhibition and the capabilities of Deep Submergence Rescue Vessel (DSRV) for Submarines at the Mormugao Port Trust, Goa.