A close associate of Congress leader Hardik Patel, Savani, was among those injured 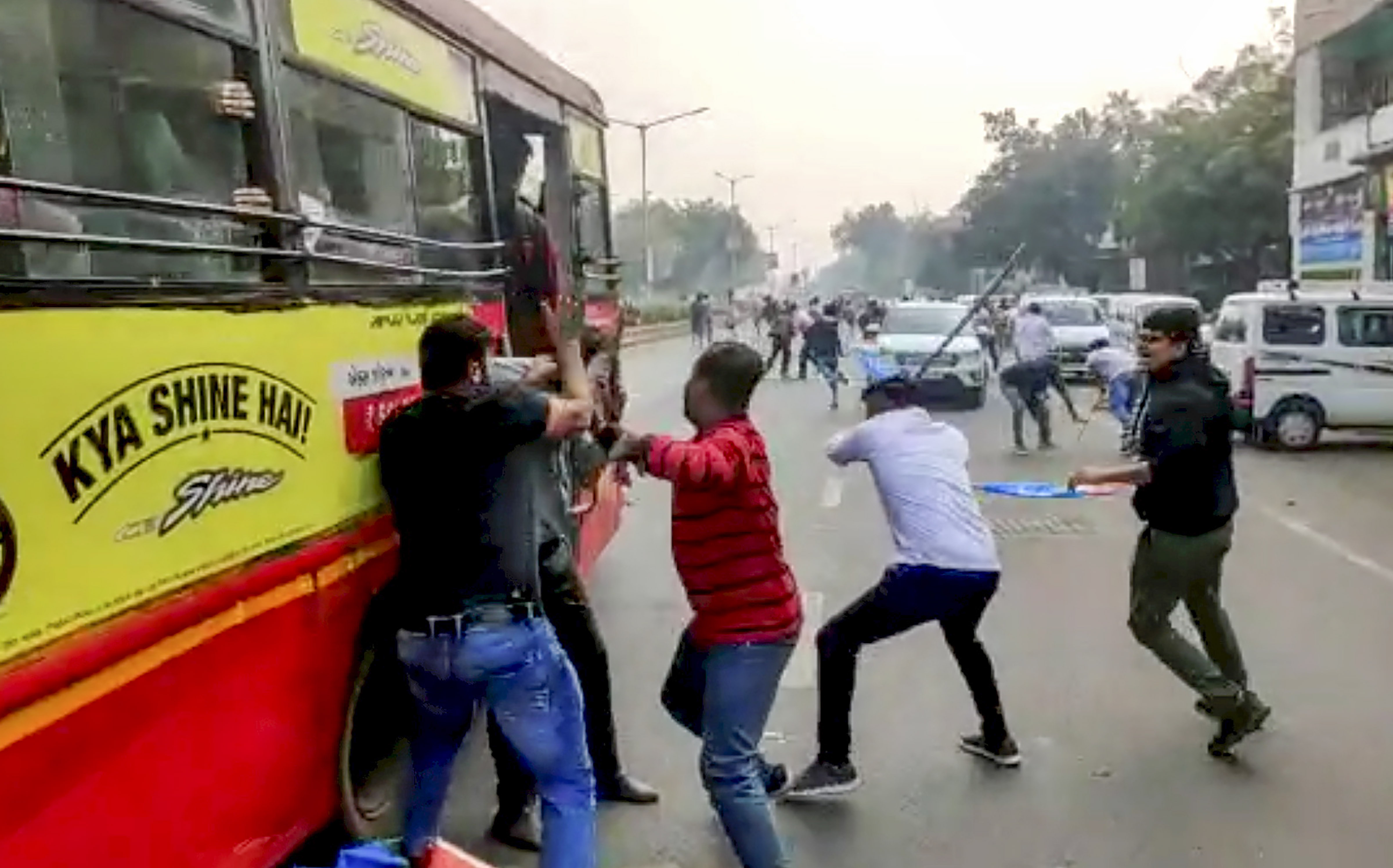 Ten people were injured when a clash broke out between the members of the National Students' Union of India and Akhil Bharatiya Vidyarthi Parishad in Ahmedabad on Tuesday during a protest against the JNU violence.

The incident took place during the protest organised by NSUI, the students' wing of the Congress, outside the office of the RSS-affiliated ABVP in the city's Paldi area.

The police later rushed to the spot and brought the situation under control, an official said.

Both the student bodies alleged that sticks and stones were used to attack each other and claimed more than five members from both the sides were injured in the clash.

In a video clip telecast by some local news channels, Savani, a close associate of Congress leader Hardik Patel, was seen being beaten by some people in the presence of policemen.

'The situation has been brought under control. As of now, no FIR has been lodged,' a police official said.

Violence broke out when NSUI members reached outside the ABVP's office to protest against the attack on students and teachers at JNU in Delhi on Sunday.

The NSUI has been alleging that ABVP members were involved in the JNU attack.

'Our protest was peaceful. However, goons from the ABVP suddenly attacked us using sticks, stones and pipes. It was a pre-planned attack in the presence of police. Over five of our members, including Savani, were injured in the attack,' another NSUI general secretary Bhavik Solanki said.

However, the ABVP alleged that NSUI members came to its office with an intention to attack the activists.

'The NSUI members came to our office waiving their flags. They then removed the flags and used its wooden sticks to attack our members,' ABVP member Naresh Desai said.

'Just like the ABVP members were attacked in JNU, the anti-social elements of NSUI attacked us in a pre-planned manner here,' he alleged, adding that more than five of their members were also injured in the incident.