Tejashwi says ‘all is well’ 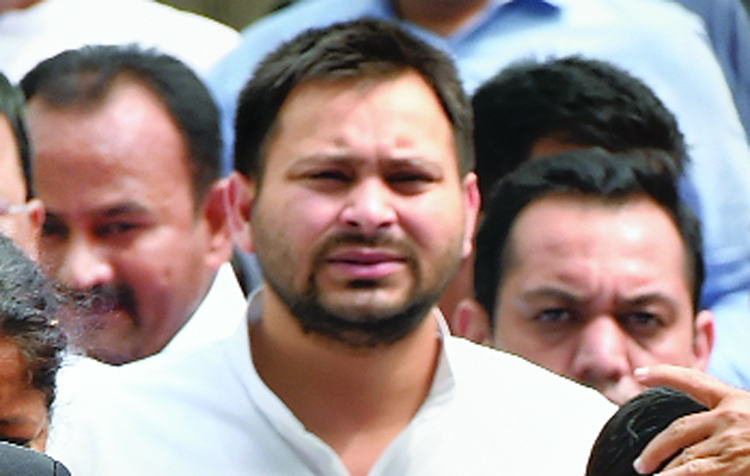 Seat-sharing for the Grand Alliance in Bihar will be announced after Holi, leaders of the six-party Opposition bloc said on Wednesday.

The alliance, which had run into rough weather over the RJD not willing to give as many seats as the Congress wanted, survived after Congress president Rahul Gandhi spoke with Tejashwi on the phone on Tuesday, sources said.

“The Mahagathbandhan is intact. There is nothing to worry about. All is well. Number of seats and names of constituencies will be announced after Holi,” Tejashwi told reporters after arriving in Patna from Delhi.

Hindustani Awam Morcha founder and former chief minister Jitan Ram Manjhi said the seat-sharing deal would be announced on Friday. “It will be good that all Opposition parties will together contest the Lok Sabha elections. A break in the alliance would have sent a wrong message to the public.”

Nominations for the first and second phases of elections in Bihar — April 11 and 18 — is already on and will end on March 25 and 26, respectively.

Nine of Bihar’s 40 seats will vote in the two phases.

Although leaders of the alliance remained tight-lipped on the deal, sources said the Congress would contest nine to 10 seats, the RJD 20 to 21, RLSP four, HAMS three and others the remaining three seats. The Congress and the RJD may leave a seat each if CPI-ML or CPI decides to come on board.

On Wednesday, former BJP MP from Purnea, Uday Singh, joined the Congress. “The BJP has strayed from its ideals and become dictatorial,” said Uday, who had left the Congress in 2004 to join the BJP. He became Purnea MP twice before losing in 2014.