Nazir Ahmad Laway, only Kashmiri apart from those in the BJP who joined the swearing-in ceremony of G.C. Murmu 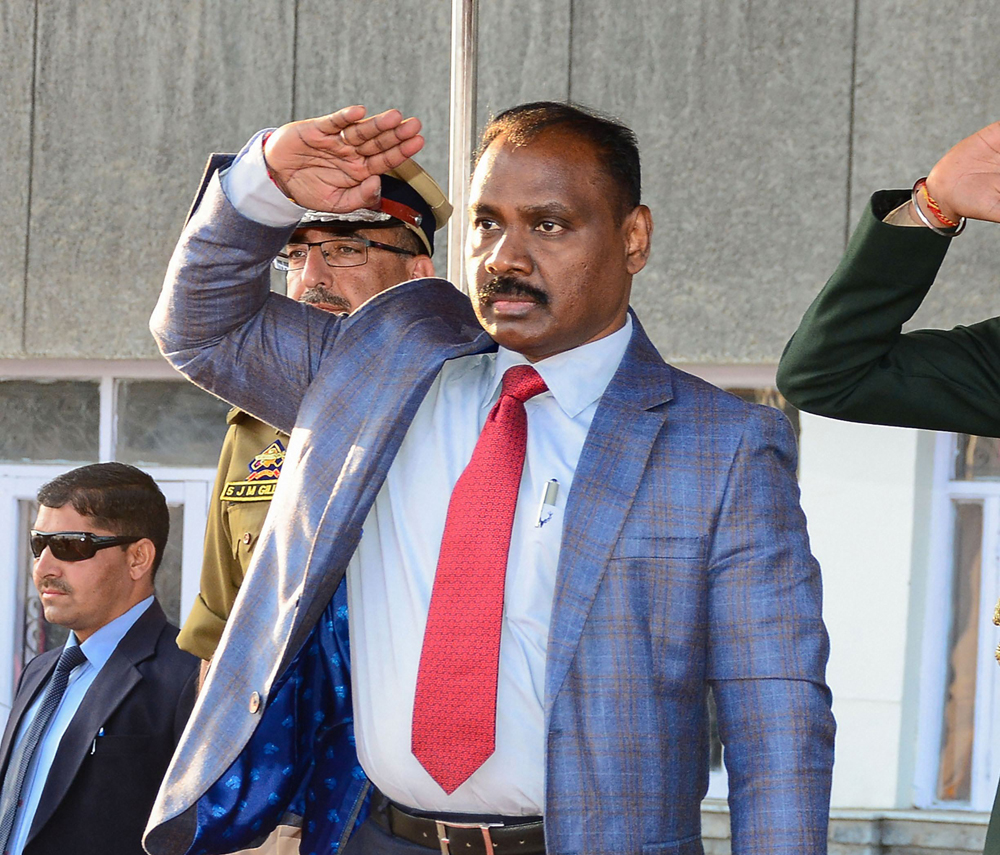 The Peoples Democratic Party has expelled its Rajya Sabha MP Nazir Ahmad Laway for attending the swearing-in ceremony of Jammu and Kashmir’s first lieutenant-governor on Thursday, making him the first politician to face the axe for allegedly cozying up to the new administration.

Laway is the only Kashmiri apart from those in the BJP who joined the swearing-in ceremony of G.C. Murmu, defying raging anger in large parts of the erstwhile state against its bifurcation into the Union Territories of Jammu and Kashmir and Ladakh.

The spokesman said the decision had been taken because Laway had undermined the entire PDP leadership by taking part in the swearing-in.

“The participation of the MP was in contravention of the party stand on the current political situation and the revocation of Article 370,” he said.

The swearing-in ceremony on Thursday was a largely official affair, with all politicians, barring Laway, from prominent parties, including the National Conference, PDP and the Congress, staying away.

Laway is believed to be close to the BJP, a perception he contested on Friday.

“I am not close to the BJP. Mufti sahib (deceased former chief minister and PDP leader Mufti Mohammad Sayeed) made by a member of Parliament. I was like his son. I still see myself as a PDP man,” Laway told The Telegraph.

The MP wondered who expelled him from the party when the leadership was in jail. PDP president Mehbooba Mufti is among dozens of pro-India politicians who are behind bars.

“Some people have been demanding my resignation for long, perhaps because they do not like me,” he said.

Laway said he had participated in the swearing-in ceremony on his own and had neither informed the party nor taken its permission.

“The government had invited me. It was the state head who was taking oath. The function lasted (just) four minutes…. One reason I had gone there was to tell him (the lieutenant-governor) that kids are behind bars, the leadership is behind bars and how the situation in Kashmir is like,” he said.

Laway had in July defied the PDP leadership by abstaining from voting against the instant triple talaq bill when it was tabled in the Rajya Sabha.“Even after seeking an explanation for such an unruly behaviour, Laway remained adamant in violating the basic party norms,” the PDP spokesman said on Friday.

“Therefore the PDP leadership has decided to expel Laway from the party’s basic membership with immediate effect,” the spokesman added. Laway will continue to be a Rajya Sabha member.

The Valley’s pro-India camp is staring at an uncertain future following the August 5 scrapping of Jammu and Kashmir’s special status and the bifurcation of the state into Union Territories. Earlier, activist Shehla Rasheed had quit politics in protest against these decisions.