8 Congress MLAs and 3 from the JDS had tendered their resignations, which, if accepted, would reduce the govt’s majority to just 1 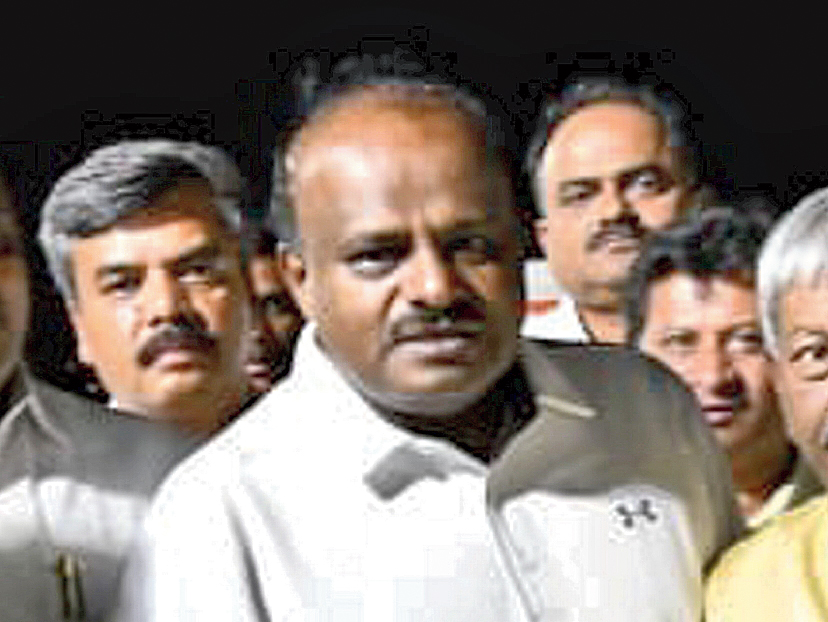 Several Congress ministers in Karnataka on Sunday apparently offered to sacrifice their posts in favour of the rebel MLAs who have resigned, as the state’s ruling allies held hectic parleys to find ways of protecting their coalition government.

Both the Congress and the Janata Dal Secular claimed they had re-established contact with some of the dissident MLAs and were trying to bring them round.

Eight Congress MLAs and three from the JDS had on Saturday tendered their resignations, which, if accepted, would reduce the government’s majority to just one.

One of the rebels, seven-time MLA Ramalinga Reddy, handed a measure of relief to the Congress, telling reporters he had resigned only from the Assembly and not from the party.

“I’m still a Congress member,” said Reddy, who had opted to stay back in Bangalore while most of the other dissidents flew to Mumbai on Saturday in a chartered aircraft registered with a company owned by a BJP Rajya Sabha member.

A senior Bangalore-based Congress politician told The Telegraph on the condition of anonymity that “some” party ministers had offered to resign their posts to accommodate the rebels. “This way we can be sure of saving this government,” he said.

He added: “We are confident that three or four of our MLAs, including Ramalinga Reddy and Byrathi Basavaraj, will return as we have agreed to meet their demands.”

It’s well known that most of the Congress MLAs who have resigned had been craving ministry berths, but not all of them can be accommodated.

The allies had split the sanctioned ministry strength of 34, with 22 going to the Congress and 12 to the JDS. While the Congress has exhausted its quota, the JDS has just one left to fill.

Chief minister H.D. Kumaraswamy, who was on a private trip to the US, returned a little before 8pm and drove to a JDS legislature party meeting. Party sources said he would also meet Congress leaders.

Most of the emergency meetings in the JDS are being held at the home of Kumaraswamy’s father H.D. Deve Gowda, the party national president and a former Prime Minister.

Congress sources suggested that some of the party rebels had demanded, as a condition for their return, that the ally hand over the chief minister’s post and that senior Congress leader P.C. Siddaramaiah ascend the hot seat.

The JDS would be unlikely to agree to give up the chair, more so because of the enmity between the Deve Gowda family and Siddaramaiah, chairman of the coalition coordination committee.

Once seen as the “natural successor” to Deve Gowda, Siddaramaiah had left the JDS to join the Congress in 2006, becoming chief minister from 2008 and 2013.

Some in the Congress have suggested making party veteran Mallikarjun Kharge the chief minister, but Kharge has shot the idea down publicly.

“These are flimsy ideas fed to the media to divide us (the coalition),” he said. “We want the government to run smoothly without any more glitches.”

Siddaramaiah, Shivakumar, Kharge and state working president Eshwar Khandre spent most of the day trying to persuade the rebels to return.

Before Saturday’s resignations, two other Congress MLAs had quit on July 1.