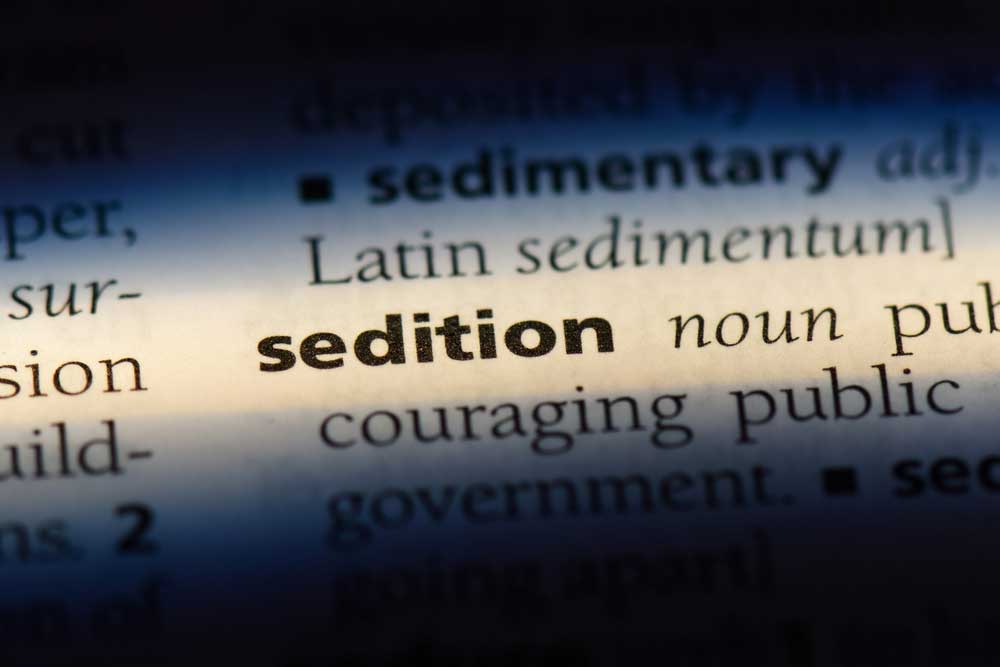 “The hateful propaganda against Dr Khan is one more illustration as to how certain Indians fail to differentiate between Hinduism, a religion, and Hindutva, which is a supremacist political ideology,” the statement said.
(Shutterstock)
Our Special Correspondent   |   New Delhi   |   Published 02.05.20, 09:07 PM

Civil society activists on Saturday condemned the “media trial” of Delhi Minorities Commission chairman Zafarul Islam Khan after police booked him for alleged sedition over a tweet he had posted earlier this week.

The BJP has demanded that Khan be removed from his post and prosecuted for his tweet thanking Kuwait’s cabinet for speaking out against attacks on Muslims in India.

“He has only reiterated what many citizens of India, public figures, international institutions, various European governments, the United States of America and United Nations human rights mechanisms have repeatedly underlined (expressing) their concern at the increasing human rights abuse and violations of religious minorities in India…,” …the activists said in a statement.

Among those who signed the statement were Swami Agnivesh, a social activist who wears saffron; Indu Pratap Singh, a crusader for the rights of the homeless; activists Xavier Dias and Ravi Nair, minority rights activists A.C. Michael and Ovais Sultan Khan, the CPIML-Liberation’s Kavita Krishnan and the Samajwadi Party’s Ameeque Jamei.

“The hateful propaganda against Dr Khan is one more illustration as to how certain Indians fail to differentiate between Hinduism, a religion, and Hindutva, which is a supremacist political ideology,” the statement said.

“We strongly condemn the continued media trial and targeting of Dr Zafarul Islam Khan…. A few politicians with ulterior motives and news channel anchors known for spreading bigotry and Islamophobia have mischievously sought to misinterpret his statement and ridiculously label him as anti-Hindu and anti-India,” it added.

Khan had in a tweet on Tuesday thanked Kuwait after the Gulf nation condemned attacks on Muslims in India. “Thank you Kuwait for standing with the Indian Muslims! The Hindutva bigots calculated that given the huge economic stakes involved the Muslim and Arab world will not care about the persecution of Muslims in India…,” he had tweeted.

“Mind you, bigots, Indian Muslims have opted until now not to complain to the Arab and Muslim world about your hate campaigns and lynchings and riots. The day they are pushed to do that, bigots will face an avalanche.”

In a statement on Friday, Khan had apologised for his tweet. “I realise that my tweet was ill-timed and insensitive in view of our county facing a medical emergency and fighting an unseen enemy. I apologise to all whose sentiments were hurt. Further, the limitation of a tweet, which has to be very short by its very nature, was also responsible that the whole narrative was not made out in plain language.”

Delhi police’s special cell — a counter terrorist unit — has since filed an FIR against Khan under the penal code’s sections 124 A (sedition) and 153 A, which deals with promoting enmity on grounds of religion and race, among acts prejudicial to maintenance of harmony.

Khan told this paper he was yet to receive any information from the police.

Khan has also sent a notice to a news channel for distorting his statements. “I have already stated in my previous statement as to how I have defended India in the Arab world on crucial issues. I will continue to do so, far from complaining against my country to any other country or Arab or Muslim world,” he said.

“This is against our Constitution, against my own views, upbringing and against my religious belief which teaches me that ‘love of homeland is part of Islam’.”

Khan had earlier taken a stand against the police rampage at Jamia Millia Islamia university in December, ensuring the release of several detained students at night.

The minority commission had also spoken out against the February riots in Delhi, calling them “one-sided and well-planned in which maximum damage was inflicted on Muslim houses and shops with local support”.

Since the Covid-19 lockdown started, the special cell has arrested two Jamia students, one former student and several others involved in protests against the new citizenship matrix, which the police have linked to the riots that killed 53 people.

Khan had also been critical of the role of the Delhi government in relief efforts as well as its treatment of those who had been quarantined after attending a Tablighi Jamaat congregation last month at the Nizamuddin Markaz Mosque.

Delhi’s Covid health bulletins would earlier mention the word “Markaz” while providing infection figures. The words “Special Operations” replaced “Markaz” in the bulletins, following a request from the minorities commission.