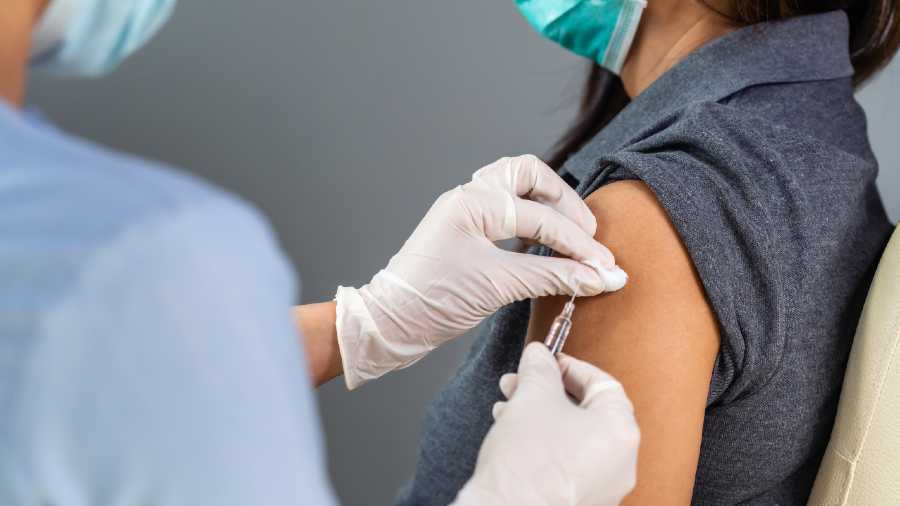 With just 17 per cent of eligible people receiving the precaution dose of Covid-19 vaccines till August 15, Union Health Minister Mansukh Mandaviya appealed to states on Tuesday to organise vaccination camps at public places such as railway stations, airports and religious sites to boost the coverage.

Mandaviya, who interacted with the health ministers of states and Union territories virtually, advised them to widely publicise the availability of heterologous precaution dose of Corbevax vaccine.

He also urged them to organise vaccination camps at public places such as bus stands, railway stations, airports, schools/colleges, pilgrimage routes and religious sites to increase the uptake of precaution dose among the eligible beneficiaries.

The precaution dose coverage among the 64,89,99,721 eligible population was eight per cent till July 14.

On July 15, the government launched a 75-day special drive to administer precaution doses to all aged 18 years and above at government vaccination centres free of cost.

The Covid Vaccination Amrit Mahotsava, aimed at boosting the uptake of precaution doses among the eligible population, is being held as part of the government's Azadi Ka Amrit Mahotsav to celebrate the 75th anniversary of India's Independence.

States and Union territories were also advised to ensure that all vaccine doses are utilised on the basis of FEFO (first expiry, first out) principle to avoid expiry of the vaccines.

"Vaccines are precious national resource and states need to ensure that not even a single dose expires, through meticulous planning and regular review," Mandaviya stressed.