The national school board issued a statement, dropping the comprehension passage and accompanying questions, deciding to award full marks for it to students 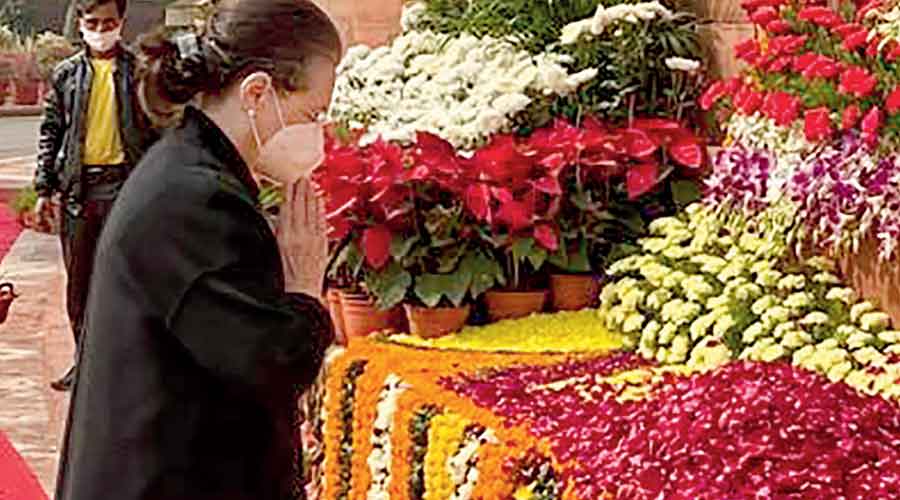 Congress president Sonia Gandhi on Monday led the Opposition’s charge in the Lok Sabha against a “blatantly misogynist” passage in the CBSE Class X English question paper, demanding its withdrawal and an apology.

The national school board later issued a statement, dropping the comprehension passage and the accompanying questions and deciding to award full marks for it to all the students.

Although Sonia refrained from launching a political attack on the government, son Rahul Gandhi in a tweet termed the passage “downright disgusting” and said it reflected “typical RSS-BJP ploys to crush the morale and future of the youth”.

Most #CBSE papers so far were too difficult and the comprehension passage in the English paper was downright disgusting.

Typical RSS-BJP ploys to crush the morale and future of the youth.

Raising the issue during Zero Hour, Sonia read out the passage, termed it “atrocious” and stressed that it went against “all norms and principles of a progressive and empowered society”.

“The passage contains an atrocious statement such as, and I quote: ‘Women gaining independence is the main reason for a wide variety of social and family problems’,” she said.

“Here, I again quote: ‘Wives stopped obeying their husbands, and that is the main reason children and servants are indisciplined’.”

Members of the Congress and some other Opposition parties cried: “Shame, shame.”

“The entire passage is riddled with such condemnable ideas, and the questions that follow are equally nonsensical,” Sonia said.

“Sir, I add my voice to the concerns of students, parents, teachers, and educationists, and I raise strong objections to such blatantly misogynist material finding its way into an important examination conducted by the CBSE.”

Sonia demanded an apology from the education ministry and the CBSE and a thorough review into the “egregious lapse to ensure that this is never, never repeated again”.

“I also urge that the ministry of education must conduct a review of the gender sensitivity standards of the curriculum and the textbooks,” Sonia said.

The CBSE statement said: “A passage in one set of the English language and literature paper of the CBSE Class-10 first-term examination held on December 11 is not in accordance with the guidelines of the board with regard to the setting of question papers.”

The CBSE statement said: “Full marks will be awarded for this passage to all the students concerned. To ensure uniformity and parity, full marks will also be awarded to students for passage number one for all sets of the question paper (including those that did not carry the controversial passage).”

The CBSE prepares different sets of questions for the same paper as an insurance against leaks.

The board statement added that the matter had been referred to a committee of subject experts on Sunday following feedback from stakeholders.

Rahul tweeted: “Most #CBSE papers so far were too difficult and the comprehension passage in the English paper was downright disgusting. Typical RSS-BJP ploys to crush the morale and the future of the youth”.

The comprehension test also carried sentences such as “emancipation of women destroyed the parent’s authority over the children” and “it was only by accepting her husband’s way that a mother could gain obedience over the younger ones”.

Excerpts from the passage had been widely circulated on social media on Sunday, prompting the hashtag “#CBSEinsultswomen” to trend on Twitter and users to slam the board for supporting “misogynistic” and “regressive opinions”.