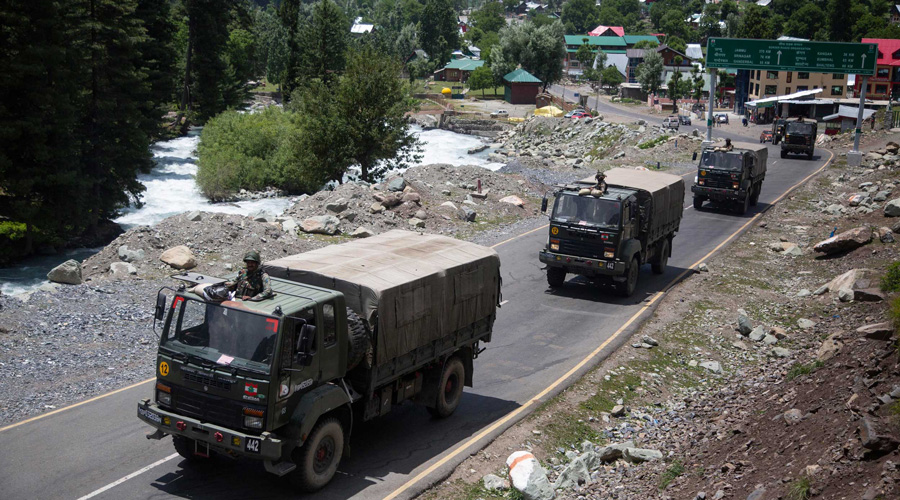 China’s military on Friday said four of its soldiers had died in the June 15 Galwan Valley clash, breaking eight months’ silence on the number of casualties it had suffered in the hand-to-hand fight that had killed 20 Indian soldiers.

The statement comes a day before a tenth round of military talks during which the future course on the outstanding friction points, including Depsang Plains, is expected to be taken up for discussion.

A troop disengagement is under way from the north and south banks of the Pangong Lake where India is widely perceived as having given away too much to the Chinese.

China sought to explain the timing of the announcement by claiming it was “clarifying the truth” when India had “repeatedly hyped up the casualties”.

The PLA Daily, mouthpiece of China’s People’s Liberation Army, said “five Chinese frontier officers and soldiers stationed in the Karakoram Mountains have been recognised by the Central Military Commission of China for defending national sovereignty and territorial integrity” and added that one of them was “injured”.

The PLA Daily said battalion commander Chen Hongjun and three soldiers -- Chen Xiangrong, Wang Zhuoran and Xia Siyuan -- were killed in the “fierce struggle” and were given posthumous awards. An award was given to the regimental commander of the PLA Xinjiang Military Command, Qi Fabao, who was seriously injured in the clash, it added.

The aftermath of the clash had witnessed a controversial statement from Prime Minister Narendra Modi, who told an all-party meeting on June 19 that no one had entered or was occupying Indian territory, prompting China to immediately imply the Indians were the transgressors.

On Friday, too, the Chinese state media said the PLA soldiers had died during a “fierce struggle” against “foreign military” who had violated an agreement and crossed into the Chinese side.

PLA Senior Colonel Ren Guoqiang, spokesperson for the Chinese defence ministry, said: “It should be noted that since last June, Indian troops illegally crossed the Line of Actual Control (LAC) for deliberate provocation, and even violently attacked the Chinese officers and soldiers who went there for negotiation, thus intentionally triggering the fierce physical conflict at the Galwan Valley and causing casualties on both sides,” he said.

“The responsibility of the skirmish at the Galwan Valley lies entirely with the Indian side.”

Col Ren added: “Public coverage of the heroic deeds of Chinese border troops by the Chinese media is the responsibility of the media to objectively tell the facts. It is conducive to clarifying the truth and letting the world see the rights and wrongs.”

He alleged that India had “repeatedly hyped up the casualties, distorted the truth, misled international public opinion, and slandered the Chinese border troops”.

While India had announced its 20 deaths shortly after the clash, the chief editor of a communist party-run newspaper in China had acknowledged PLA casualties but mentioned neither any deaths nor numbers. Beijing had till Friday never officially acknowledged Chinese casualties, preferring till now the ambiguous word “losses”.

On Wednesday, India’s northern army commander had cited the figure of 45 Chinese casualties, as reported by Russian news agency TASS on February 10.

Among the Indian casualties was the commanding officer of the 16 Bihar Regiment, Colonel Santosh Babu, who was posthumously awarded the Mahavir Chakra, the second-highest war-time gallantry award.

Several Indian soldiers were taken prisoners of war following the clash, which happened during a “de-escalation process”, but were later released.