Shut madarsas to check ISIS influence on Muslim children: UP Shia board chief writes to Modi 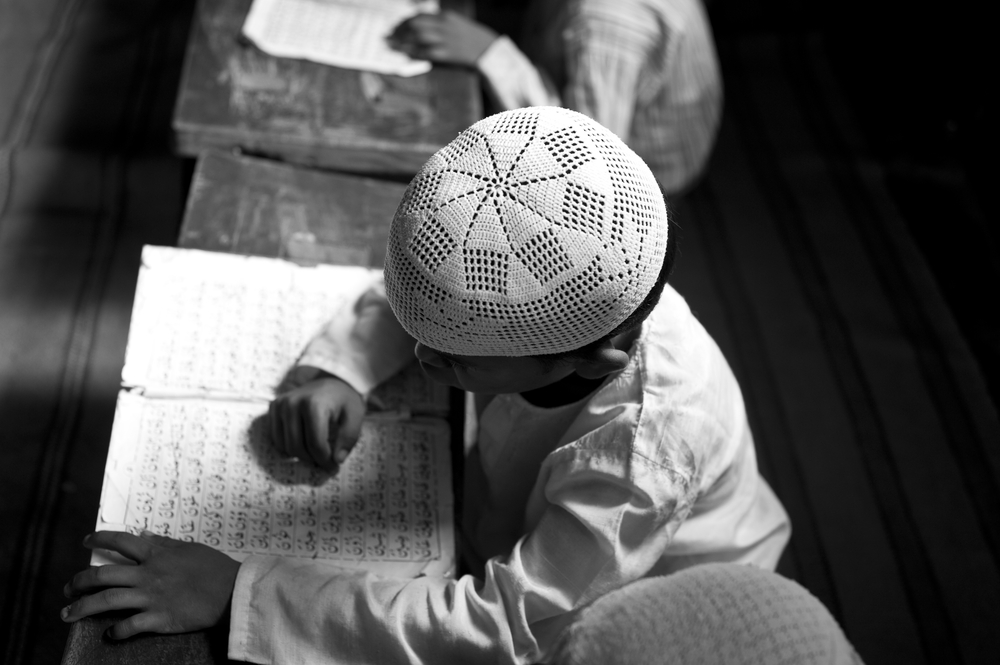 In a letter to Prime Minister Narendra Modi, UP Shia Central Waqf Board chairman Waseem Rizvi has demanded shutting down of primary-level madarsas across the country in order to check the influence of the terror group ISIS on Muslim children.

Rizvi, who has supported the demand for a Ram temple in Ayodhya and uniform civil code, said Muslim children, if they want, can take admission in madarsas after completing high school.

'It can be seen that children are soft targets for running any mission and at this point of time, ISIS is a dangerous terror organisation which is gradually getting hold over the Muslim population across the world.

'...if madarsas are not shut down, about half of the country's population will become supporters of the ISIS ideology in 15 years' time,' Rizvi said in the letter.

He stressed that ISIS support is clearly visible in Kashmir, where Muslim children attending madarsas are getting monetary support and are being alienated from people of other religion in the name of Islamic education.

'In the rural areas of the country also, the primary madarsas in the name of donations are harming the future of our children and promoting fundamentalist thinking... this is damaging both the country and the Muslim children,' he said.