Shraddha Walkar murder case should be heard by a fast-track court: Ajit Pawar

The harshest should be given to the guilty so that no one musters courage to commit such a crime in future, says the NCP leader 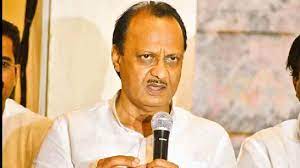 Nationalist Congress Party (NCP) leader Ajit Pawar on Friday said the Shraddha Walkar murder case should be heard by a fast-track court and the guilty should be given the "harshest" punishment.

Speaking to reporters here, Pawar said an inquiry should take place if any policeman is found guilty of dereliction of duty.

In May this year, Walkar, 27, was allegedly murdered by her live-in partner Aaftab Poonawala in Delhi. He allegedly strangled Walkar and sawed her body into 35 pieces which he kept in a fridge for almost three weeks at his residence in South Delhi's Mehrauli area before dumping them across the city over several days past midnight.

Walkar had in 2020 lodged a complaint with the Palghar police in Maharashtra, in which she accused Poonawala of trying to kill her and stated that she feared he would cut her into pieces.Union Home Minister Amit Shah had on Thursday said Walkar had lodged a complaint against Poonawala at a police station in Maharashtra, but no action was taken at the time and a probe will be initiated into the lapse.

Asked about Shah's statement, the NCP leader said, "Instead of leveling allegations against each other, if any police officer or a police constable is found guilty of dereliction of duty, an inquiry should take place."Pawar further said that a fast-track court should be set up to hear the case and the guilty should be punished.

A message should go to the society that such an act only deserves capital punishment, he said."The harshest should be given to the guilty so that no one musters courage to commit such a crime in future," the NCP leader said.

'Need to discuss violence against women by partners'