If it can demonetise currency notes instantly, why can't it build Ram temple at Ayodhya site, asks Uddhav 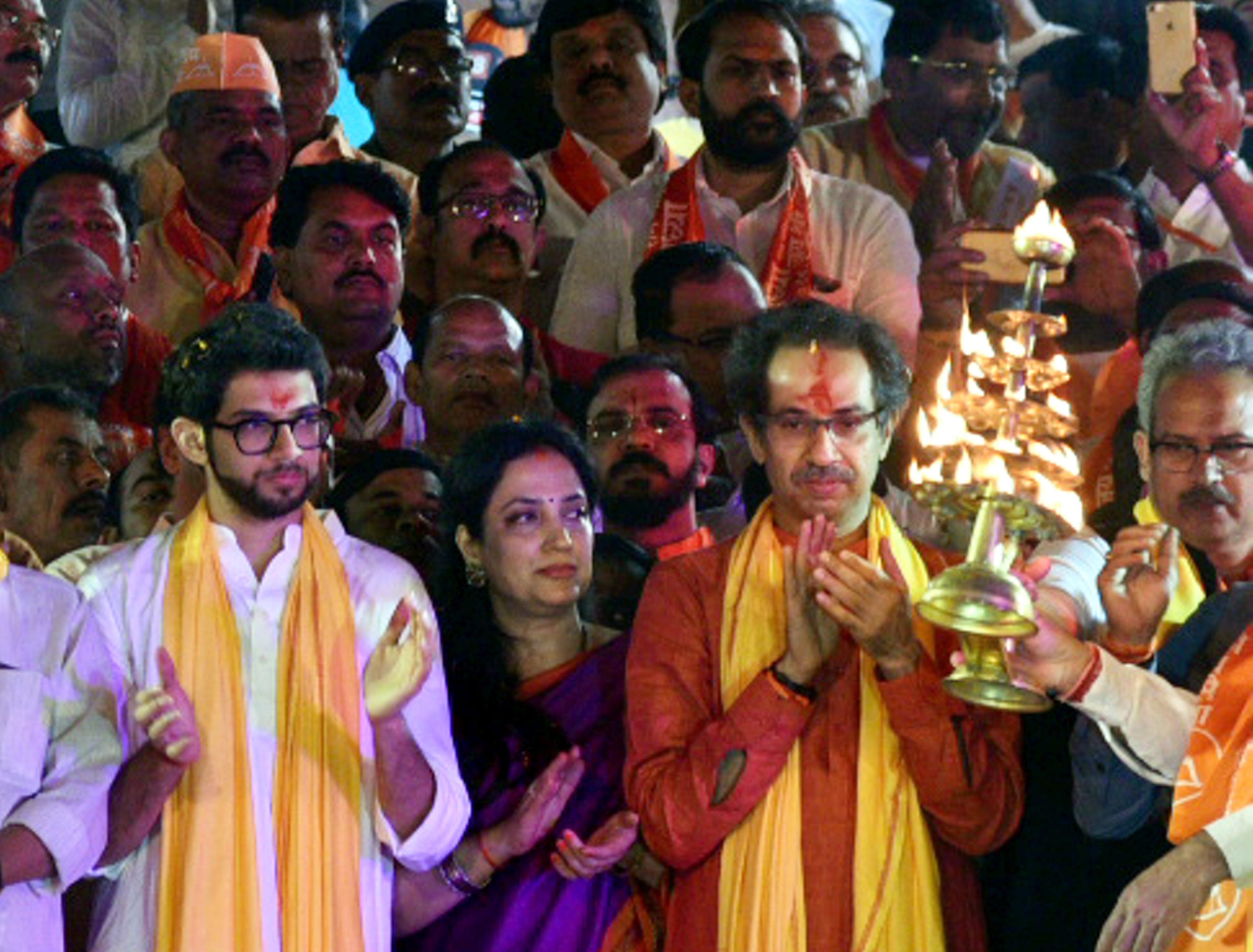 The chief of restive ally Shiv Sena on Saturday compared Prime Minister Narendra Modi to Ravan’s brother Kumbhakaran, a character in the Ramayan who slept six months at a stretch, deriding his government’s inaction on building the promised Ram temple in Ayodhya.

Uddhav Thackeray, who was in Ayodhya on a two-day visit, said he had come to force the central government to reveal the date when the temple would be built.

“If it can demonetise currency notes instantly, why can it not build the temple?” he said. “Now tell me the date.”

Without mentioning names, Uddhav added: “Kumbhakaran used to sleep for six months (before waking for a day to eat and fall back into another six-month spell of slumber). But today’s Kumbhakaran has been sleeping for the last four years. I want the modern-day Kumbhakaran to wake up and build the Ram temple.”

Uddhav was addressing a meeting of sadhus at the Laxman Quila ground, barely 1km from the disputed Ram Janmabhoomi-Babri Masjid site. Although he didn’t mention Modi by name during his 10-minute speech, his target was clear.

“It’s not important how broad your chest is; what’s important is how big a heart and how much courage it harbours,” he said. Modi has often boasted about possessing a “56-inch chest”.

“Days, months and years have passed…. Maybe you couldn’t do it during Atal Bihari Vajpayee’s tenure because it was a coalition government. But the present government is very powerful….”

The Sena chief, who was accompanied by wife Rashmi and elder son Aditya, denied playing politics over the Ram temple.

“Somebody asked me when I arrived here why I had remembered Ram Lalla just before the Lok Sabha elections,” he said.

“But all I wanted to do was to say in front of the sadhus that I would thank them (the Modi government) if they build the temple. I would pay obeisance there as a common devotee and my party will never claim credit for it.”

A dozen local sadhus, mobilised by Sena leaders who had been camping in Ayodhya for over a week, garlanded Uddhav. Led by Sena MP Sanjay Raut, several Sena ministers, MPs and MLAs from Maharashtra had met the sadhus and requested them to attend the event and honour Uddhav.

Over 2,000 Sena members have arrived in Ayodhya to attend Uddhav’s programme. Local participation at the Laxman Quila event was negligible.

“Bring in an ordinance or pass a law — do whatever you can,” Uddhav appealed to the Modi government. “The Shiv Sena will support you in Parliament.”

The Sena has 18 MPs in the Lok Sabha and 3 in the Rajya Sabha.

Uddhav later attended an aarti organised by some sadhus on the Saryu’s banks. He will pray at the makeshift Ram temple at the disputed site on Sunday morning before flying back to Mumbai.