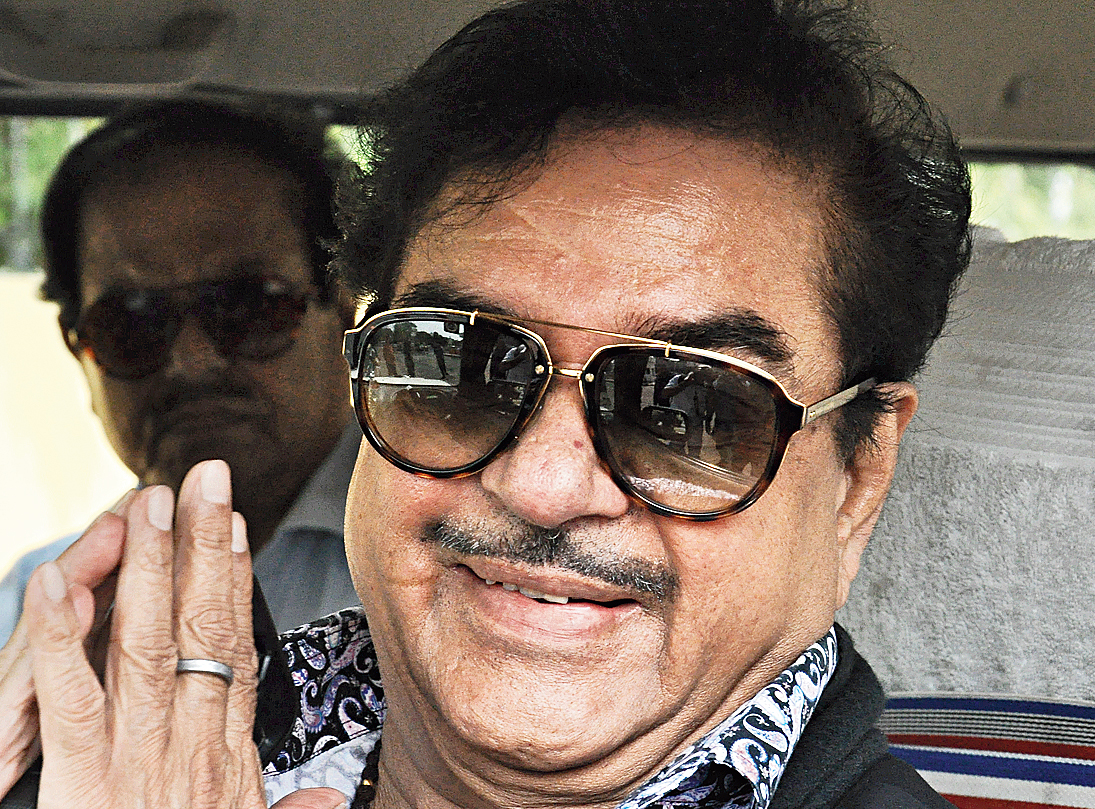 Shatrughan Sinha has been the Patna Sahib MP since 2009, but the BJP is unlikely to give him a ticket given his public and prolonged fallout with the party.
The Telegraph file picture
Sanjeev Kumar Verma   |   Patna   |   Published 14.01.19, 09:52 PM

Rebel BJP MP from Patna Sahib Shatrughan Sinha is likely to contest the coming general elections on a Congress ticket, an aide of the actor-turned-politician said on Monday.

“He (Sinha) is waiting for finalisation of seat-sharing formula among Grand Alliance constituents before taking a call about the party he would join ahead of the Lok Sabha elections,” the aide said.

Sinha has been the Patna Sahib MP since 2009, but the BJP is unlikely to give him a ticket given his public and prolonged fallout with the party — including his open criticism of several steps of the Narendra Modi government such as demonetisation. He has also been applauding the RJD’s Tejashwi Prasad Yadav.

Bihar NDA leaders broke bread together at least at three places on the occasion of Makar Sankranti on Monday. Sinha was not invited to any of them. On Sunday he had told reporters that instead of asking whether he would get a BJP ticket or not, people should ask whether he was interested in the ticket.

“There is a good number of upper caste voters in Patna Sahib constituency and in case he contests the seat on an RJD ticket it would become difficult for him to get these votes given that the RJD has opposed the 10 per cent reservation bill. As Congress supported the bill it would be more suitable for him to contest the seat on a Congress ticket,” said Sinha’s aide.

The aide pointed out that even in 2014, when the Congress and the RJD had contested the elections in alliance, the Patna Sahib seat had gone to the Congress quota.