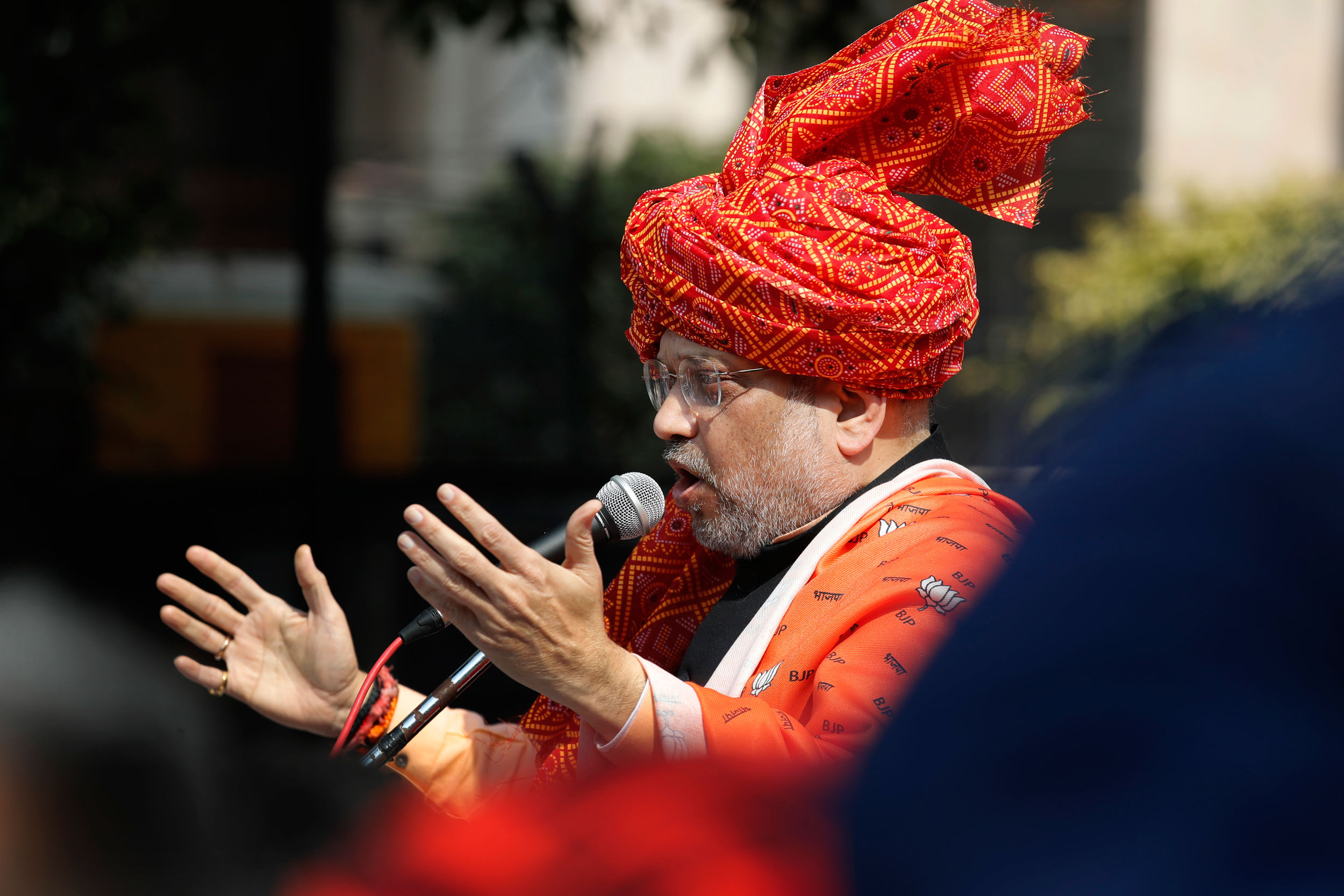 Anti-CAA protesters at Shaheen Bagh, who have called for a march till Union home minister Amit Shah's residence on Sunday, have not yet received permission from the Delhi police.

In a letter to the protesters, the New Delhi district police said the march will pass through two more districts and request for it has been sent to the police headquarters for further appropriate actions.

Police said they had asked the protesters at Shaheen Bagh to give the details of the delegation for its meeting with the Union home minister.

In a written response to police, they said 4,000 to 5,000 demonstrators would be marching towards Shah's residence.

The protesters, mainly women, have been staging a sit-in against the Citizenship Amendment Act (CAA), National Register of Citizens (NRC) and the National Population Register (NPR) for the past two months.