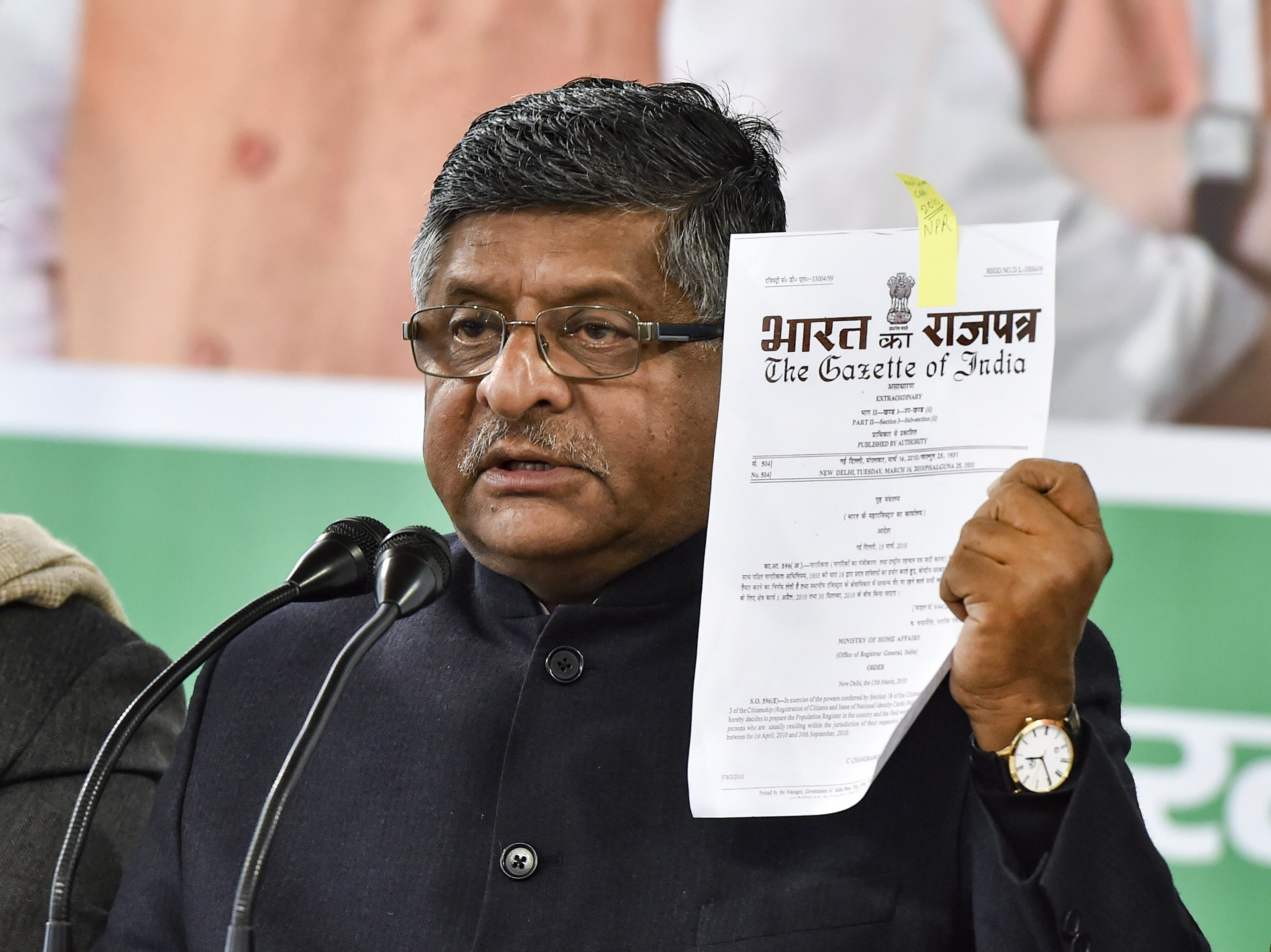 Union minister and BJP leader Ravi Shankar Prasad on Monday alleged that Delhi's Shaheen Bagh protest is emerging as 'a textbook case of a few hundred people trying to suppress the silent majority.'

He claimed that those trying to fragment India are getting cover at Shaheen Bagh protest where the tricolours are being waived.

'It is offering platform to tukde tukde gang elements under the garb of opposition to the Citizenship (Amendment) Act. This protest is not just a protest against CAA, it is a protest against Modi,' Prasad said in a press conference.

Accusing Congress and Aam Aadmi Party of vote bank politics, he said, 'It is important to bring the truth out. Rahul Gandhi went to JNU when the tukde tukde gang was raising slogans to divide India. Kejriwal ji also went there. This is their truth and it is only for vote bank.'

'Lakhs of people are distressed because they can not go to office, shops are shut and their children are not able to go to school due to road block by Shaheen Bagh protesters,' he said.

He further asked why can't chief minister Arvind Kejriwal and his deputy Manish Sisodia listen to 'the silent' voices of those distressed by the blocking of the road.

Responding to Prasad's allegations, Kejriwal said that BJP leaders should immediately go to Shaheen Bagh, talk to protesters and open the road.

'People are distressed because of closed roads at Shaheen Bagh. The BJP does not want that the roads be opened. The BJP is playing dirty politics. The BJP leaders should go to Shaheen Bagh, talk to people, and open the road,' Kejriwal tweeted in Hindi.

Earlier in the day, Congress leader Digvijay Singh too urged Prime Minister Narendra Modi and Union home minister to visit Shaheen Bagh and hold a dialogue with the protesters to prevent 'further deterioration' of the current situation.

Women of Shaheen Bagh as well as of Uttar Pradesh, who are leading the protests in their respective areas, have appealed to Modi and Shah to visit them and hold a discussion.