2 people killed, 7 injured in blasts in Anantnag and Srinagar 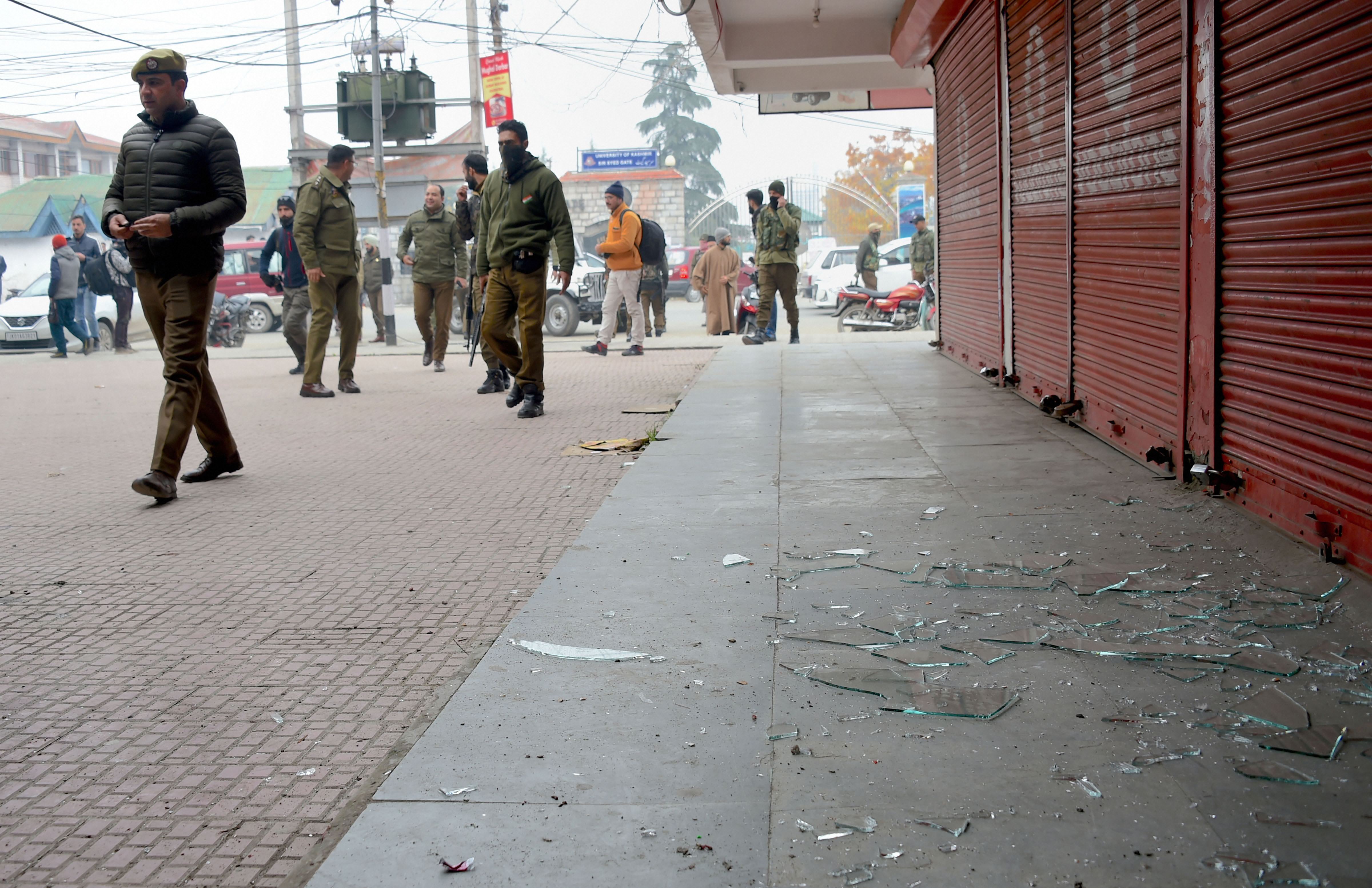 In south Kashmir's Anantnag, militants lobbed a grenade in the Wagoora area when government function — 'Back to Village programme' — was taking place, killing two people and injuring four others, a police official said.

In Srinagar city, an explosion took place in the market near Sir Syed gate of Kashmir University in the Hazratbal area this afternoon, the official said.

Three persons were injured in the explosion near the university. All are stated to be stable, he said.

The official added that the explosion was not caused by a grenade as it was suspected earlier. Preliminary investigation suggests that it was a low-intensity blast.

Further investigations are on, he added.