As many as 58 still missing while several got injured, says government 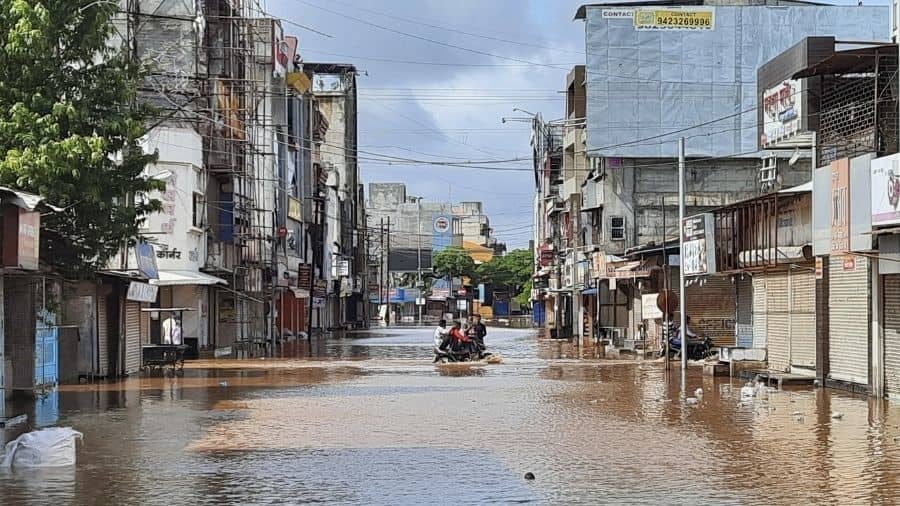 At least 76 people died, 38 others injured and 59 are missing after many areas in Maharashtra were hit by floods and landslides triggered by heavy rains, Deputy Chief Minister Ajit Pawar said on Saturday.

Raigad district seems the worst-affected by the rain fury where 47 people lost their lives, including 37 in the landslide at Taliye village on Thursday, according to the state disaster management department.

Speaking to reporters in Pune, Pawar said 90,000 people were evacuated to safety so far from nine districts, hit by heavy rains over the last four days.

Parts of the Raigad and Ratnagiri districts in the coastal Konkan region and Kolhapur district in western Maharashtra have been worst affected by the floods. Besides that, heavy rains have been pounding parts of the Satara district.

As per a statement issued by the Chief Minister's Office (CMO) earlier in the day, 76 people died and 38 others were injured in the floods that ravaged parts of the state while 30 people went missing.

A senior official of the state disaster management department told PTI on Friday that as many as 129 people have died in rain-related incidents, including multiple landslides, in Maharashtra over the two previous days.

The CMO statement said that as per the information received from the Relief and Rehabilitation Department, nearly 90,000 people have been evacuated. Seventy-five animals have perished, it added.

According to Pawar, 23 areas in the Pune district are landslide-prone including five areas in Ambegaon, two in Maval, two in Khed, three in Bhor, besides one area each in Mulshi, Junnar, and Velha. In these areas also many people have lost their lives," he added.

Speaking about the rescue operations, Pawar said 90,000 people have been relocated from the affected areas (in nine districts) and the flood-prone areas.

"21 teams of NDRF have been working along with 14 teams of the Army, the Coast Guard and others. Four teams of the SDRF have also joined the operations, he said.

Earlier in the day, five bodies were recovered from the landslide site at Ambeghar village in Satara district, an official had said.

The district administration had said that at least 16 people are feared trapped in the landslide at this village located in Patan tehsil as four to five houses were buried under the debris.

Pawar also said the government has decided to distribute ration kits in these affected areas.

Usually a ration kit includes wheat, rice, pulses, and kerosene. But considering the restrictions to get wheat flour in this scenario, the government has decided to give rice, pulses, and kerosene in ration kits, which will help people prepare khichdi as a meal. Along with this, we are appealing social organisations to come forward to run Shivbhojan thali centres in the affected areas, Pawar said.

The deputy CM further said the Maharashtra government is coordinating with its Karnataka counterpart to ensure flood relief for the people (in Kolhapur district) by releasing water (from Almatti dam).