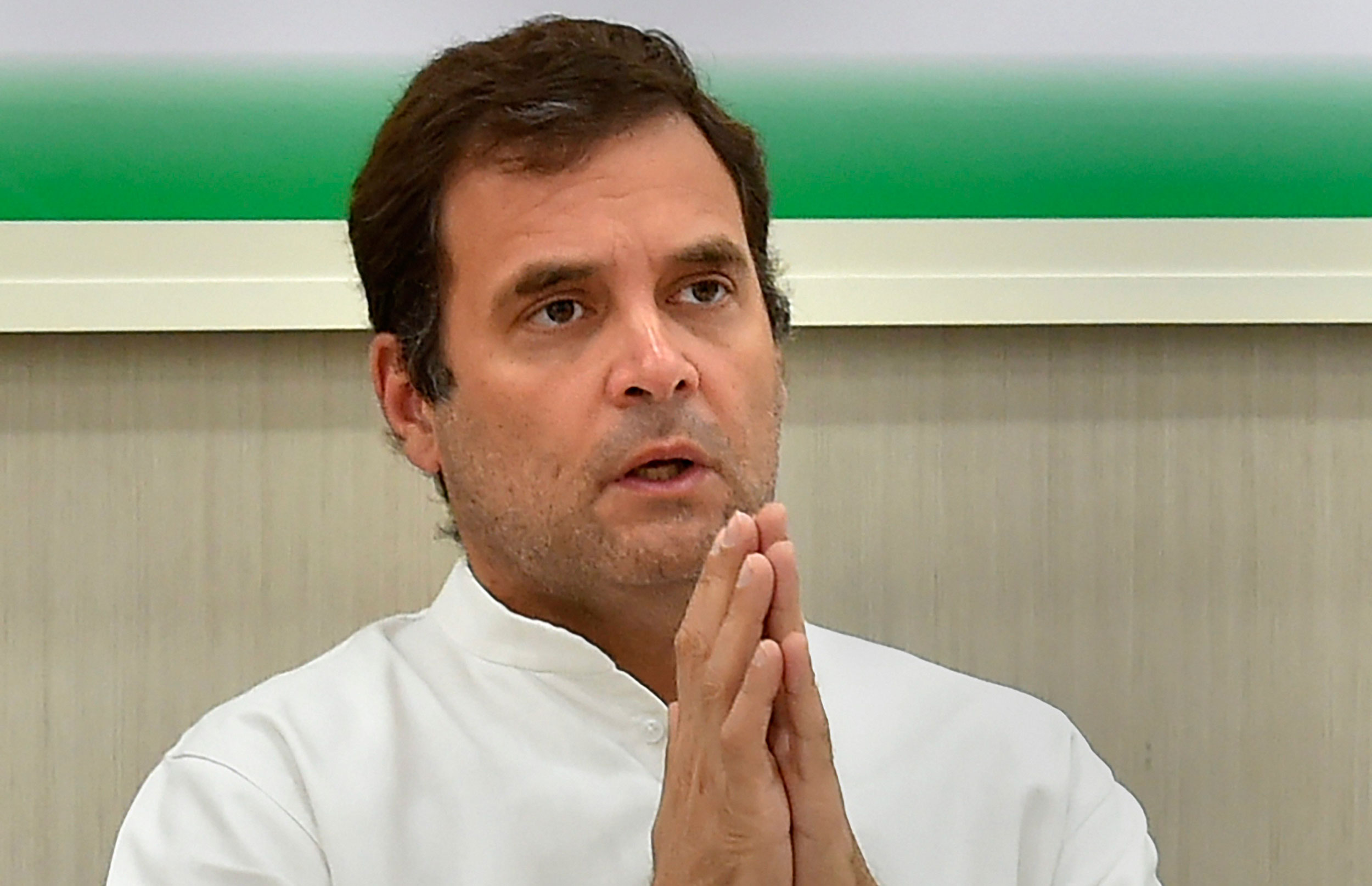 A significant absentee was the Congress, which made up its mind in the morning to stay away. Party president Rahul Gandhi wrote to the government expressing regret.
PTI file photo
TT Bureau   |   New Delhi   |   Published 20.06.19, 01:53 AM

At least seven major Opposition parties, including the Congress and Trinamul, skipped a meeting convened by Prime Minister Narendra Modi on Wednesday to discuss simultaneous elections to Parliament and the state Assemblies.

The government afterwards claimed a broad “in-principle” agreement on the contentious issue.

However, the written responses sent by several of the absentee Opposition parties to the government and the objections raised at the meeting by the Left, NCP, National Conference and the AIMIM, who were present, made it clear there was no broad consensus. The written responses were not considered.

Defence minister Rajnath Singh said Modi had announced the formation of a committee to examine the issue and submit a report.

A significant absentee was the Congress, which made up its mind in the morning to stay away. Party president Rahul Gandhi wrote to the government expressing regret.

The Congress said the government had raised the one-nation-one-poll question only to divert the people’s attention from real issues. This view was echoed by the BSP and the Samajwadi Party, which too stayed away.

“Holding simultaneous polls is a constitutional matter and can’t be dealt with lightly. It is better to debate electoral reforms in Parliament,” Congress spokesperson Gaurav Gogoi told a media conference.

“Even on elections, there are far more serious concerns like doubts over EVMs, misuse of state machinery and deployment of obscene amounts of money, which should be discussed,” Gogoi added.

BSP chief Mayawati tweeted that had the meeting been held to discuss EVMs, she would have attended.

The DMK, AIADMK and the AAP were the other major parties not present.

The AIADMK and the AAP sent representatives, but they were told only party chiefs were invited.

AAP national executive member Raghav Chadha told The Telegraph: “As they had said that party leaders could send representatives, the CM had nominated me. A few hours before the meeting, they say they have changed the rules.”

CPM general secretary Sitaram Yechury, who attended the meeting, told reporters it was not for the government to decide who would represent a party; that decision should be the prerogative of the party leader.

At the meeting, Yechury submitted a 10-page note articulating the CPM’s position. On simultaneous polls, he said: “It is fundamentally anti-federal, anti-democratic and strikes at the root of the parliamentary democratic system, as ordained in the Constitution”.

Referring to a Niti Aayog proposal to have the President run the administration with a ministry selected by him till a new House is constituted if the earlier one is dissolved prematurely, the CPM said: “This outrageous proposal… is bringing an executive Presidency through the back door.”

Pointing out that India had started out with simultaneous elections but that cycle was broken by the arbitrary use of Article 356 (central rule in a state) in 1959, Yechury and NCP chief Sharad Pawar said a one-nation-one-poll formula would not be possible without significant amendments to the Constitution.

Farooq Abdullah of the National Conference questioned the Centre’s own commitment to simultaneous elections by pointing out that not only was the Jammu and Kashmir Assembly dissolved ahead of schedule, the state polls were not conducted with the just-concluded general election.

When TRS working president K.T. Rama Rao endorsed the proposal, Yechury pointed out that the Telangana party had advanced Assembly elections to December 2018 when these should have been held along with the Lok Sabha polls this year.

Trinamul and the AAP sought a detailed white paper/vision document from the government to be able to arrive at a considered decision.