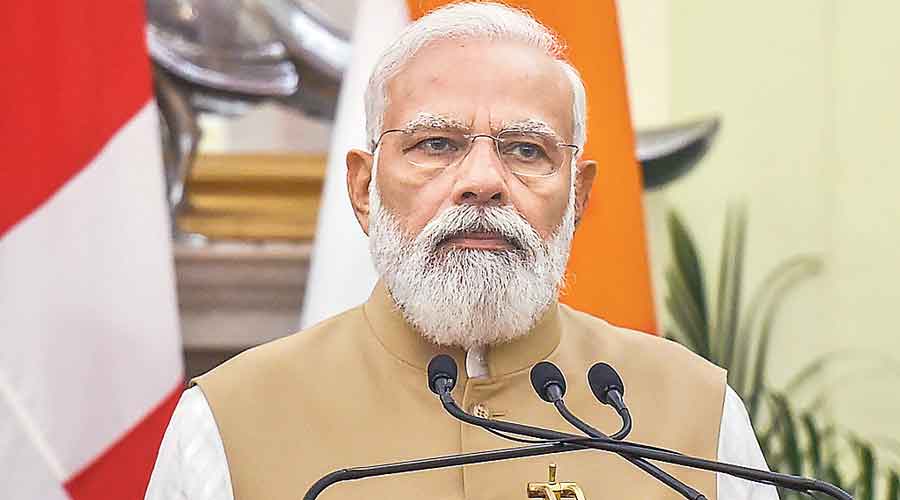 A senior citizen has filed a writ petition before Kerala High Court seeking the removal of Prime Minister Narendra Modi's photograph from his Covid-19 vaccination certificate.

Peter Myaliparambil, a senior citizen and an RTI activist from Kottayam in central Kerala, noted in his petition that the Prime Minister’s photograph on his personal vaccination certificate was a violation of his fundamental rights.

The petitioner explained that he had paid Rs 750 for a single dose of Covishield vaccine at a private hospital in Kottayam, mainly because of the lack of slots for free vaccines.

“The petitioner has paid for his vaccination…. In fact, it was the non-availability of free vaccine slots that led to the petitioner opting for the paid vaccination. The state has no right to claim credit by inserting a photograph of the Hon’ble Prime Minister in the certificate issued to a paid-vaccine recipient,” Myaliparambil said.

He submitted copies of vaccination certificates from the US, Indonesia, Israel, Kuwait, France and Germany to show that none of these featured pictures of the heads of state or government.

His contention is that none can encroach on another’s private space. “The certificate issued to the petitioner, in his name, having his personal details and the details of a medical record, is his private space. The State has no right to access that space, any more than the petitioner consents to it.”

Advocate Ajit Joy, who represents the petitioner, told The Telegraph that Justice P.B. Suresh Kumar had on Friday ordered the Union and state governments to file their responses within two weeks.

Myaliparambil highlighted how several campaigns were being run giving the entire credit to Modi for the “largest vaccination campaign in the world” and cited how the University Grants Commission and Kendriya Vidyalaya Sangathan, Bangalore region, had put up banners thanking the Prime Minister for free vaccines.

“On the whole, the petitioner is concerned that the national campaign against Covid-19 is being converted into a media campaign for the Hon’ble Prime Minister…. There seems to be an effort to show the campaign as a one-man show, a propaganda to project an individual at State expense,” he noted.

He contended that the Union government and the Prime Minister “cannot claim to have done anything but their duty”.