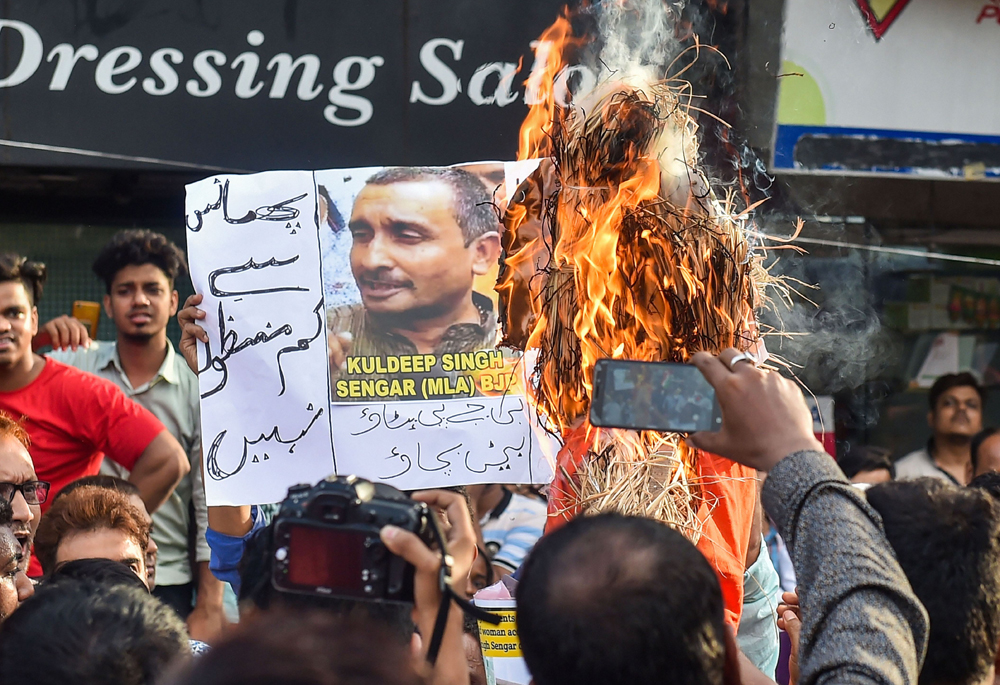 The “long arm of the law” apparently ties itself in knots when it comes to Kuldeep Singh Sengar and his family.

A brother of the BJP lawmaker and gang-rape and murder accused remains at large despite being charged with shooting at a police officer four times and nearly killing him in 2004, with the case documents having apparently disappeared.

Ram Lal Verma, the officer shot at, and a senior police officer in Lucknow who wouldn’t be named confirmed on Friday that the attempt-to-murder case against Atul aka Jai Deep was still pending.

Verma had stated in his complaint at the time that Atul had shot him four times from his pistol, twice grazing his chest and lodging two bullets in his stomach. He survived after a series of surgeries.

The attack had come during a police raid on a sand-mining site on the Ganga’s banks. The Sengars then ran a sand-mining business, and Verma was an additional superintendent of police in Unnao.

“Atul was arrested and granted bail after two weeks. A chargesheet was filed against him in 2005. But the case diaries and other case files disappeared soon,” the Lucknow officer said.

He said the crime branch was still investigating the files’ disappearance from the Gangaghat police station in Unnao.

Verma, now a deputy inspector-general of police with the Provincial Armed Constabulary in Kanpur, is currently in Chennai to attend a training programme.

On Friday, he told reporters over the phone that he had filed an RTI application with his department two years ago and was told the case diaries were still missing. “I was almost killed that day (in 2004),” Verma was quoted as saying.

Kuldeep, a party-hopper, is known to have friends in almost every political party and has the support of most Thakur politicians in Uttar Pradesh cutting across party lines.

Atul has been in Unnao jail with Kuldeep and two of their henchmen since last year. While all four are accused of gang-raping a young woman in Unnao in 2017, Atul and the henchmen are also charged with murdering her father with police help in Unnao jail last year.

Kuldeep has been booked for murder as well after a truck collided with the woman’s car on Sunday, killing her two aunts and the driver while leaving her and her lawyer critically injured. Another of his brothers, Manoj, is a co-accused in the latest case, as is the son-in-law of a state minister.