Advertisement
Home / India / SC to Rakesh Asthana: How can you go to cabinet secretary?

SC to Rakesh Asthana: How can you go to cabinet secretary? 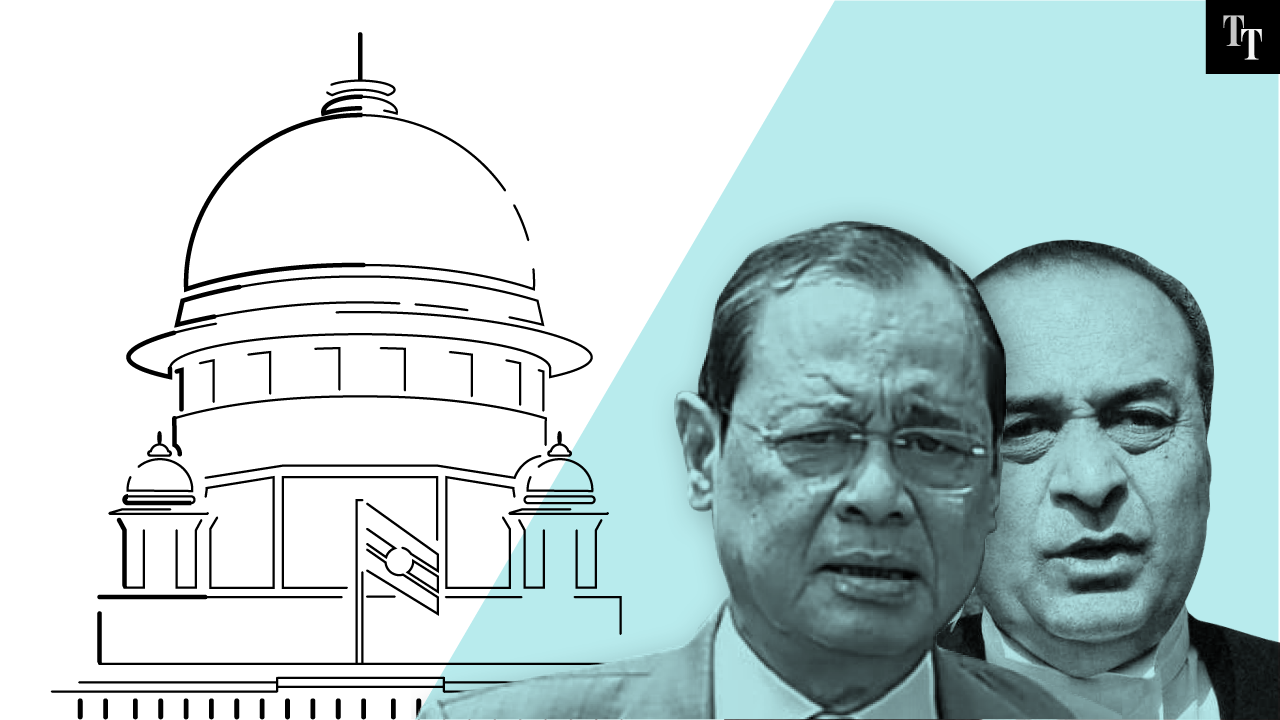 CBI special director Rakesh Asthana sought a copy of the CVC’s probe report against his boss Alok Verma, but the Supreme Court would have none of it. When senior advocate Mukul Rohatgi, appearing for Asthana, insisted, Chief Justice of India Ranjan Gogoi questioned the special director’s locus standi in the case and asked him under what authority he had filed a complaint against Verma to the cabinet secretary. Although it was not mentioned in the court, alleged government meddling and a tendency to bypass the director are said to have pushed the CBI to the flashpoint. The following are excerpts from the courtroom conversation: 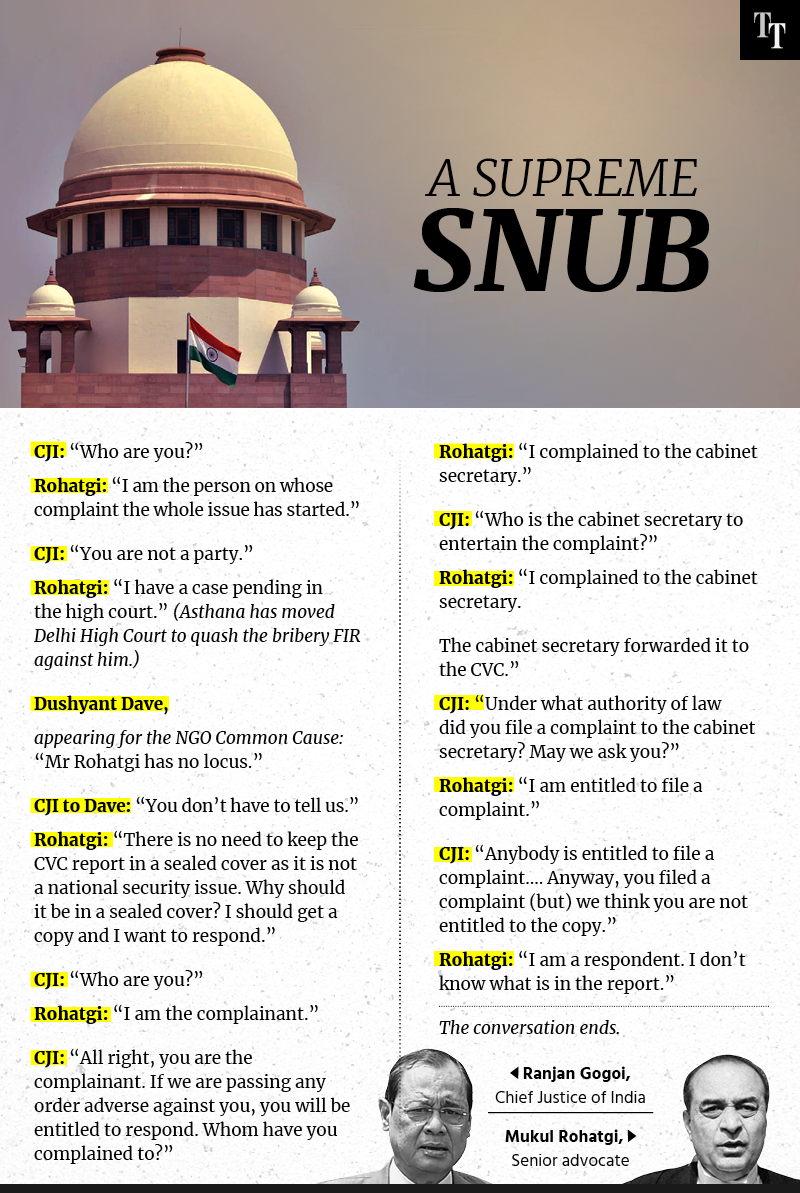