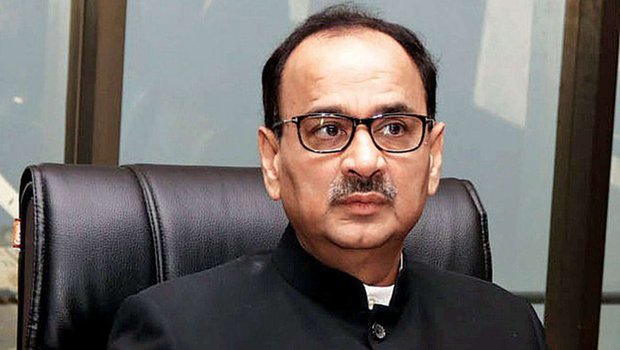 The court rejected a plea by CBI special director Rakesh Asthana, who had levelled bribery allegations against Verma and is considered close to the Prime Minister, for access to the confidential report filed by the CVC.

Both officers had been sent on leave by the Centre in a midnight operation, following which Verma had challenged his displacement in the Supreme Court.

Justice Gogoi, sharing the bench with Justices Sanjay Kishan Kaul and K.M. Joseph, explained the contents in a nutshell to senior advocate Fali Nariman, who appeared for Verma.

The CVC conducted the probe under the supervision of the former Supreme Court judge, Justice A.K. Patnaik.

The Centre did not demur when the court asked if it had any objection to the report being given in a sealed cover to Verma. The court said copies of the report would be given, again in sealed covers, to the attorney-general and the solicitor-general. “Needless to say, the report of the CVC…. in sealed cover will be treated with utmost confidentiality,” the court added.

Nariman said he would file the response by Monday so that the matter could be taken up for hearing on Tuesday, to which the court agreed.

The Central Vigilance Commission (CVC) has filed observations ranging from “very complimentary” to “very uncomplimentary” on the charges against benched CBI director Alok Verma, the Supreme Court said on Friday.

The top court made a “one-time exception”, allowing the handover of the report in a sealed cover to Verma and offering him the option to reply in a similarly confidential manner before 1pm on Monday.

The court said it was doing so “keeping in mind the need to preserve and maintain the sanctity of the institution of the CBI and public confidence in the said institution”.

SC TO ASTHANA: HOW CAN YOU GO TO CABINET SECRETARY?

The Supreme Court turned down a plea by CBI special director Rakesh Asthana for a copy of the CVC’s probe report against his boss Alok Verma. When senior advocate Mukul Rohatgi, appearing for Asthana, insisted, Chief Justice of India Ranjan Gogoi questioned the special director’s locus standi in the case and asked him under what authority he had filed a complaint against Verma to the cabinet secretary. Although it was not mentioned in the court, alleged government meddling and a tendency to bypass the director are said to have pushed the CBI to the flashpoint. The following are excerpts from the courtroom conversation:

Rohatgi: “I am the person on whose complaint the whole issue has started.”

Rohatgi: “I have a case pending in the high court.” (Asthana has moved Delhi High Court to quash the bribery FIR against him.)

Dushyant Dave,
appearing for the NGO Common Cause: “Mr Rohatgi has no locus.”

Rohatgi: “I am the complainant.”

CJI: “All right, you are the complainant. If we are passing any order adverse against you, you will be entitled to respond. Whom have you complained to?”

Rohatgi: “I complained to the cabinet secretary.”

CJI: “Who is the cabinet secretary to entertain the complaint?”

Rohatgi: “I complained to the cabinet secretary.

The cabinet secretary forwarded it to the CVC.”

CJI: “Under what authority of law did you file a complaint to the cabinet secretary? May we ask you?”

Rohatgi: “I am entitled to file a complaint.”

Rohatgi: “I am a respondent. I don’t know what is in the report.”