Advertisement
Home / India / SC order on reservation: Govt says it was not party to the case

SC order on reservation: Govt says it was not party to the case

The issue is being discussed in the government at the "highest level," the social justice and empowerment minister said 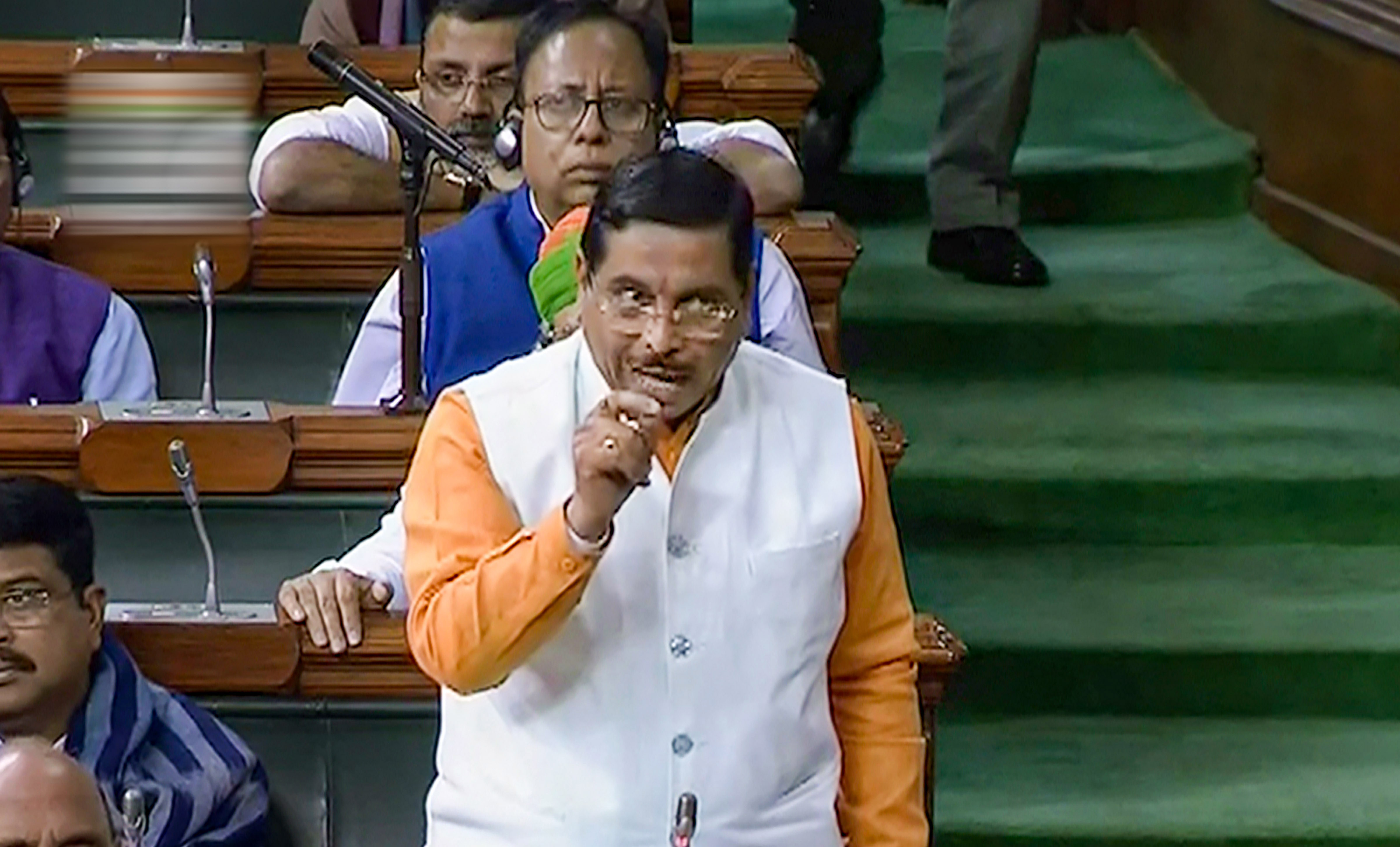 The government on Monday informed Lok Sabha that it was not a party to the case in which the Supreme Court ruled that states are not bound to provide quota in appointments and promotions, after the Opposition accused it of failing to defend the reservation system.

Making a statement in Lok Sabha, social justice and empowerment minister Thaawarchand Gehlot said the top court order pertains to a 2012 decision of the previous Congress government in Uttarakhand and asserted that the central government is 'committed' and 'dedicated' to reservation for SCs, STs and OBCs.

Gehlot made it clear that the Centre was not asked to file an affidavit in the matter and said the issue is being discussed in the government at the 'highest level' and it will take 'appropriate steps' in the matter.

When the minister said the Supreme Court ruling was on an order issued when the Congress was in power in Uttarakhand, members of the Opposition party shouted 'shame-shame' and walked out of the House.

As soon as the Question Hour started, Opposition members led by Congress leader Adhir Ranjan Chowdhury sought to raise the issue. He was also joined by members from other parties, including the DMK.

The Supreme Court has held that states are not bound to provide reservation in appointments and there is no fundamental right to claim quota in promotions.

The apex court was dealing with pleas regarding Uttarakhand government's September 5, 2012, decision to fill up all posts in public services in the state without providing reservation to SC/STs. The order was quashed by the high court.

Hitting back at the Opposition, the government said the Congress is trying to politicise a sensitive issue.

'This is my charge that the Congress is politicising the sensitive issue,' defence minister and deputy leader of the House Rajnath Singh said.

Singh said the government will make a statement in Lok Sabha on the Supreme Court ruling.

Birla said he would look into the issue.

Congress leader Adhir Ranjan Chowdhury and Kalyan Banerjee (TMC) targeted the government, saying there has been an onslaught on SC and ST reservation since the Modi government came to power.

Chirag Paswan of LJP, an NDA constituent, said the government should immediately interfere in the matter and put the reservation subject in the Ninth Schedule so that no one approaches the Supreme Court on these issues.

He said the order of the court and the behaviour of Opposition on the matter is impacting a big population of the country.

'I request the central government to strengthen the reservation system. We cannot even discuss the issue of ending reservation,' Paswan said.

Kalyan Banerjee (TMC) said the Constitution provides that reservation is a constitutional and fundamental right.

Parliamentary affairs minister Arjun Ram Meghwal said that in 2012 there was a Congress government in Uttarakhand and they took a decision on the matter.

'In the matter, the central government has no role. Our government is committed for reservation,' he said.

A. Raja (DMK) said there are reasons to believe that the government is not in favour of reservation.

'I urge the central government that they should file a review petition on this and also put the subject in the ninth schedule,' Raja said.

Rajiv Ranjan (BJP) said it is a 'very sensitive' issue and the House has one view on it.

'No politics should happen on this matter,' he said adding the government has taken several steps for the community.

Ritesh Pandey (BSP) alleged the central government is against SC/ST and Dalits.

Anupriya Patel (Apna Dal) said, 'I want to register my objection and disagreement with the Supreme Court order and this is very unfortunate also'.

She said one of the reason for such orders are low representation of SC/ST and OBCs in judiciary.

'The government should immediately intervene in the matter,' she said.

E. T. Mohammed Basheer (IUML) said the government cannot be a silent spectator on the matter.

CPI(M) member A. M. Ariff said the government should file a review petition on this.

'We need action, we don't need only words,' she added.