SC order on action against assault on Kashmiris 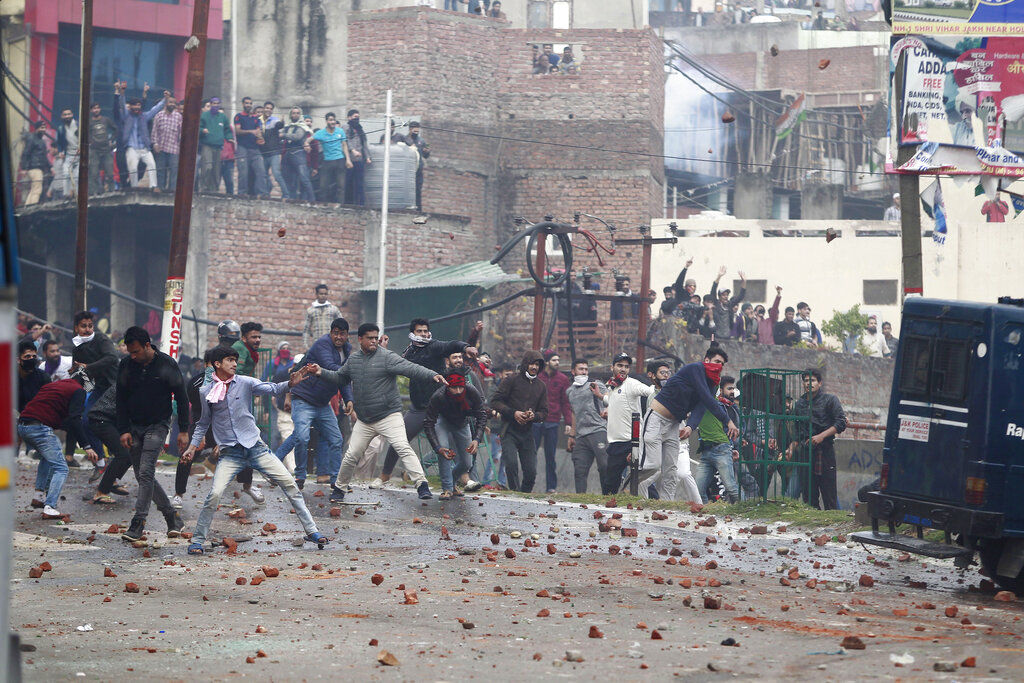 The Supreme Court on Friday directed the chief secretaries and DGPs of 11 states to take 'prompt' action to prevent incidents of 'threat, assault and social boycott' of Kashmiris, including students, in the wake of the Pulwama terror attack.

Seeking a response from states where incidents of threat and violence have been reported, a bench headed by Chief Justice Ranjan Gogoi also directed that the police officers earlier appointed as nodal officers to deal with lynching incidents would now have to handle cases of assault on Kashmiris.

The bench asked the Union home ministry to publicise the appointment of nodal officers so that the people targeted know they can be approached.

'The chief secretaries, the DGPs and the Delhi police commissioner are directed to take prompt and necessary action to prevent the incidents of threat, assault, social boycott, etc., against Kashmiris and other minorities,' the bench, also comprising Justice Sanjiv Khanna, said.

Lawyer Tariq Adeeb had filed a plea seeking a direction to the Centre and other authorities to prosecute people engaging in hate speech, and to appoint a nodal officer in every state and Union Territory, including politically-sensitive districts, to prevent acts of violence, discrimination and vigilantism.

It also sought the immediate setting up of a nationwide helpline number and a website containing contact details of the nodal officers appointed in politically-sensitive districts.

Grateful to the Hon Supreme Court of India for doing what our elected leadership in Delhi should have been doing. The union HRD minister was busy living in denial & a Governor was busy issuing threats. Thank goodness the Hon SC stepped in.

Relieved about the SC order to ensure Kashmiri students based outside J&K are not harassed or face social boycott . Shameful that the honourable judiciary took decisive action where others conveniently turned a blind eye.

Senior advocate Colin Gonsalves, appearing for the petitioner, claimed that 10 more incidents of assaults have taken place in various states after the petition had been filed.

Attorney General K.K. Venugopal said the central government had issued the requisite advisory. 'The Centre has already issued advisory to all states and UTs on February 17 but we can't tell the states about their specific actions that can be taken in such cases because law and order is a state subject,' he said.

The bench has listed the matter for further hearing next Wednesday.