Not in a position to influence witnesses or tamper with evidence, says jailed AAP minister 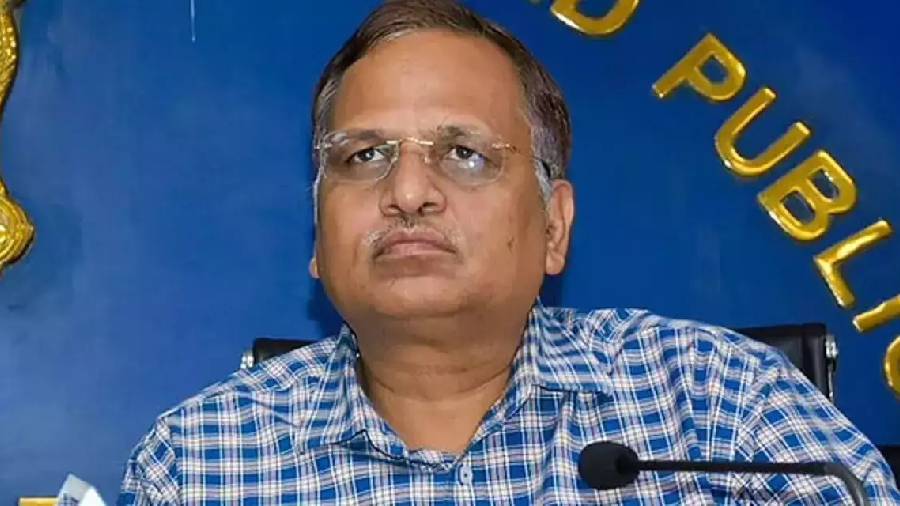 Jain said he is not in a position to influence witnesses or tamper with evidence and is not a flight risk if granted the relief in the case of ED's ECIR (the equivalent of FIR) registered on September 30, 2017 under the Prevention of Money Laundering Act (PMLA),

The plea is likely to come up for hearing later this week.

Jain has challenged the trial court's November 17 order which dismissed his bail plea on the ground that he was prima facie involved in concealing the proceeds of crime.

In his plea, the AAP leader claimed that since he was not in possession of any proceeds, the offence under the PMLA was not made out.

It claimed that the special judge and ED have gravely misread and misapplied the PMLA by identifying proceeds of crime solely on the basis of accommodations entries which cannot itself lead to a punishable offence under the Act.

Proceeds of crime under the PMLA has to be derived as a result of scheduled criminal activity, it said.

Jain, who was arrested by the ED on May 30, is currently in judicial custody. He was granted regular bail by a trial court on September 6, 2019 in the case lodged by the CBI.

Besides him, the trial court had also denied bail to two co-accused -- Vaibhav Jain and Ankush Jain -- saying that they "knowingly" assisted Jain in concealing the proceeds of crime and were "prima facie guilty" of money laundering.

The trial court had said "prima facie" Jain was "actually involved in concealing the proceeds of crime by giving cash to the Kolkata-based entry operators and thereafter, bringing the cash into three companies... against the sale of shares to show that income of these three companies was untainted one."

"By this process, the proceeds of crime to the tune of 1/3rd of Rs 4.61 crore has been laundered. Apart from that, Jain has also used the same modus operandi to convert his proceeds of crime of Rs 15 lakh by receiving accommodation entries from Kolkata-based entry operators in his company by the name of J J Ideal Estate Pvt Ltd," it had noted.

It had said that Jain had knowingly done such activity to obliterate the tracing of the source of ill-gotten money and accordingly the proceeds of crime were layered through Kolkata-based entry operators in a way that its source was difficult to decipher.

"Hence, applicant/accused Satyendar Kumar Jain has prima facie indulged in the offence of money laundering of more than Rs 1 crore," the trial court had said, adding that money laundering was a "serious economic offence".

The ED had arrested the accused in the money laundering case based on a CBI FIR lodged against Jain in 2017 under the Prevention of Corruption Act.

Jain is accused of having laundered money through four companies allegedly linked to him.

Recently, the court also took cognisance of the prosecution complaint (charge sheet) filed by the ED against Jain, his wife and eight others, including the four firms, in connection with the money laundering case.