The death figures could be higher because many families clandestinely cremated the dead bodies to escape the wrath of district administration, police and excise officials 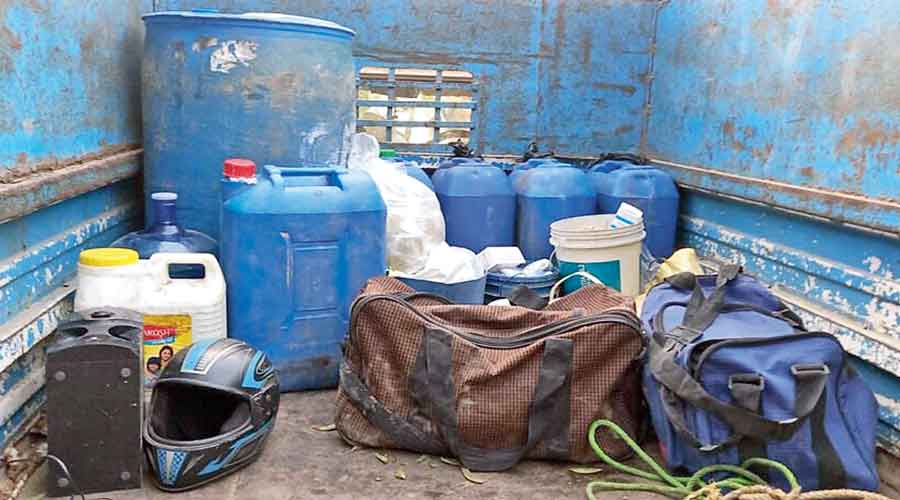 The toll in the hooch tragedy in dry Bihar’s Saran district shot up to 14 on Friday after seven more persons lost their lives.

The death figures could be higher because many families clandestinely cremated the dead bodies to escape the wrath of district administration, police and excise officials.

Several others are battling for their lives in private and public hospitals in different parts of the state and their family members are shying away from registering a complaint because of the fear of the draconian prohibition law which was brought by chief minister Nitish Kumar-led government in 2016 to ban liquor.

A few persons have lost their eyesight after allegedly consuming illicit liquor.

Saran district administration claimed to have information about only seven deaths. It was, till Thursday, dismissed the loss of lives in the hooch tragedy as rumours and later claimed the deaths were the result of the harsh cold wave sweeping through Bihar.

Many family members of the deceased revealed that they died after consuming liquor.   Saran district magistrate went on leave on Friday to attend the last rites of his grandfather.

Meanwhile, rattled by the deaths, police and excise officials launched raids in Amnour, Maker and Marhaura police station areas where the deaths occurred. Police arrested 52 persons and recovered around 430 litres of alcohol.

“Seven persons have died in the suspected hooch tragedy as per the data available with us. Three of them were cremated by their family members, while we managed to get the post-mortem done of the remaining four deceased. The reports are yet to come,” Saran SP Santosh Kumar told The Telegraph.

“We have arrested 52 persons in connection with the suspected hooch deaths in raids till now and recovered 380 litres of spirit, 40 litres of country liquor and around 10 litres of IMFL. We suspect that the hooch was prepared with the spirit. Further interrogation and investigation is going one,” Santosh added.

The SP said that a separate FIR on the basis of the statement of a person taken ill after consuming hooch led to the arrest of four persons. Maker station house officer and a village chowkidar (guard) have been suspended after the hooch tragedy.

Bihar has seen 136 hooch deaths in the past one year. The frequency of such incidents has increased since November 2021 and has led to the demand for a realistic review or dismissal of prohibition by Nitish’s allies and Opposition alike.

The implementation of prohibition never stopped liquor trade and consumption in the state. It simply pushed it underground with the mafia taking deep roots in nexus with the enforcement agencies.

It is an open secret that a large quantity of IMFL is being smuggled through Uttar Pradesh, Jharkhand, Bengal and Nepal into Bihar on a daily basis.

On the other hand, country liquor brewing has become like a cottage industry in the industrially backward state. People do not come out in the open against such activities out of the fear of the muscle and reach of the mafia.