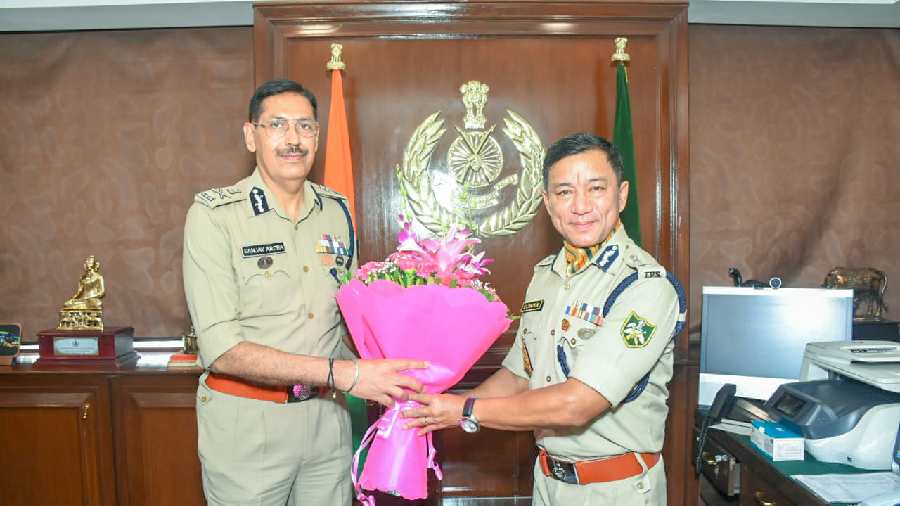 Arora was accorded the ceremonial guard of honour by the police force upon his arrival at the Delhi Police Headquarters at Jai Singh Marg.

The 57-year-old officer, who headed the paramilitary force Indo-Tibetan Border Police (ITBP), was once part of the Tamil Nadu Police's special task force which later hunted down forest brigand Veerappan.

He will succeed Rakesh Asthana, a Gujarat cadre IPS officer, who retired on Sunday after nearly 38 years in service.

Before Arora and Asthana, Ajai Raj Sharma, a 1966-batch IPS officer of the Uttar Pradesh cadre, was appointed as the Delhi Police chief in 1999 when L K Advani was the Union Home Minister.

Arora's appointment as the Delhi Police chief came after the Union home ministry approved his inter-cadre deputation from Tamil Nadu care to AGMUT. The Delhi Police functions under the Union Home Ministry and its officers belong to the Arunachal Pradesh-Goa-Mizoram and Union Territory (AGMUT) cadre.

Both officers Arora and Thaosen, belong to the 1988-batch Indian Police Service (IPS).  Arora handed over the baton to Thaosen at the ITBP headquarters located at CGO complex on Lodhi Road.

Arora was given a ceremonial 'general salute' by an ITBP drill contingent before he donned the Delhi Police insignia and badge on his 'khaki' uniform and departed.

Thaosen, an IPS officer from the Madhya Pradesh cadre, was recently appointed the Sashastra Seema Bal (SSB) DG and took charge of the Nepal and Bhutan borders guarding force on June 1.

"He shall hold additional charge of the post of DG, ITBP vice Shri Sanjay Arora, till the appointment and joining of the regular incumbent or until further orders whichever is earlier," according to a government order.

About 90,000 personnel strong, Indo-Tibetan Border Police (ITBP) is primarily tasked to guard the 3,488 kms long Line of Actual Control (LAC) with China apart from rendering a variety of roles in the internal security domain.

“Thaosen went through a quick introduction of officers and a brief operational review of the force after taking charge,” a senior ITBP officer said.