Advertisement
Home / India / Sana Mufti: The voice that beat the gag in Jammu and Kashmir

Sana Mufti: The voice that beat the gag in Jammu and Kashmir

The daughter of People’s Democratic Party (PDP) president Mehbooba Mufti, isn’t shy of putting her mouth to how her mind ticks 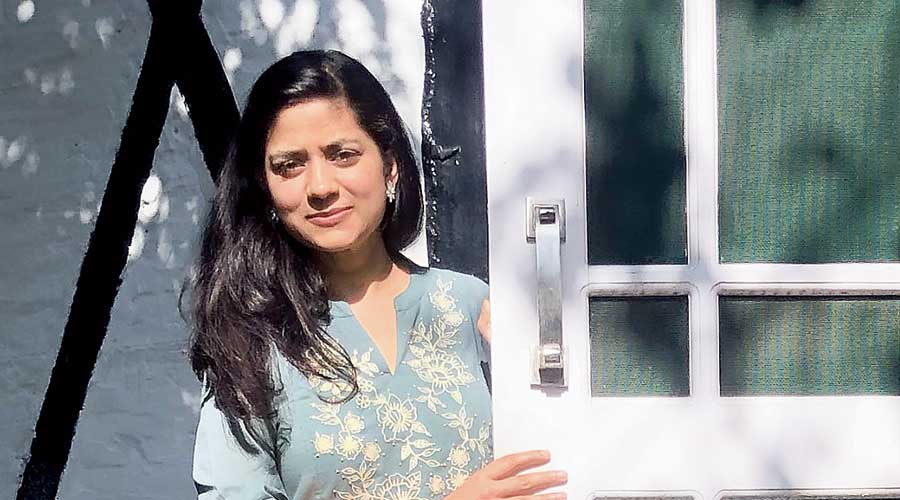 Many may wonder, herself included, why she qualifies for newspaper space. “Quote me?” she exclaims with a touch of alarmed incredulity, “But why? What have I done?”

“Quote me, but quote me to represent me as very angry and very upset and very outraged at what has happened in Kashmir and what is going on happening. Quote me to say that Kashmir is being used like a milch cow by New Delhi and its locally appointed actors. Quote me to say that it is a milch cow that is being bled to secure vote banks in the rest of the country. Say that from me, this needs to be said, someone has to say it.”

This isn’t the first time Sana is getting into print or putting herself out to be heard in the public space.

When she took over her mother’s official Twitter handle in the second half of 2019 — “I made sure I had written permission from her to operate the handle” — she virtually became Mehbooba Mufti herself, an appointed proxy who began to tell whoever cared to listen what the PDP boss wished to say but could not.

There was a time, a fairly long time, after the abrogations of August 5, 2019, that no leader worth half a decibel’s voice in the Valley was spared the chains or the muzzle.

Sana figured an innovative way of keeping the broadcast station — and the pervasive outrage in Kashmir — active.

Sana says: “Maybe I should not even be saying this but I think for a long time they (the security agencies) couldn’t figure out just how Mehbooba Mufti was continuing to tweet, or even who was doing it.”

It was a cheeky act, and a risk-laden one, but it “needed to be done”, Sana says.

“We had been completely muffled, all of Kashmir had been brutally silenced,” she adds. “Someone needed to speak, and I was able to figure a way. I knew my mother wouldn’t want to be silenced, I decided to speak for her, for our people.”

The approach to Fairview Villa, the fabled Gupkar Road residence of the Muftis
Sankarshan Thakur

I ask her if she has progressed from playing proxy for her mother and become a political entity herself. “Oh, but why?” she chortles back, with the same tone of disbelief.

“Why would I want to be in politics? Why does everyone expect me to be a politician? No, I am not, and I don’t plan to be.”

But again, that said, she resumes to inhabit a very political self.

“Look, in Kashmir, being a Kashmiri, you cannot help being political; everyone is political here, and perhaps they have to because of the situation here, because (of) the things that are happening. We have no choice. We are being crushed, we have to respond. Everything is political.”

Sana speaks briefly of being often advised by close well-wishers that she should opt out, leave Kashmir, go away, maybe make a life for herself outside the country. “But I cannot do that, can I? This is my home, I have strong memories of my grandfather (the late Mufti Mohammed Sayeed) and of assisting him with work towards the end of his years when he was still chief minister. I have my mother here, I need to stand by her, she is struggling but she is a fighter, and I need to be with her.”

But that’s already three-fourths of the way into what a politician does, isn’t it? “I am not sure if you can call it that. I am not a politician, no. My mother is one, and she is a good and hard one, and when she needs me, I am going to be there. I am not going anywhere. Everything around is so grim and so uphill, that’s where we are at the moment.”

We are sitting in a large and commodious lounge overlooking a manicured lawn banked by evergreen hedges and flower beds of the kind that probably only spring in Kashmir. This is a flank of the Fairview villa on Gupkar Road where the late Mufti would often spend his working and conversing hours. And this is where the Mufti family has lived since 2005.

An imperial driveway leads up to the main porch of Fairview from the main entrance, and all around the residence is an acreage liberally blessed with the natural gifts of the Valley. So it rings strange that mid-conversation Sana turns to liken it to a prison.

But she’s at liberty to go and come as she wills, isn’t she, and she does go out often? “Well yes,” she says, “But I must always travel under guard, in secured vehicles, and wherever I go, they follow me. It is not as if I can go out unencumbered. We are always under guard, always being watched, and you know of course that for periods this house has also being designated a sub-jail by the government.”

Fairview isn’t a place you can return from without being seduced by how gorgeous it is to behold. But in its shadows lie ogres of a past that refuse to be banished.

During the peak of armed militancy in the Valley — from 1989 to 1996 — Fairview was known by another name with a ring so ominous its mention still triggers fear and foreboding: Papa II it was called, and it was a paramilitary-run interrogation and detention centre whose horror stories will not cease to be told for a while yet.

J&K: a sustained project of 'disempowerment'

Articles 370 and 35A: Javelin nails lie on valley