Recently in Parliament, Mulayam Singh had said that he wished that Narendra Modi would become the Prime Minister again 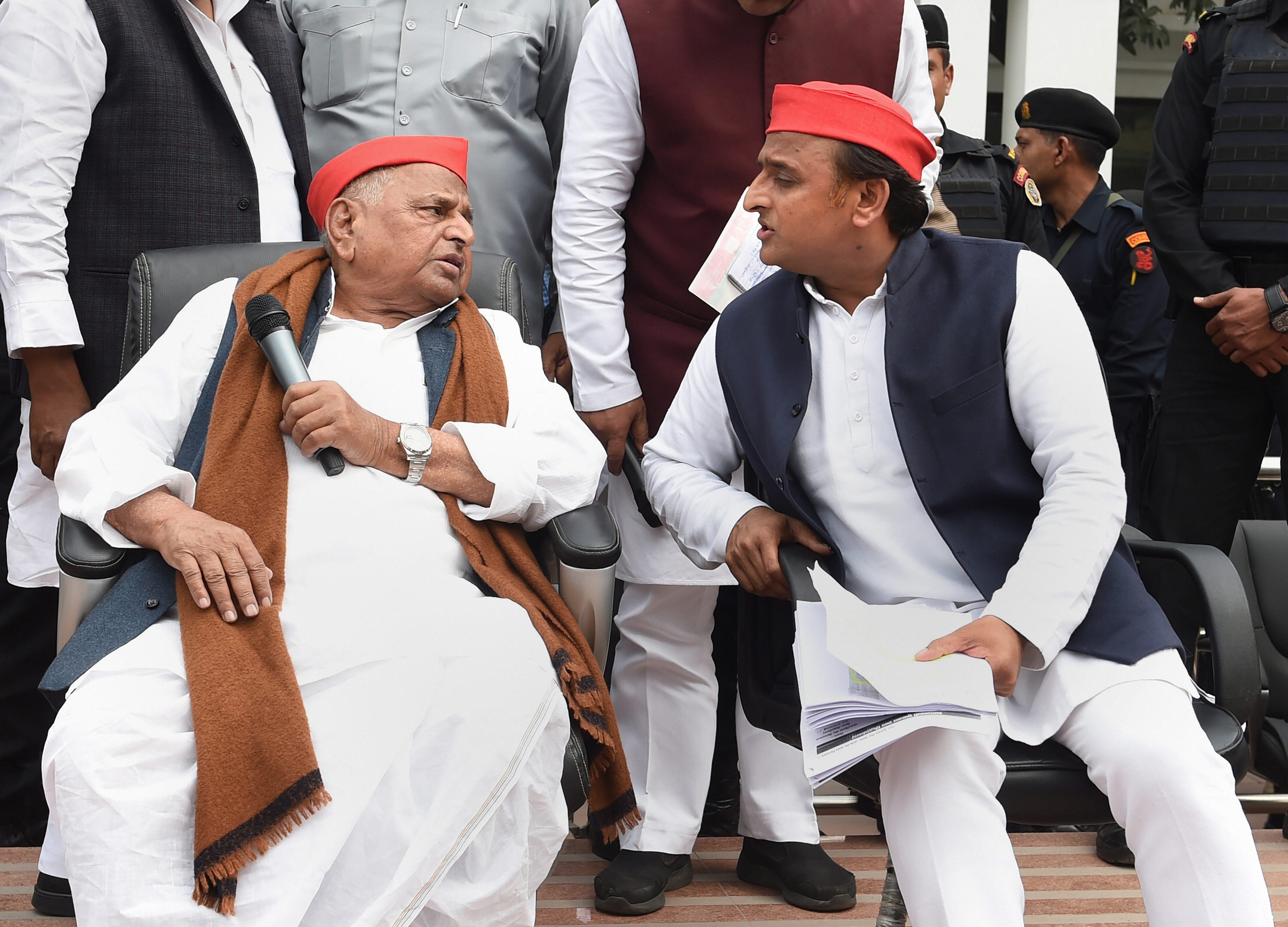 The Samajwadi Party will contest 37 seats and the Bahujan Samaj Party 38 in Uttar Pradesh in the Lok Sabha polls, the two parties said on Thursday while releasing a list on this.

Samajwadi founder Mulayam Singh Yadav, who is at loggerheads with his son Akhilesh, said he is upset with the alliance forged by his son and the Bahujan Samaj Party.

Recently in Parliament, Mulayam had said that he wished that Narendra Modi would become the Prime Minister again.

Addressing party workers at the SP headquarters in Lucknow, he urged them to approach him if they wanted tickets to contest the elections and suggested he could change any decision taken by Akhilesh. 'How many of you have given applications to me? Nobody. Then how will you get the ticket. Akhilesh will give the ticket, but I can change it,' he said.

'Now, tell me, what is the basis for giving away half the seats. Now we have only half the seats left. Our party was stronger,' Mulayam said. 'We are strong. Our men are weakening the party. What a strong party we had made, and I became the CM and the defence minister as well,' he said, suggesting that the party had seen better days under him.

'The BJP's election preparation is better. It has an edge over us,' he told party workers, and suggested that candidates should be announced soon so that they can begin work on the ground.