Police say they found no evidence of any attempted sacrilege at the gurdwara, where three policemen were injured trying to protect the accused from the mob 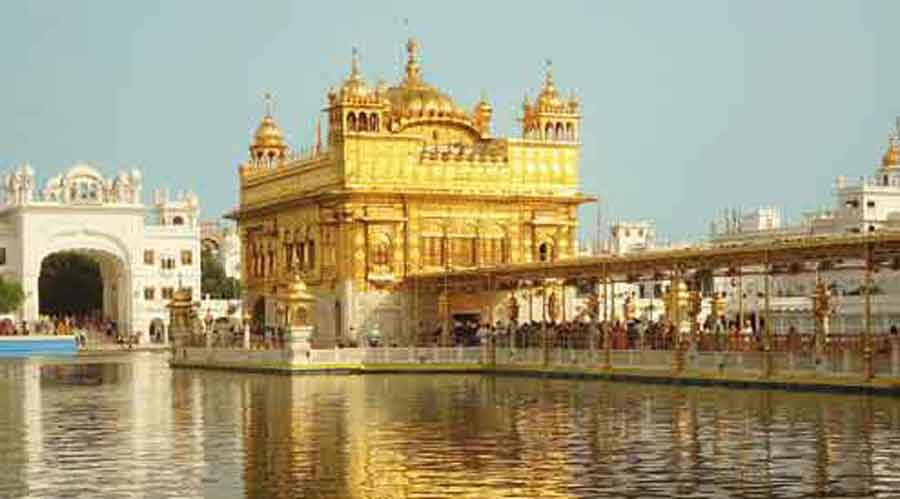 A man allegedly attempted desecration at the Golden Temple in Amritsar and was beaten to death by a congregation on Saturday, while another was lynched for “disrespecting” the Sikh religious flag at a gurdwara in a Punjab village on Sunday morning.

Both victims remain unidentified. A special investigation team will probe the Golden Temple incident. Police say they found no evidence of any attempted sacrilege at the gurdwara, where three policemen were injured trying to protect the accused from the mob.

Amritsar police commissioner Sukchain Singh Gill said CCTV footage showed a man entering the Golden Temple around 11am on Saturday and sleeping for a few hours in front of the Akal Takht.

Sometime after 6pm, the man jumped across the railings inside the sanctum sanctorum, picked up the ceremonial sword and approached a place where a Sikh priest was reciting the holy Guru Granth Sahib.

He was caught and was being taken to the Shiromani Gurdwara Parbandhak Committee office when an angry sangat (congregation) thrashed him, causing his death.

A case has been registered under IPC sections 295A (acts intended to outrage religious feelings) and 307 (attempt to murder).

The manager of the gurdwara in Nizampur village, off the Kapurthala-Subhnapur road, claimed seeing a young man trying to disrespect the Nishan Sahib (religious flag) early in the morning. He said the man, who seemed a migrant labourer, tried to flee but was caught by the gurdwara sewadars (workers).

The police said the man was eating chapattis in the gurdwara kitchen and may have had theft on his mind. He tried to flee when spotted.

Police efforts to take the man into custody led to violence, causing his death and injury to cops. A case under section 295A has been registered.