Police have launched a special drive, 'Operation Broken Window', to take action against those indulging in violence 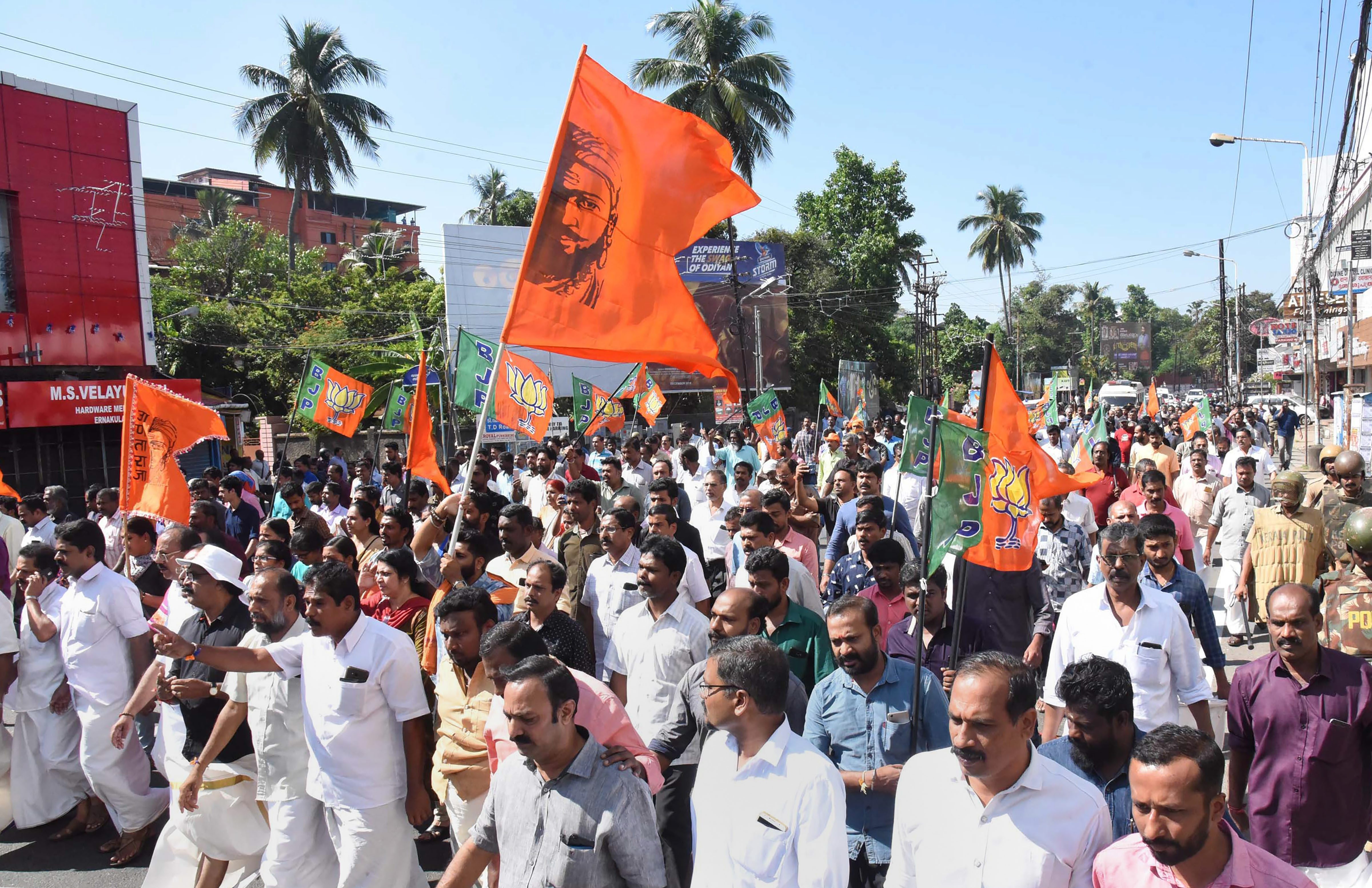 As many as 266 people have so far been arrested in connection with the violent protests staged by Right wing groups in the last two days after two women of childbearing age entered the Sabarimala temple, police said on Thursday.

A group of 334 people were taken under preventive custody, they added.

As the state continued to witness massive violence due to the hartal called by Hindu outfits, the police launched a special drive, 'Operation Broken Window' to take action against those indulging in violent protests, they said.

The special branch will prepare the list of those indulging in violence and hand it over to the district police chiefs for further action, the police said in a release.

A policeman patrols a deserted road in Kochi on Thursday.
PTI

A photo album of the perpetrators of violence would also be prepared, the release said, adding that special teams would be set up to make arrests.

Mobile phones of suspected persons would be confiscated and sent for digital examination and raids would be carried out at their homes, to unearth arms, if any, it said.

Cases would also be registered against those involved in an alleged hate campaign on social media, it added.

Kerala has been on a boil since Wednesday when two women — Bindu and Kanakadurga, both in their forties — trekked to the Ayyappa shrine in Sabarimala and offered prayers early on Wednesday.

The dawn-to-dusk shutdown called by the Sabarimala Karma Samithi, an umbrella organisation of various pro-Hindutva groups, and the Antarrashtriya Hindu Parishad on Thursday led to violent protests.