The accused entered the court at 9.33 am on the day of the incident with two bags, one of which he left behind inside the courtroom 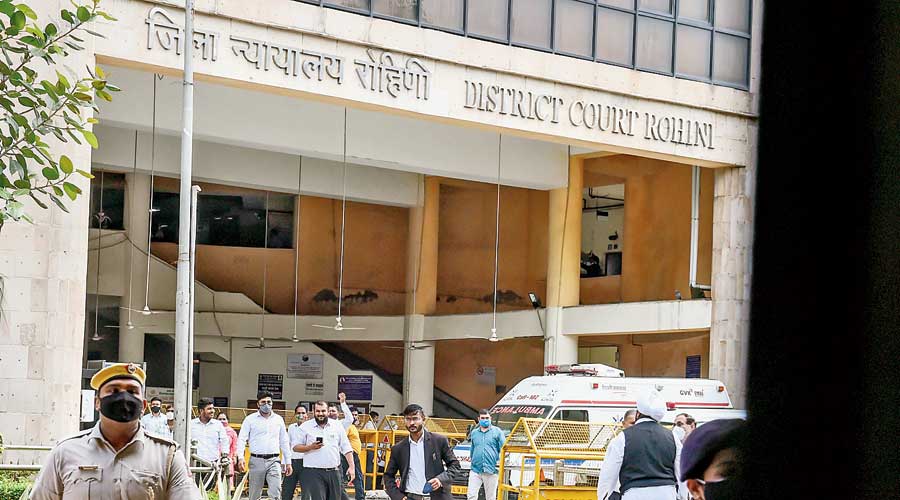 A senior DRDO scientist has been arrested for allegedly planting an improvised explosive device (IED) in a tiffin box with an intention to kill his neighbour in the Rohini district court here earlier this month, police said on Saturday.

The IED that triggered a low-intensity explosion in courtroom number 102 on December 9 had left a person injured.

According to Delhi Police Commissioner Rakesh Asthana, Kataria, who is a senior scientist at the Defence Research and Development Organisation (DRDO), entered the court premises at 9.33 am on the day of the incident with two bags and left one of those behind inside courtroom number 102. The accused left the court premises at 10.35 am.

Kataria had planted the IED in a tiffin box and left the bag containing the tiffin box inside the courtroom as he wanted to kill his neighbour, who is a lawyer, police said.

"Both the parties had lodged several cases against each other. They live in the same building. Prima facie, it seems that Kataria had a grudge against the lawyer," a senior police officer said.

Teams from the Forensic Science Laboratory (FSL) and the National Security Guard (NSG) had visited the site of the explosion and it was found that the materials used in making the IED were easily available in the market.

The IED was not properly assembled due to which only the detonator exploded, police said.

The details of around 1,000 cars that had entered the court premises on the day of the incident were checked and the CCTV footage obtained from the court was analysed by the investigating officers, they added.