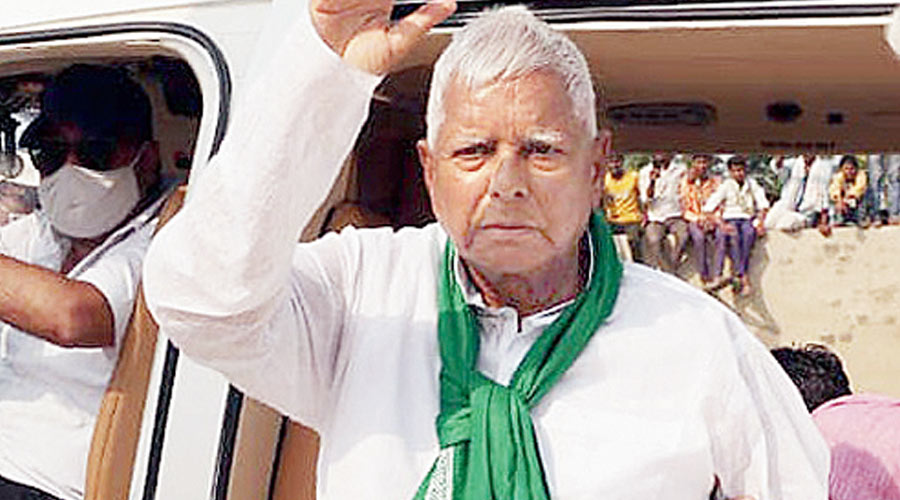 A special CBI court in Ranchi on September 16 had allowed Prasad's plea seeking release of his passport.

At present, Prasad is on bail in the IRCTC scam case filed by the CBI.A court granted him bail in the case in January 2019.

The CBI FIR alleged that Lalu Yadav as railway minister handed over the maintenance of two railway hotels to a company after receiving bribe in the form of prime land in Patna through a benami company.