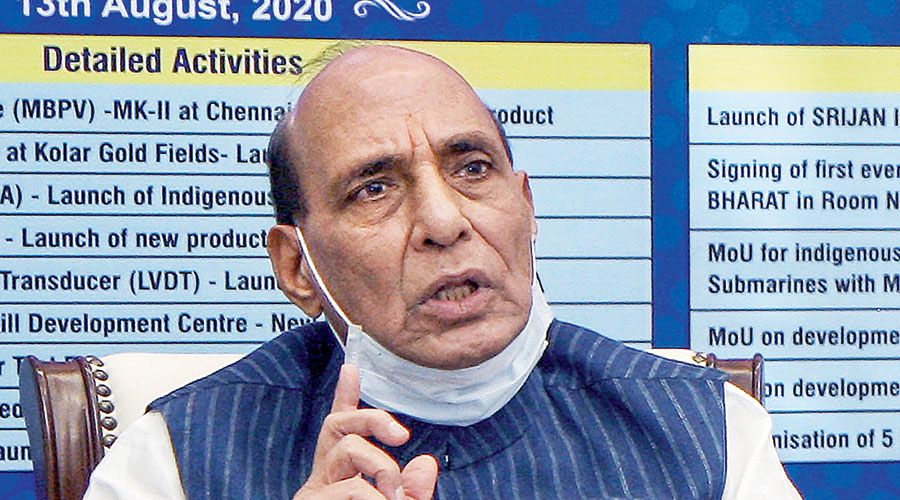 Chinese troops have been continuing construction work, including building of roads and additional camps, in the “occupied” zones in eastern Ladakh despite Beijing and New Delhi last week maintaining during diplomatic talks that the two sides would keep working towards complete disengagement along the Line of Actual Control.

Defence ministry sources on Wednesday hinted that the two sides were planning to hold another round of military talks next week to initiate the stalled disengagement process.

“The stalemate continues after a series of talks, and the disengagement process at the multiple friction points has completely stalled. What is more worrying is that the Chinese troops have not budged from their occupied zones and continue building roads and military camps inside India-claimed lines amid the ongoing dialogue,” said a security official attached to the home ministry.

The latest diplomatic talks between India and China last Thursday had failed to achieve a breakthrough but both sides had agreed to carry forward the dialogue and communication through military and diplomatic channels.

So far, the five rounds of military talks, in addition to the diplomatic discussions, have failed to break the logjam.

“The date has not been fixed yet but another round of military talks is expected to take place by the end of next week,” said a defence ministry official.

During the diplomatic and military talks, India has been pressing for restoration of status quo ante at the friction points — the Pangong Lake, Hot Springs and the Depsang Plains — where the Chinese troops have been holding on to their newly claimed zones and have so far shown no intent to pull back to their side of the LAC.

The Chinese People’s Liberation Army, the defence ministry official said, has been adamant on not pulling back from the Finger areas near the Pangong Lake, causing the impasse. “They are now claiming the occupied zones as their own territory and want Indian troops to move further back from our own land. They have been very rigid,” the official said.

The sources said defence minister Rajnath Singh had last week held a review meeting with national security adviser Ajit Doval, Chief of Defence Staff Bipin Rawat and the tri-services chiefs. “During the meeting, the minister was given a PowerPoint presentation on the prevailing situation along the LAC, especially the friction points, and the operational preparedness of the Indian Army,” said another security official.