Respite for Mumbai after two days of incessant rains

Transport services back to normal 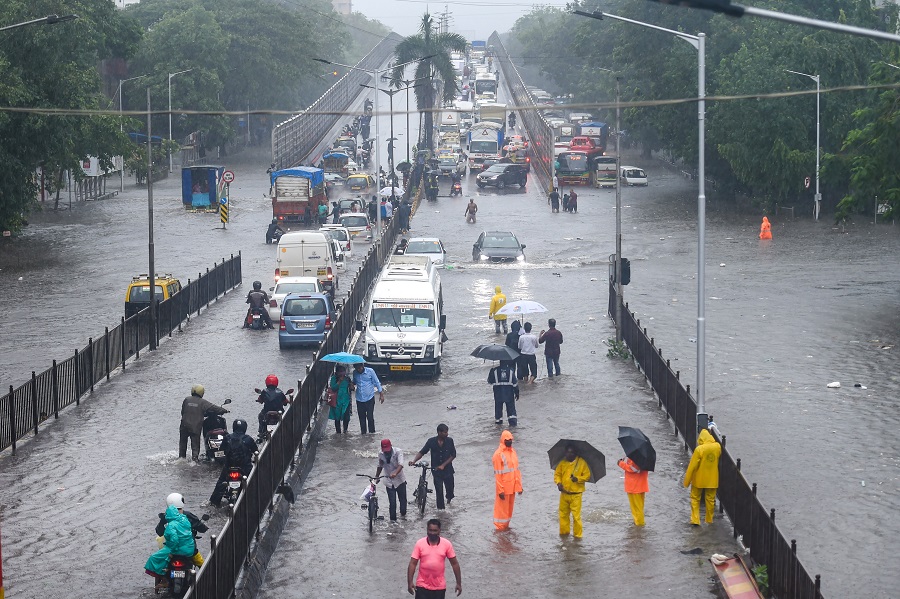 After two days of continuous showers, the residents of Mumbai got some respite on Friday morning as rains took a break in the city and its suburbs, civic officials said.

The transport services in the city, including the suburban trains and buses, are running as per their normal schedule, they said.

The south-west monsoon had arrived in the city with a bang on Wednesday as heavy rains caused flooding on roads and rail tracks, disrupting suburban train services. The first rains of this year's monsoon season in Mumbai had also caused water-logging in various parts of the city on that day.

In the last 24-hours, the eastern suburbs of Mumbai received 51.76 mm rainfall, followed by 43.42 mm in the island city and 34.33 mm in its western suburbs, an official of the Brihanmumbai Municipal Corporation (BMC) said.

Another official said that after two days of continuous rain, showers have stopped in the city and suburbs since around 9 am and the citizens also got to see sunlight.

The civic administration was on its toes as a high tide of 4.34 metres was expected at around 12.54 pm on Friday. But as the rain has stopped, they have heaved a sigh of relief.

At least 12 people, including eight children, were killed and seven others injured after two floors of a three-storey residential building collapsed on an adjoining single-storey house in Malwani in suburban Mumbai around 11.15 pm on Wednesday, when Mumbai experienced heavy rains throughout the day. Besides, one person died in a separate incident of house crash on Thursday evening at Dahisar, a western suburb of Mumbai, civic officials said.

Central Railway's chief spokesperson Shivaji Sutar said that suburban services on the main line were affected briefly between Thane-Mulund around 9.30 pm due to track fracture, but it had nothing to do with rain.

According to BMC officials, the IMD has predicted "moderate rainfall in the city and suburbs with possibility of heavy to very heavy falls at isolated places" for the next 24 hours.