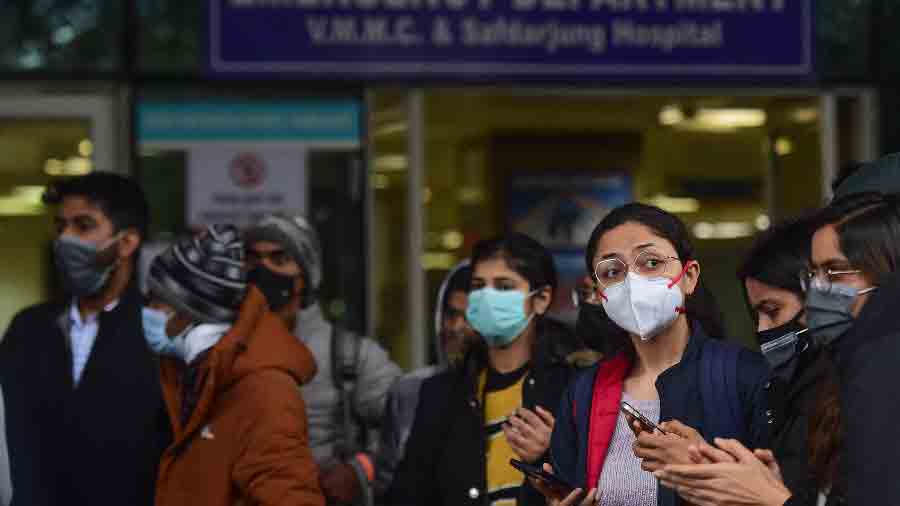 Resident doctors in Delhi, who have been protesting over the delay in NEET PG counselling for two weeks, on Friday called off their strike after receiving assurances from the government that their demands would be looked into, their federation said.

The stir by the Federation of Resident Doctors' Association (FORDA) was called off at 12 noon, FORDA said in a statement.

Patient care had been affected at several major hospitals in Delhi in this period as resident doctors have been boycotting services to lodge their protest.

The federation on Thursday had sought withdrawal of police cases lodged against some of their colleagues in the fraternity after a face-off between medics and police personnel in the streets on Monday.

"On Thursday, a series of meetings of FORDA representatives was held with multiple Delhi Police officials. It was highlighted by Delhi Police that they have the highest regard for doctors," the federation said in its statement.

They also assured that police complaints lodged against resident doctors will be taken care of as per the legal procedures," FORDA claimed.

"A virtual meeting of FORDA members with all RDAs' representatives was convened late in the evening whereby all the proceedings were conveyed, all points of concern were discussed in details. It was unanimously decided to call off the agitation on 31st December, 2021, 12:00 pm, considering various factors, including patient care," it said.

It was also decided that a national meeting with all RDAs' representatives will be convened by FORDA on January 6, it added.

Their primary demand from the Centre was expediting of the NEET PG counselling process.