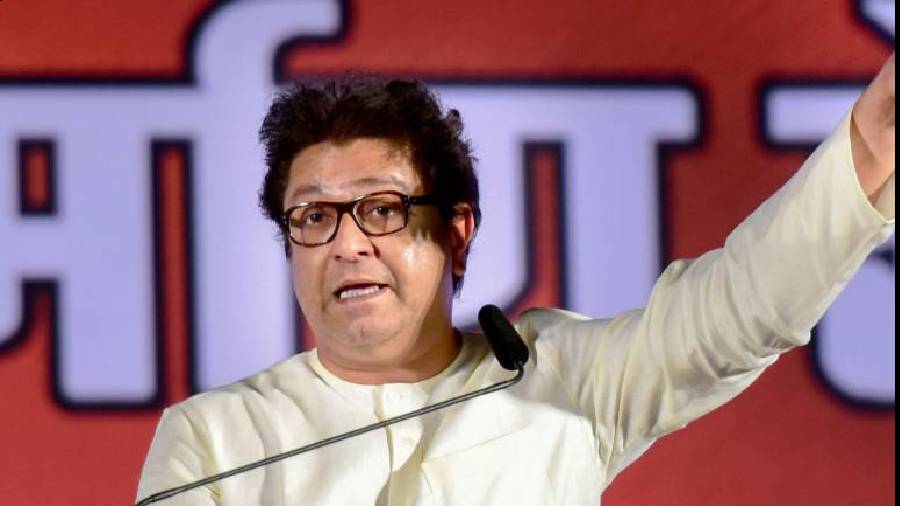 Raising the pitch for Hindutva, MNS president Raj Thackeray on Sunday said he will visit Ayodhya on June 5 to take darshan of Lord Ram and appealed to "Hindu brothers" to "be prepared" if loudspeakers are not removed from mosques by May 3.

Stating that loudspeakers relaying the 'azaan' call is more a social issue than a religious one, Raj Thackeray said they don't want peace in the society disturbed, "but if the use of loudspeakers continues then they (Muslims) will also have to listen to our prayers on loudspeakers".

"On May 1, I will address a public gathering at Sambhajinagar (Aurangabad). On June 5, I will visit Ayodhya for darshan along with MNS volunteers. I also appeal to others to come to Ayodhya," the Maharashtra Navnirman Sena (MNS) president told a press conference in Pune.

When asked about the purpose of his visit to Ayodhya, Raj Thackeray parried the question, saying he has not travelled out for a long time.

Interestingly, amid a war of words between the ruling Shiv Sena and Raj Thackeray, Sena MP Sanjay Raut on Saturday said that state minister Aaditya Thackeray will visit Ayodhya next month.

He reiterated his demand that loudspeakers on mosques be removed by May 3 or else MNS will play 'Hanuman Chalisa' eulogising Lord Hanuman on loudspeakers outside mosques.

"People think that loudspeakers atop mosques is a religious issue but it is a social issue. If you want to play loudspeakers five times a day then we will play 'Hanuman halisa' five times in front of mosques. I appeal to all Hindu brothers to be prepared. We will wait till May 3 when Ramzan ends. But if they don't stop, and if they think that their religion is bigger than the judiciary, then we will give tit for tat. The MNS is preparing for it," he said.

Stating that the MNS never wanted communal riots to take place in the country or to disturb the peace, Raj Thackeray said the Muslim community should look at the demand for the removal of loudspeakers from mosques from a humanitarian angle.

"We are not opposing their prayers. But if they insist on using loudspeakers then they will have to listen to our prayers on loudspeakers," the MNS chief said.

He narrated an incident involving a Muslim reporter who had told MNS leader Bala Nandgaonkar how he had to visit the mosque near his house and ask the management to shut down speakers as his newborn child is disturbed by the loud noise of prayers.

When asked about the police action against MNS volunteers for playing Hanuman Chalisa on loudspeakers, Raj Thackeray asked why separate legal parameters are applied for mosques and MNS workers.

Replying to the purported statement of a Popular Front of India leader that nobody will be allowed to touch loudspeakers atop mosques, Raj Thackeray said, "our hands are not tied".

"If our processions are attacked then we won't stay calm. Our hands are not tied. Don't force us to pick up weapons," he said when asked about the attack on a Hanuman Jayanti procession on Saturday.