Opposition parties had the common goal to dislodge BJP but failed to build a national narrative, the RJD chief stated 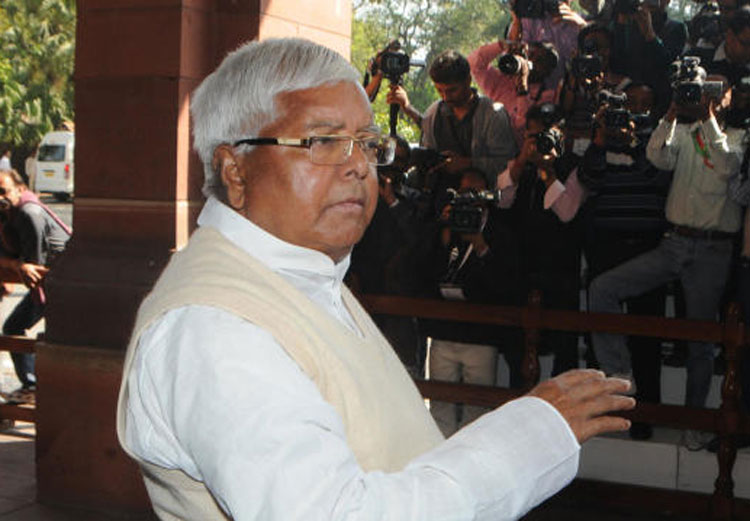 This article is an analysis of the Lok Sabha election results by Lalu Prasad, the RJD leader and former Bihar chief minister. Lalu Prasad, a prisoner at Birsa Munda Central Jail and now undergoing treatment at a hospital in Ranchi, shared his views with Nalin Verma, co-author of Gopalganj to Raisina — My Political Journey, Lalu Prasad’s autobiography. The interaction took place on Saturday with official permission

Rahul Gandhi’s offer to step down as Congress president will be suicidal not only for his party but for all social and political forces battling against the Sangh parivar.

It will amount to falling into the BJP’s trap. The moment someone else beyond the Gandhi-Nehru family replaces Rahul, the Narendra Modi-Amit Shah brigade will paint the new leader as a “puppet” remote-controlled by Rahul and Sonia Gandhi. This will play on it till the next general election. Why should Rahul give such an opportunity to his political detractors?

It is a fact that the Opposition has lost the election against the Modi-led BJP. All the Opposition parties engaged in replacing the communal and fascist forces should accept it as their collective failure and introspect on what went wrong.

The reason for the defeat is not far to seek.

The Opposition parties had the common goal to dislodge the BJP but failed to build a national narrative. All across northern, eastern and western India, they fought it as though it were a state election. They failed to synchronise their strategy and actions. The people were looking for a national alternative, which the Opposition parties — fighting in a disoriented manner in their respective states — failed to provide.

Every election has its own story. In this election, the BJP had Modi as the undisputed leader. But the Opposition parties didn’t have a consensus on one leader as the dulha of their baraat (groom of their wedding party). Moreover, Modi — a demagogue — found the playground bereft of the main strike bowler in a state like Bihar and just got a walkover.

People must remember that I didn’t want Nitish Kumar to become the chief minister of Bihar in 2015. But once the senior most leader of our old Janata parivar, Mulayam Singh Yadav, declared Nitish as the Bihar Mahagathbandhan’s chief minister candidate, I hit the streets declaring Nitish as the “dulha of our baraat” and asked the BJP about where is its “dulha”. We succeeded despite the fact that the BJP had earned a landslide victory in Bihar in the Lok Sabha polls only a year ago in 2014. The tables were turned on the BJP.

The Opposition parties in different states should have projected Rahul Gandhi, the President of the Congress which has a pan-India presence, as the Prime Minister candidate. There was nothing wrong for the regional parties to bargain for more seats but they should not have done the strategic blunder of not projecting someone who has a national perspective as the Prime Minister candidate.

The Congress’s manifesto was far better than the BJP’s in the context of the issues bedevilling the nation. It talked about the disaster that happened in the wake of demonetisation, unemployment, farm distress, economic slowdown and effective measures to ameliorate the condition of the aam admi at the national level.

But the manifesto, despite being very superlative in quality, failed to get the appropriate backing from the disoriented Opposition parties that signalled they were looking at their own survival rather than taking on the BJP head on.

It was not the battle of Modi versus Mamata Didi or Modi versus Mayawati and Akhilesh Yadav or Modi versus Tejaswhi Yadav. It was the battle between a fascist order and the marginalised people, unemployed youths, distressed farmers and persecuted minorities all across India. The disoriented Opposition parties failed to give a convincing platform to the people to express themselves in a united manner.

Some analysts are saying that India has changed and the philosophy of Godse has replaced that of Mahatma Gandhi. Asaduddin Owaisi has stated that the Hindu mind has been “rigged”. Others say that people have supported Modi breaking the “myth” of caste and creed. They cite the example of a terror accused, Pragya Thakur, defeating Digivijay Singhji in Bhopal. I hear some others saying that Hedgewar and Golwalkar have replaced Gurudev Rabindranath Tagore and Ishwar Chandra Vidyasagar as the icons in Bengal. These are foolish talk.

The result in a particular election can never alter the reality in as diverse and plural a country as India. It is the land of Gandhi, JP, Tagore, Pariyar, Jyotiba Phule, Ambedkar and will remain so. Our land has been cradle of composite culture for ages and will remain so.

Prime Ministers and chief ministers will keep on coming and going. But this nation will live and survive with its multi-cultural ethos. It is foolhardy to interpret the electoral success of a party — which has failed on all fronts of education, unemployment, poverty and deprivation — as something like drastic change in the social and political behaviour of the people.

Yes, it is a victory of the BJP and its Prime Minister, Narendra Modi, and a strategic failure of the Opposition but nothing beyond that.

India is large and diverse country. Elections keep happening regularly. The Opposition parties should work on their strategies in their respective states. They should boost the morale of their workers and people who have fought relentlessly against the unjust and atrocious order.

Leaving their comfort zone, they should hit the streets living with the pains and agonies of the people in the Indian hinterland. The tables will be turned sooner than later.